Has anyone had experience with Ritalin? (methylphenidate ) I'm surprised I had not heard of it being used in PD before, given the benefits they report.

It helps quality of life, mood, apathy, and facial dystonia, but has primarily been used for improving gait and reducing freezing. It is a dopamine reuptake inhibitor that also prevents a-syn misfolding.

The primary drawback seems to be that it increases sleeplessness. It has been used in PD to reduce daytime sleepiness.

This study has the best summary of past research.

Dopaminergic apathy notably occurs in PD patients undergoing STN stimulation after the tapering of dopaminergic medications. The symptoms can be relieved by the administration of dopamine agonists.

Chronic administration of high-dose MPD (for three months) was associated with a significant reduction in apathy (as measured on the Lille Apathy Rating Scale (LARS)) in a subgroup of seven advanced-stage PD patients undergoing STN stimulation.

However, the study was not specifically designed to assess apathy. Methylphenidate (5 mg, twice a day) also sharply reduced severe apathy in a non-stimulated patient at an earlier stage of PD.

In conclusion, there are still too few data to draw firm conclusions as to the value of MPD in apathy in PD - although a beneficial effect is plausible.

Four open-label studies have assessed the efficacy of MPD in gait hypokinesia. ... MPD (20 mg) in 21 non-demented, non-stimulated PD patients who were free of major postural or gait disorders and had stable dopaminergic regimens. The researchers observed significant improvements in all gait parameters. The second study (by Nutt et al) found that 0.2 or 0.4 mg/kg MPD had effects on gait or on the performance of a tapping task when administered two hours after the infusion of levodopa but when not administered alone.

The third open-label study (by Pollak et al) examined the effect of low-dose (10 mg) MPD on FoG in five patients with severe PD during the "off" state. Low-dose MPD was associated with improvements in all gait parameters and FoG. . Lastly, Devos et al decided to test the effect of high-dose (1 mg/kg) MPD on gait disorders because low doses of the drug (~0.25 mg/kg) may only occupy half the striatal DaTs in humans. Over a three-month period, MPD was administered to 17 advanced PD patients [this is not the study that was negative] undergoing STN stimulation. Acute administration of MPD (in both the presence and absence of levodopa) was associated with a lower number of steps and a lower test completion time (relative to the “off-drug, on-stim” condition). Methylphenidate and levodopa reduced the parameters to a similar extent and had additive effects in this population. Twelve of the 17 patients displayed FoG episodes in either the “off drugs, on-stim” or the “off-stim, on-levodopa” condition. There was a non-significant trend towards a lower number of FoG episodes in the “on-levodopa, on-MPD” condition. In contrast to previous studies, chronic administration of high-dose MPD (in both the presence and absence of dopaminergic medications) clearly had an effect on gait disorders in advanced PD.

MPD ’s effects were [previously] mostly attributed to its impact on mood (ie its euphoriant action), which was associated with increased restless and insomnia in some patients. This might explain (at least in part) why MPD has not been further developed in PD. In fact, MPD has always been considered as a treatment for attention disorders, with potentially valuable effects on cognition and behaviour but not (at least directly) motor symptoms. ....high-dose MPD (for three months) was associated with a significant reduction in apathy ( Lille Apathy Rating Scale (LARS)) in a subgroup of seven advanced-stage PD patients undergoing STN stimulation. However, the study was not specifically designed to assess apathy. Methylphenidate (5 mg, twice a day) also sharply reduced severe apathy in a non-stimulated patient at an earlier stage of PD

The various studies of MPD and cognitive function have yielded conflicting results. The absence of a clear, beneficial effect of MPD on attention disorders in PD was recently confirmed in a double-blind, placebo-controlled, randomized study of 69 patients. 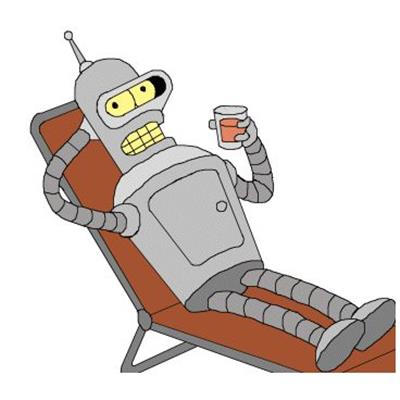 zawy
To view profiles and participate in discussions please or .
Read more about...
5 Replies
•

I use a small amount of Adderal to sharpen the mind and fight fatigue. Similar I think to Ritalin

I take Adderall and it helps with my fatigue.

They have recently started my husband on Mementine

I'm on adderal for instead of ritalin however I was on it before PD so unsure if it helps like ritalin or not but I will certainly talk to my Dr about switching if it could possibly help !

The study that mentioned Ritalin being protective against parkinson's also mentioned that amphetamines like adderall can cause PD, as well as alleviate the symptoms. I started a new topic to discuss this.

Here's an idea lets raise money for Parkinson's patients and there families. A scholarship for...