What has brought you to the Ostomy Lif... - Living with a Stoma

Do you have a stoma? Or does someone in your family have one? Share a bit about your background, and see if anyone else is in a similar position... 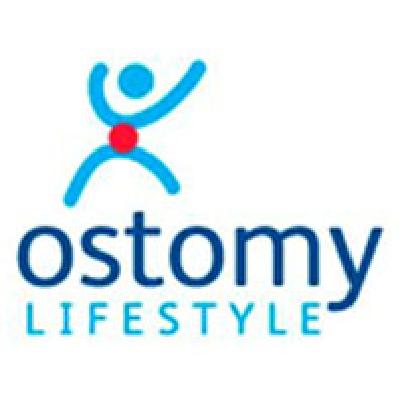 Administrator1
To view profiles and participate in discussions please or .
Read more about...
17 Replies
•

I volunteer for the charity. I do this because my little sister was diagnosed with Chron's Disease, which very quickly resulted in major surgery and a stoma. Ostomy Lifestyle were very supportive of me during the worst periods of my sister's illness, when she herself felt like she couldn't talk to anyone.

After 7 years of Ulcerative Colitis and 1 year with an ileostomy, I am passionate about helping others understand that an ostomy is not the end of the world, it is a new beginning!

Sainsbury in reply to monnie

I totally agree Monnie. I am the same after having subtotal colectomy in 2012 and removal of rectal stump with complications in 2013. I work with a colorectal surgeon and do all the camera work for colorectal laparoscopic surgery and suturing for him but until I had my ops anything out of the operating theatre I did not go into as I had other duties to do and it was his role to discharge the patients. I have had many problems since surgery with the ileostomy stump, leaking, trying different products etc and I have such an interest in helping people with ileostomies as I have now studied and had first hand experience that I feel I can help with answers etc. I call my ileostomy 'Sainsbury' as it is a bag for life and I feel that we have to have a snse of humour sometimes as we have to live with our toilet on the outside.

retep in reply to Sainsbury

I totally agree with regards a sense of humour. Like when I was chatting to a nurse who's boyfriend also had Hirschprungs. When I said about how mine would make a noise just at the wrong moment. She said that his did the same but then said that he always blamed her. Suppose they didn't have the dog at hand to blame.

MagnoliaStellata in reply to Sainsbury

I'm sure lots of people name their stomas, but won't admit to it in case others think they are childish.

I had an Ileostomy which was reversed 10 weeks ago. My stoma was called Stevie, Bombadier Stevie to be precise. He worked his way up to captain.

When I had the reversal Captain Stevie was send to deal with Colin the Colon. My rumbling stomach is merely Captain Stevie sending a progress report.

My surgeon joined in, because, when I suffered from post op sickness he suggested that we get Gary Gastric in order

I have a stoma which is the result of ovarian cancer. It was a recovery of 1 1/2 years as I developed fistulas during my recovery.

My Stoma was formed in 1999 as a result of Crohn's & other than difficulties in the first couple of years I've been in remission.

I 'took' to it really well & have never looked back, but so many people never come to terms or become comfortable with such a life changing situation which ultimately is forced on you. I'd like to think I could spread just a little positivity & help anyone faced with any of the worries all Ostomists will have had at sometime.

I was diagnosed with Ulcerative Colitis in 2002. It progressed quite quickly and by December 2005 I was virtually housebound because of incontinence. In March 2096 I haemorrhaged and was admitted to hospital. I was given high dose steroids for three weeks in an attempt to get the UC under control but as there was no change a decision was made to proceed with surgery and form a Stoma. My whole colon was removed. The intention was to do a reversal after a couple of months. However tests at the Royal London Hospital revealed that my sphincter muscles were at the lower end of normal and I was advised to wait for a couple of months. In the meantime, after a couple of months of rapid weight loss and extreme lethargy I was re admitted in August 2006 and diagnosed with medically induced (steroids) diabetes. I went on insulin immediately. In December 2006 I visited my Stoma nurse as I had a very painful sore underneath the adhesive part of my Stoma bag. My nurse, bless her, saved my life when she recognised a rare skin condition called Pyoderma Gangrenosum. It was unbelievably painful and I used to sob like a baby every bag change. That went on for 18 months and I was treated with steroid tablets, steroid cream, steroid injections into the wound. Eventually I was given Cyclosporine, an anti-rejection drug which together with the steroids caused artificially high sugar levels which we could not control. I also developed a rare side effect to the immunosuppressant and I had uncontrollably trembling throughout my body. Changing my bag, drinking etc was a nightmare. By this time I was terribly ill and in a wheelchair as I was so weak. I then suffered two bowel blockages three months apart caused by the small bowel getting caught in the four hernias I acquired. On the second one my surgeon took a chance and excised the Pyoderma which thankfully has never come back although I am told there is always the possibility. At this time I also experienced heart problems, liver and kidney problems and the decision was made to perform a panproctocolectomy which involved removal of the rectal stump and anus. Two months after I had crippling joint pains all over my body. After six months of doctors visits, scans and MRIs I was diagnosed with a severe lack of vitamin D. After three injections my body started to slowly recover. Two years ago I had four large and six small hernias repaired with mesh. Since then I haven't had to have any other surgeries and at the moment feel relatively healthy. I have to take ten different medications every day and I'm on insulin four times a day. I welcome any questions. Nothing is too embarrassing!

Oh and to cap it all I now suffer with "Painful Diabetic Small Fibre Neuropathy" as a result of the uncontrolled high sugar levels and "Early Background Diaberic Retinopathy" also because of my artificially high sugar levels.

I had UC for 7 years, I now have a stoma, just looking for information. I am finding out about the J-Pouch but don't know enough about it yet to consider it as an option.

Had adhesion's and scar tissue removed off my organs during a hysterectomy. Unfortunately it created weak spots and my bowel perforated. Had to be transported to UNC and have emergency surgery done, actually 2. Woke up several days later in the ICU strapped down to the bed with a colonoscopy and a huge gaping wound in my abdomen! They tell me that after I have finished my 6 rounds of chemo then they can do a reversal.... still trying to get used to all this!

i have a stoma had my opp 3 weeks ago,am okay with it and copeing better than i thought i would am 55 years old

Hi. I have had a colostomy now for 8 weeks.  I had routine keyhole hysterectomy and my bowel was perforated during the procedure.  I subsequently had emergency operation to remove damaged part of bowel and colostomy fitted.   I'm coping quite well, although I have my "why me" moments.  The past weekend I had my first leakage which was pretty horrendous especially as I was on my first one night stay away from home with my husband!  I also had a meltdown last week on the telephone to my bag suppliers when I was told my supplies were not on route as my GP had changed the prescription procedure, luckily the lady I was speaking to arranged an urgent delivery.  I'm hoping my stoma is reversible although I do not know yet.  I get very tired quickly and feel like I should be able to do more but my body tells me otherwise.  I hope to learn from others in my situation and would be happy to help anyone else who may have questions.  I'm new to this but as everyone will agree, you have to learn quite quickly.

I have a Stoma. But I keep getting hernia's. I am as careful as I can be not to lift etc. In fact my husband does most around the home for me. Is there a time when no more surgery can be done? I have had 4 hernia's to date and life is pretty grim for me at the moment. Constant leaking etc. I really would like to know if anyone else is in the same situation as me, thank you...

Hi Sarah here I have had a hartmans procedure , with colostomy , I am 51 , easy going and not phased by medical stuff 😊

Very many years ago I was diagnoise with IBS , Chrons disease, spastic Bowel? Although they could not give me the test with the camera into back passage. All those years I have been petscribed various medication that I am still perscribed for these are Mebeverine 3x135mg tables daily, 3 x capsules daily , since 2013 2 X Nexium 40mg gastro- resistant tablets. 2010 diagnosed with CKD level 3, same year diagnosed with rectum muscle problem treatment 4 X Movicol powders each day problems occur if for two day running I forget to tale two powders causing me great pain and distress. Recently after hospital tests they stopped me taking the Movicol powders for three day. I left the hospital on the third day without having a bowel movement instead of my usual 3 each day I felt really ill as if I was sea-sick. This sickness lasted for four days without bowel movement I finally sorted this by increasing the Movicol powders to six each day and lots of agony during those days befor a bowel movement happened. I have tried to explain my differculty but no one is listening so I am looking for advice on this site. Thank you for reading.

Reading others stories I find helpful I felt so alone with my problems. I spent three months in hospital after an emergency op I had kidney problems and was extremely weak and dazed I lost my balance and kept falling down and could not get back up. I have an ileostomy stoma all due to years of diverticular disease. It is now about eight months and I am on the mend I feel better but my surgeon wont consider a reversal at least not for a year. I am not sure I would want to risk going through all that again and think I would like to manage my stoma a lot better as I am an active person, despite changing to a different pouch with a belt I still get leaks and now have a hernia. There is a protective seal, as any one tried one?

DO NOT abandon hope if you have an 'ostomy.

ps. Having an 'ostomy does NOT affect your sex life. Some worry about this.

walking she does is from recliner to bed to bathroom. She does not go walking as instructed, she...

constipation marred with pelvic adhesions. I am having a iliostomy next week and am confused and...