Mum doesn’t sleep: My mother is having a... - Care Community

My mother is having a rough time. She has type one diabetes and vascular dementia. I live 150 miles away. She had to go into a nursing home in July as a crisis. She has been moved twice and is now in a home we all like and has been there 2 weeks. 4 weeks ago she broke her arm above the elbow. The surgeon would have operated but thought it was too risky with the diabetes.

My mum has suffered with the arm and now has cellulitis. She also has a chest infection. Her biggest problem is that she doesn’t sleep at night now. The home is giving her a 1to1 nurse/career at night and is contacting the GP. Does anyone have any suggestions please. 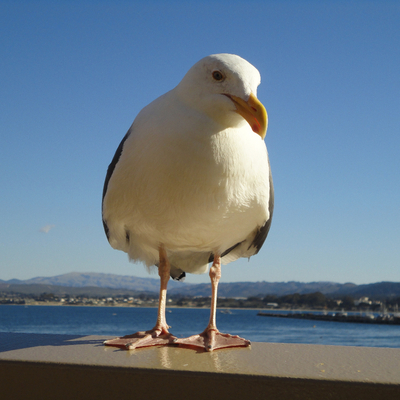 Horatius
To view profiles and participate in discussions please or .
18 Replies
•

My mother is in a nursing home and every time I visit she tells me she has been awake in the night. Probably true - but each time I visit she is asleep in her chair. People only need a certain amount of sleep in a day and if she is dozing on and off in the daytime she may not be tired at night. This along with the pain from her elbow could be the reason.

Horatius in reply to

Thank you for your kind words. I have wondered about whether she is active enough during the day.

Either way it's a very difficult thing to put up with, especially when you are living in a nursing home.

Does it frustrate your mum very much to be awake during the night when everyone else seems to be sleeping? Because if it doesn't, apart from keeping her safe, it needs no treatment, and I'd say she should just be allowed to nap when she wants to, during the day.

I honestly don't think there's anything to be gained from trying to force her to remain awake during the day. All that leads to, certainly for me, is exhaustion at bedtime and the likelihood of sleeping deeply for a couple of hours but then waking again.

The big question is of her safety when she's awake at night and there are often less staff on duty.

Provided that's covered, I'd keep her reassured that it's not harmful to be awake at night, and, if she's still able to enjoy things like radio, maybe encourage her to listen to it at quiet volume. A voice droning on is certainly one of the things that can make me 'drop off' again.

Horatius in reply to Callendersgal

Thank you for your reply. I don’t think it bothers mum but the home is trying to help mum. It is not safe for her to wander at night. Steep stairs near her room which she has gone down on her own rather than in the lift. She does have a sensory mat too.

I don't like the sound of her broken arm, plus cellulitis, plus chest infection, as well as her other health problems.

Can I suggest you make an effort to go and see her soon to spend a bit of time with her, and check she is getting good quality care! That is a lot for a frail old body to deal with all at once!

I would also get a second opinion on her arm.

You are her advocate! She may not feel like making a fuss. My hubby said and did little when he was diagnosed with CBD but just accepted everything without any emotion or question or fight. Apathy and little sign of emotion may mask any feelings or pain she has! I had to do a great deal of fighting on his behalf!

Horatius in reply to honjen43

Thank you for your kind advice. Mum is lucky in that two of my brothers live near her. I try to see her once a month and in the holidays too. I think she is in pain but can’t express it.

Hi firstly is your mum sleeping during the day if so she may not be tired at night? Perhaps she could be given something to do during the day to keep her occupied. My mum was the same and was awake in the early hours of the morning but slept a great deal during the day. Is she having caffeinated drinks near to bedtime this could keep her awake? Is she too cold or too hot or is the nursing home too noisy? Is she taking painkillers if not the pain could be keeping her awake.

Horatius in reply to Paparoachgirl

Thank you. I will check with the home over the drinks.

Your mum is going through a bad time , this may be making her restless at night. However a broken arm does not heal in four weeks so she may be still be in pain especially when lying awake at night. Chest infections need to be monitored due to risk of complications especially following a fall in the elderly. Your mum is lucky to be getting 1to 1 nighttime care and a place in a home. I would not be worried she is getting maximum care for crisis health situation and I am sure they will call next of kin if matters change. Every best wish , wounds dont heal when you are diabetic so I am sure the doctors decision is for the best especially as you live some distance away.

Horatius in reply to katieoxo60

Thank you for your reply. We do like the home and they are monitoring her at night. It just feels awful being so far away.

katieoxo60 in reply to Horatius

Understand how you feel I used to live 150 miles from my mum, infact sometimes when she had falls the paramedics would ring to let me know she was Ok, now thats what I call service. But times have changed try not to worry too much, as Doris Day would say what will be will be . Take care.

Just wonder whether Melatonin (Circadin) may help but you would have to speak to CPN or psychiatrist. My mom was prescribed it a few years ago as her body clock became completely out of sync. She had a broken wrist and occipital bone two years ago after a fall, and it didn't impede her sleep. She sleeps a lot lately, but that is purely down to the stage of her vascular dementia. We have had no issues during the night which was happening before she had these tablets, and we knew because her bed (in downstairs lounge) was by the bookcase, and half the books were piled on her bed each and every morning. Hope your mom's health improves soon.

Horatius in reply to XSitch38

Thank you. It’s worth thinking about.

I can sympathise as I live just over 100 miles away from my dad who is in a nursing home and has type 1 diabetes, vascular dementia, possibly Alzheimer's, heart problems, cellulitis in his legs and recently fell and broke his right hip and clavicle. He had to have an operation as he did last year when he fell and broke the other hip. There was no hesitation about operating on him by the hospital. He is in and out of hospital and I worry no end as I'm the only family but cannot visit as often as I would like.

I wish you luck with finding some answers as I am at my wits' end.

Horatius in reply to klr31

Thank you for your reply. I felt you really understood. It is so difficult and I have spent a lot of time with mum recently. It’s also hard to watch her go down a little every time I see her. I try to get down to see her at least once a month and in holidays too.

I do know. I'm up again with dad today but, of course, he can't remember when he last saw me. There has been a definite deterioration and he is becoming more aggressive at having to have blood sugar tested and medication, etc. It breaks my heart to not be able to see him or help him more.

My dad has been in the Home for nearly 2 years now and the staff and nurses have changed a lot in that time which doesn't fill me with confidence. They do what they can but dad needs so much attention as he has so many things going well. I've been told I am his advocate as he has never really had a social worker as he is self-funding but there's only so much I can do from so far away. I worry most of the time!

Do you have any help with social services?

since 1st September she fell at home and broke her neck & wrist she also split her head open and...

Mum wants to end it all

shes saying she cant remember things. Her biggest complaint is that when she needs to open her...

My Mum has final stage dementia, she has carers 4 times a day but either my brother or myself stay...

Dad doesn’t want to get out of bed

into care home temporarily for house mods to be made but it seems like the home could now be too...

Help to get my elderly mum active

mum. She's 80, lives alone and has arthritis in her knee and arm and also struggles because she has...

Free for All on Friday

Please look after yourselves...Novavirus is rampant.