Helpcare66: Can anyone tell me if non... - British Liver Trust

Can anyone tell me if non alcoholic beer is advisable for a recovering alcoholic on antabuse? 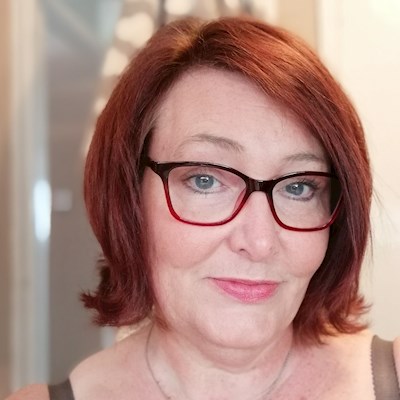 Helpcare66
To view profiles and participate in discussions please or .
15 Replies
•

Sadly when a person goes on to develop end-stage liver disease through alcohol abuse, there isn’t always a clear understanding of the person's condition.

In some regions of the country, many healthcare trusts have become fractured, with mental health being dealt with by a separate NHS trust from that of the main hospital.

It should be mentioned here that some 82% of those people who go on to develop a serious liver condition through alcohol abuse aren’t actually addicted to alcohol. They drink alcohol because they choose to, not because they have to.

The remaining 18% are the people who do have an alcohol addiction. (I personally hate the word, “Alcoholic” and so never use this stigmatised label). If a person does have an addiction issue, then this is very much a mental health issue. Many hospitals now employ an Alcohol Liaison Nurse who will identify if a patient has an addiction issue and if so, make the necessary recommendations to their GP so the mental health aspect of their treatment can be addressed.

When a person becomes addicted to alcohol, they also become addicted and drawn to the taste. Other aspects of their daily lives change as they are now being confronted by “triggers”, and possible peer pressure from friends and colleagues.

If in the future, a person was to require a liver transplant, (a cirrhotic liver can go on to develop tumours both benign and malignant) then a person would need to prove that they have not had an alcohol or non-alcohol beer, or wine or spirit for at least six months.

It is deemed that if a person is still drawn to the taste, then they may still have issues, and besides, it’s all too easy to switch back to drinking alcohol drink again. So, anyone who drinks non-alcohol beers, wines and spirits would not be considered a suitable candidate for transplant.

This decision would be reviewed again within a further six months.

I hope this is of some help.

Thank you much for your reply, Richard. I have read your replies to other people and value your opinion.The issue I have is that my young sister has alcohol issues and is under the addictions team who advised her to be put on Antabuse. She unwittingly put pics on Facebook of a day out she had yesterday where she was drinking beer/ lager. I brooched the subject with her today and she assures me it was non-alcoholic and that she was told that non-alcohol drinks were fine for her to drink.

I just feel, as you yourself stated, that she is still craving the taste, therefore she isn't really dealing with the problem, thus she could easily slip back into her old ways. She has even had to move house because the pub she frequented was too close, hence too much of a temptation. It doesn't help either that she has learning difficulties and lives independently with her partner, who has previously had his own issues with alcohol.

I already lost a sister the same way 2 years ago, so I'm very much on high alert.

She definitely was not told it was ok. I have alcohol cirrhosis and even after 3 weeks in hospital I used to say I’m allowed 1 glass or I’m allowed if I drink water as well, as you will understand I lied! I don’t know any pubs ( where I live) that sell zero percent! I’m so sorry about your situation.

I’d try to keep her away from alcohol free, personally. I developed a problem with alcohol and have cirrhosis as a result. I’m lucky, I’m well compensated and don’t suffer any symptoms other than a bit of tiredness. I’ve not drunk anything for well over a year now and to be honest don’t miss it. Having said that, I’m vigilant. I keep away from alcohol free. The smell and taste are far too much like the real thing and I have worked hard to change my lifestyle and now drink soft drinks. I don’t want to risk a lapse, so don’t see the point of tempting fate and finding that I slip from alcohol free to the real thing because I enjoy the taste. I’m quite happy with my squash.

Thank you so much for your reply Aotea2012. This is exactly how I feel. The reason people must drink alcohol free is that it still has the taste, which to me defeats the purpose, although I do realise people also drink it who do not have a problem with alcohol.But for those who do, I feel its just one step away. Like you, I fear relapse 🥺

If you are taking anti use you obviously want to stop drinking, so No it’s not safe for you! You need to develop a taste for something else. I suggest you fight for total abstinence and eat healthy and exercise. Good luck

Thanks for your reply. It is actually my young sister who has the problem. She posted pics on Facebook of her with friends sitting outside a pub drinking. When challenged on it, she said it was non-alcohol but right away I had my doubts. She said she asked at her doctors surgery about non-alcoholic drinks and was supposedly told it was ok, but I think I got through to her yesterday. At least I hope to god I did 🙏

Hi, one thing to be careful of with 'non alcoholic' beer etc is that they sometimes do contain a small amount of alcohol, but at such a low level (sub 0.5%?) that it can be labelled as NA. From what I know about Antabuse, it makes you quite unwell from even small amounts of alcohol and people are told they must even avoid alcohol in foods, medicines etc, due to the sensitivity to alcohol they will have while taking it. So aside from the possibility of NA beers being a trigger, there is the possibility of becoming quite sick, due to the presence of trace amounts of alcohol.

Thanks for your response. This is exactly what she was told, but I feel she still needs the taste of alcohol. I'm trying to keep her on track but you know how devious people with alcohol problems can be. If I hadn't seen those pics on Facebook, I dread to think where she'd be heading 😩

Hi. I’m sorry I don’t have any advice but I wanted to ask about Antabuse if that’s ok and how she was prescribed it? My partner has recently been diagnosed with cirrhosis and is still drinking. He asked last year about something like Antabuse to help but the local alcohol service said that don’t do that. Many thanks

Hi BRDouble86,I think my sister was referred by her doctor to the addiction services and has counsellors that even come and see her at home.

I'm not sure if this is part of an assessment process or not, but after the counselling started, her doctor prescribed it.

I hope this helps 🙏

Thank you so much, I hope you’re doing as well as you can

Alcoholic Cirrhosis after quitting the Alcohol?

months after quitting alcohol? I have read here that people had fatty liver, quit alcohol and it...

So, How do you Treat Addiction?

between an alcohol addiction and a person who has an alcohol problem was. A person with a alcohol...

Anyone have normal blood tests and ultrasounds?

Hello anyone with alcoholic cirrhosis have normal bloods and ultrasounds before diagnosis? What test

Drinking with liver disease not caused by alcohol

with liver disease NOT caused by alcohol who believe this means they can continue to drink. From...

From the mouth of a GP

Partner who does not want to give up drinking when I am the...