Towards the end of 2020, research revealed 8.4 million people were drinking at a high-risk level - almost double the number who were prior to the Covid pandemic. But how much is too much, and how can we reduce the harm alcohol causes?

(Toby had liver disease by the age of 25. He's now five years sober and his liver is no longer diseased.) 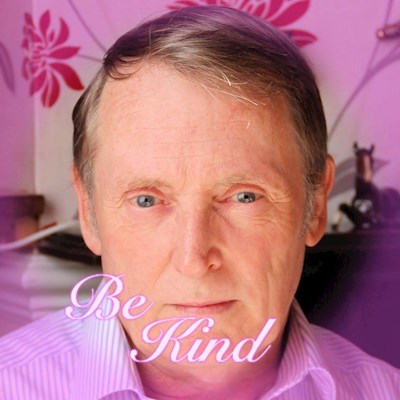 Richard-Allen
To view profiles and participate in discussions please or .
Read more about...
15 Replies
•

Thanks for bringing this to the attention of the forum.

Will definately be watching. Lets hope this hits home for many this time 🤞 Maybe a better title would be a statement rather than a question .... You ARE drinking too much !

The answer to how we can reduce the harm alcohol does is quit simple. EDUCATE people. Not just a uncommon drink aware site that does hardly nothing. Real warnings not just sounding a silly alarm that no one hears. Introduce it into schools as health education.. They educate sex so why not health. When all said and done sex won't kill you. Boozing will. Target people who have addictive personalities. Offer real help to steer our future generation away from the tumoils of the culture brings with it.. Real change is needed

The issue is that the revenue from alcohol duty brings in £13-£16 billion a year for the Treasury. Cost to the NHS to treat the problem is around £4 billion. It’s not rocket science to work out why nothing gets done.

On May 1, 2018, you’ll recall that Scotland introduced a minimum price of 50 pence per unit of alcohol. I thought it was terrible the way they went about this as I still feel it was a missed opportunity.

Back then I wrote the then Welsh minister of health Vaughan Gething as the Welsh Assemble were to also introduce a similar minimum price. Here I pointed out that had Scotland imposed this as a tax, then the extra revenue received could be used to help pay for more alcohol support services and local detox centres.

I went on to say that if Wales was to introduce this as a tax, then the extra revenue could be used to pay for NHS Wales to have its own Liver Transplant centre.

I had a letter back from his department informing me that as we were still in the EU, The EU had said that they couldn’t impose an additional tax on alcohol as other European countries would see this as being yet another import tax, and this wasn’t allowed.

So Wales just introduced a basic unit of pricing.

All monies earned by the additional pricing is kept by the producers (brewers and distillers) and the retail outlets. The English government is against a basic unit price of alcohol as the brewers are all-powerful, and they see this as being a threat to their industry.

I know that over the years the Alcohol Health Alliance have had numerous meetings with the Brewing industry, but these talks always end in deadlock.

Back in 2018 I had a talk with my then MP about the high alcohol death rate in my local area, She wouldn't be drawn on the subject, as she claimed that she had a conflict of interests as she was receiving funding at the time from CAMRA ( Campaign for Real Ale). I think it was a case of profit before constituency welfare.

No one has done more over the last 5 years to try to "raise awareness", speak to people who should have the ability to make changes and shout it from the rooftops than Richard Allen. Every which way he turns he hits a brick wall or a "yes but" and everything else falls on deaf ears. However if you think you can take on the big boys and have more success.. go for it !

CHRISR999 in reply to

There's no big boys. There little greedy men. So let's get it right

Ok take them on

CHRISR999 in reply to

I will be doing that. I'm looking for supporters not ppl who's going against the grain

Best of luck to you Chris

Yeah I get that there in for the money. And there pocket full of greed. But what abouts peoples healthy. Is that worth less? It's discusting and dam right wrong

Hi I have just joined here I did see the programme it really scared me when I saw the liver I had a blood test routine last year mainly as wanted to check my cholestrol the doctor said you don't need blood tests all your bloods fine I said that was last year he agreed to me having test which to my shock showed very high count on one of my liver reads and my white cells were low I stopped drinking for 3 month's as had been binging due to a very stressful time, long story but I thought was in control and it built up again so I'm now aiming for drink free nights with occasional drinking a couple my liver count is in normal range now on last test in march I'm interested in learning more about the liver, I saw a programme years ago they did biopsies on livers and one liver was fine and of a alcoholic I guess they hadn't drank that long I think people oh it won't happen to me re bad heart liver brain my step dad had enlarged heart and died aged 67 a stroke sudden death. He drank a lot until later years but the damage was already done.

For anyone suffering with an alcohol problem. I would strongly recommend them to look up / google “THE SINCLAIR METHOD”. I do not understand why General Doctor’s lack the knowledge of this simple treatment. This treatment would help save people from alcohol related deaths. If you can PLEASE watch Claudia Christian Sinclair Method youtube. ( it definitely saved my life )

Drinking too much and scared

have always liked a drink, more of a weekend partygoer. These last 12 months my drinking has...

I have so much to share as all this hit our home too! Stop drinking and your health/etc. will thank you!

of 12 years, passed away from cirrhosis of the liver and was told LAST NOVEMBER!

My heart aches for

Drinking with liver disease not caused by alcohol

those with liver disease NOT caused by alcohol who believe this means they can continue to drink....

GET THE WORD OUT EARLY DETECTION IS CRITICAL.

Non-alcoholic fatty liver disease (NAFLD) is a result of...

the dull ache so many experience with liver liver disease. I was told by a specialist, more as an...

Aches and back pain