I think my husband has cirrhosis - British Liver Trust

I'm wondering if anyone has any thoughts or suggestions:

I am completely convinced that my husband has cirrhosis. He has been a heavy drinker forever (@ least 6 pints of beer a day). About a month ago, his ankles were swollen for no apparent reason. Now,since about a 3 weeks ago, his ankles and calves are huge and so is his stomach. He, supposedly, went to a doctor bc I wouldn't leave him alone about this. According to him, the Dr wasn't concerned about cirrhosis bc of his blood tests. (Though she did say his liver enzymes were high. ). She sent him home telling him to get compression socks, walk more and take vitamin d -3. I am completely convinced that there is something more seriously wrong. I don't even know if he's telling me the truth. Normally I wouldn't think he would lie or keep something from me but in this case he is acting very weird. He gets all defensive and mad if I bring this up (which is not at all his personality. ) To me, he seems to have all the symptoms of cirrhosis (except itching and severe cramps...tho he has mentioned cramps in his hands and legs now and then in the last couple of months). I have no idea what to do. Any thoughts or suggestions would be greatly appreciated. Thank you. 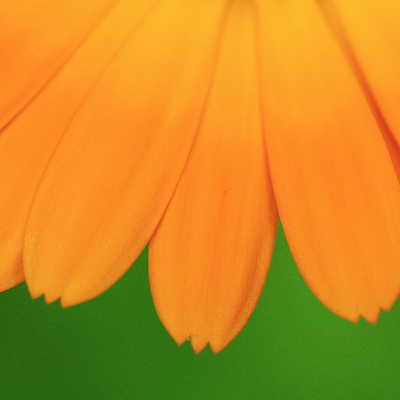 Jski
To view profiles and participate in discussions please or .
Read more about...
15 Replies
•

I forgot to mention that also about a month ago, I noticed for the first timethat his eyes looked yellow. They still do sometimes but not all the time.

1football in reply to Jski

Sorry to be blunt but doctors asap and go with him

you need to get him to a hospital or dr again yellowing is one of the first signs of liver failure ! ive had it I cannot give advise about this this he needs to see a dr asap !

Yep, sounds like liver damage with possible Ascites. The yellowing of the eyes may well be jaundice. I would either go to see the doctor and ask for a ELF-test blood test (Enhanced Liver Fibrosis). This is being rolled out across the country and should be available to all GP's. this test is a lot more reliable than the Liver Function Tests. Some hospital pathologist are able, examine these test by introducing a fatty liver pathway. Then depending upon the outcome, further tests maybe required, i.e. fibroscan etc.

Your right to be concerned, well done for being a concerned wifey.

Please let us know how you get on.

I can relate to him getting defensive; it’s a shame to look the other way when confronted due to the refusal to stop drinking. I hope he listens to you before is too late.

Thank you all for your comments. I will try, yet again, to get him to deal with this properly. I am at my wit’s end!

Good luck, hang in there.

Hi jski. I have been where you are.. feeling powerless and exhausted by his angry refusals that there's anything wrong even after he'd been in hospital twice with pancreatitis. In the end I saw the doc on his behalf told him everything and broke down. My surgery kept a slot free for me that day so I could get him seen. I told him you have an appointment today regarding your depression. I went with him. He was immediately hospitalised and detoxed. They called me asking how much he drank. I could only tell them the amounts I knew about. They said he's alcoholic and unless he stops drinking he will die. Long story short... he didn't until he received 1 to 1 councelling which worked for 3 months. He was 54 but looked 84. He was yellow from top to toe. His hair was like a brillo pad. His legs were swollen and he carried 2 carrier bags of medication around with him, 1 for treatment the other to counteract the side affrects of the 1st bag. He died in ICU from multi organ failure and pneumonia leaving me and my 2 children devastated.

It's so easy to say get him help but he has to admit he needs it you really do have to do it all for him. Many people don't have good experiences with docs and hospitals but I truly cannot fault any of the care he recieved although the outcome wasnt what we had hoped for. I wish you both better success.

Thank you for telling me this. Calling Dr now!

I can totally concur with what Laura has written. This is your wake up call talking. His body is trying to tell him something. He really does need to listen. Sadly alcohol is a depressant in it's own right. A person can be at a low ebb, and just feel, "What's the point, I just don't care anymore". What you need to try and understand, is that all of this is chemically induced. Even the thought processes. The toxins in his body that the liver normally deals with, build up. These then can leak out into the blood system, and travel up to the brain. One of these toxic substances is ammonia and this can cause permanent brain damage. (I remember many years ago, there used to be a TV commercial selling the wonders of new "Flash" household cleaning power, now with added ammonia). This is pretty dangerous stuff, and doesn't belong inside a human brain.

Laura, is so right. HE has to want to turn his life around. This isn't going to be easy and the road to recovery has many ups and downs. But with support and determination it can be done. There are many of us on here who once had a drink problem. We have managed to turn our lives around. So it can be done. There is plenty of support out there, but this is going to be a case of "baby-steps". Take each day one at a time, and work on both the mental as we as the physical problems.

Today, is the first day of the rest of your life. Embrace it in all it's glory.

I wish you both good luck.

Many of us on here have had to face the same blunt choice.

But he needs to face up to his denial (which is probably where the anger is coming from).

WHen you're caught up in the routine of drinking and the alcoholic haze it is hard to make sound judgements.

Please try to get him help but also accept that it is his choice in the end.

This is so sad, if only we could tell him how joyous it is to be out of that alcoholic cycle of self destruction and that it's not something to be afraid of but worth fighting for with every bit of strength you have.

So I though I would post an update. Finally got my husband to go to emergency room. He was, in fact, diagnosed as being in liver failure. They drained over 10 litres of fluids from his abdomen over a couple of days. He looks and feels a million times better. They said that this was “early liver failure” and if he quit drinking they would be able to manage this. Does this sound about right? Also, he hasn’t had a drink since he came to the hospital a few days ago. He said he will quit drinking and, oddly, doesn’t seem to be having withdrawals. (Tho he has been a HUGE drinker, every day for years.) This is all too good to be true, isn’t it?

Get him to the doctors immediately, it seems he may have cirrhosis but I am no expert, but I had some of his symptoms before I saw a liver specialist and got treatment?Be strong .

Sounds a lot like I was in 2018! In denial and so very frightened. I was so huge and swollen I could barely walk and breathing was difficult. I couldn’t even get shoes on and in the middle of December I was wearing flip flops and big jumpers over trousers that wouldn’t zip up😢

RECENTLY FOUND OUT MY HUSBAND HAS STAGE 3 CIRRHOSIS OF THE LIVER...TODAY!!!!

treatment! He called his support nurse and for the first time we were told that he has cirrhosis of...

Monday he drank 12 beers and a whole bottle of vodka and has been getting pain on his right upper...

someone. My husband has Cirrhosis. He is an alcoholic and continues to drink with his diagnosis....

told him they caught this early. Is that even possible? Won't be able to talk to doctor about his...

My husband has Decompensated Liver Cyrrhosis

alcohol six months ago completely. However, I worry that it was too late. He has ascites, yellow...