Does this give any indication of where... - British Liver Trust

My husband was called in on Friday for a potential transplant... Sent home because it did not match...has anyone else had this happen? also, does this mean he maybe called again soon? 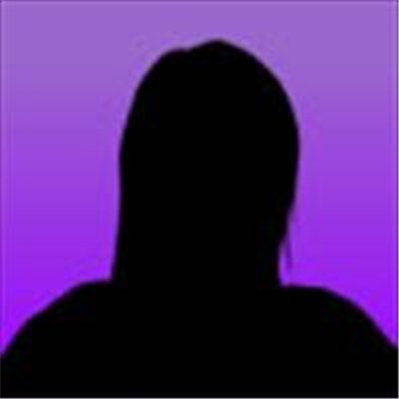 pear-shaped
To view profiles and participate in discussions please or .
11 Replies
•

This happened to me in November 2011 and I was recalled for a second time about 1 month later for a successful transplant. It is quite unnerving but not uncommon. How long you wait will depend on availability of matching organ but it must indicate that you are close to the top of the list. Best of luck to both of you.

Just wondering where you had your transplant Mike, my husband, had his in Kings College, London in December 2011. Have you had any complications post transplant?

I had mine in Leeds and have had no complications post transplant apart from weight loss associated with medication induced diarrhoea on two occasions.

Sorry to hear you were unlucky this time.

Unfortunately this can happen more than once. My husband was lucky first call went ahead. How long it will take for the next call is anybodys guess. Could be days, could be longer.

I know how you feel the waiting seems endless. Mike only waited 9 weeks from listing but it seemed endless waiting for the phone to ring.

Which hospital is he going into.

Good luck I will be thinking of you, it brings memories back to me of 2 years ago.

hi peat shaped,i can only speak from my own exp,it happened to me 3 times in a row,before i got the right call on 24/6/13 and am back on the list again,like mike says you must b in the top 10 so to speak.

Hello I had a call originally was told to be prepared to come in but a hour or two later got the the call to say it was not a much. Remember feeling scared happy disappointed. The next call came a good few months later this tome it was for real!

I had a transplant after a wait of 18 months on Christmas eve 2012. I was told that a matching liver had to be available and this depended on several factors,blood type being one. I also understand that it is not unusual for two patients to be called in for a potential transplant. A replacement liver has a limited time outside of the body and so there can be no delay in the transplant ocurring. This is the reason for 2 persons to be called, if one is delayed in making the journey another would still be available. This makes sense to me. The fact that you were called is an indication that your husbands transplant is on the horizon but it really depends on the wether his bllod type is rare or common. Also, if a patient turns up with a desperate need of a transplant it is quite likely that they would be called first. I wish you the best of luck,as I have said,I waited a very long time. Be patient his time wiil come.

Thank you for all your encouraging messages... We are at the Royal Free, also they say his blood group is a common one... He also.has Hep C. It was a good trial run, as I had packed his bag but nothing for me! Also realised how not prepared we really are :/ preparing how the kids will cope with schools etc...

gave me a real wake up.call!

As you say, a good trial run and bringing home the reality of the almost inevitable. I kept a journal while I was on the list and I wrote: "The prevailing emotion was calm and a feeling of anticipation but oddly, no panic and when it was all over, no disappointment." I had my transplant 18 days later. Best wishes for a short wait and a well-planned trip to Royal Free. Mike

It has all been quite overwhelming for all... I am still trying to come to terms with it all, but will now persevere ahead... Let us all hope that the transplant and the whole process goes well...

I had a bad match and was called back the next night for a successful transplant.

new. My son has decompensated cirrhosis and has been told he will possibly have a transplant.

Does ELF Blood Test give an accurate score if you are still Drinking?

liver at that particular time if you are still drinking, and hence give you a chance to do...

Hi my husband on the list. He has been called twice but both times after 8 hours told not the liver

Just got the call from the transplant coordinator. On our way to Birmingham QE. Staying positive and

Hi all, got the call this morning and on our way to kings, we are in shock!!!!