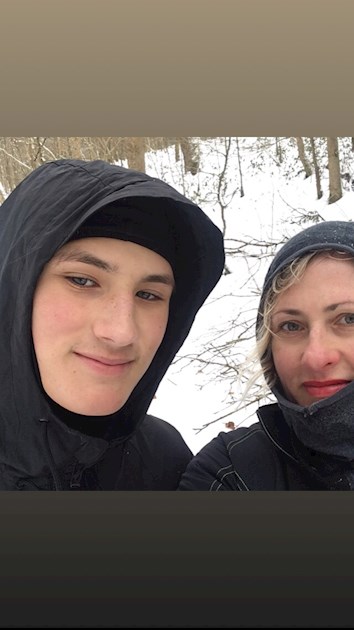 Welcome to week 3 of the 10 is the Magic Number plan.

How are you all doing? Hasn’t it been cold? You will see from my vid I’ve been getting out in the snow which has been so lovely...

So this week you need to do:

This week I talk about running in cold weather. I think Rignold ’s blog covers it brilliantly.:teamrhomboid.com/work-cold-...

I actually found it really difficult to run in the snow today, it was knee deep in parts in the woods but it was so good to be out with my boy 😻

Don’t forget to post on your progress and well done everybody...

ju-ju-
Graduate10
To view profiles and participate in discussions please or .
46 Replies
•

Still stuck on week 2. I’m going to repeat it this week as I’ve had the dreaded lurgy and struggled with all of it.

Don’t worry, there is no rush...... even if you start again, there is no harm as this is a rolling plan and you will pick it up at the next round and be ahead of the game 😎

RunBrianRunGraduate10 in reply to ju-ju-5 years ago

Thanks for that encouragement ju ju. Just what I needed right now. 😃

Finished week 2 at lunchtime today (at the gym). Here’s hoping there will be a thaw before Sunday as that will be an outdoors run. 🌻☃️

Week 3 completed this morning. The first pre-work outdoor run of the year. Felt like Spring at 6:30. Really pleased to have managed 3 runs this week. 🌻

I have avoided my long run because of snow, but now slush as well in places, but spurred on by your example, I shall head out tomorrow 18k, and hills are deffo involved. I am praying for the wind to drop 🙏

Been to the GYM though 🏋️‍♀️💪

Well done you and I agree, I think slush is the most horrific thing to run in.....

Brilliant, how did you get on??

bsimonukGraduate10 in reply to ju-ju-5 years ago

Completed the week 2 6k earlier today. Went well - feeling quite tired now. Had a few aches in calf and hamstring but eased while running. A silly question: should the 6 k be just the running distance or is the 5 min walk either way included or should it be added ?

The distance should be just the running distance excluding the warm up and cool down times.

That is what I thought . I allowed for them. But how do you do it ? I have been using mapmyrun but starting the workout as I leave the house and do my 5 min warm up. I have now google mapped my usual 5 min walk and know it is approx 1k.

There must be a cleverer way ?

I also use MapMyRun. I have it set so the it tells me each half k. So I have been walking for the 1st half k (just under 5 mins) and adding a half k at the end.

However, you can also set it for a delayed start. It will beep after 5 mins so you know when to run. Need to stop it at the end. That way the stats will just be for the run. The only downside is the the music kicks in after the 5 mins.

Thank you . Will try it out tonight

Its really the running distance but you could include it and build up?

I’m a week behind due to the beast from the east so will be starting week 2 tomorrow.

No rush, and also due to weather etc, I’m going to include a catch up week next week...

What a difference 24hrs has made! Snow and ice has disappeared.

Made a start on week 3 with the 7k run; cold biting winds interspersed with sunshine & showers. It was really good to be outside.

Brilliant photo,video.Such a handsome chap too! Looking forward to Wednesday and if foot is feeling better on Tuesday I’m going to start week three now the snow has almost gone.

well done....I will tell him, he will be delighted

ju-ju-Graduate10 in reply to ju-ju-5 years ago

and thankyou so much too

Week 3 is on! Finished the W2 6K this morning (32 mns but on very flat ground), more difficult at the beginning than at the end, past the 4K. So far, including the C25K runs, there have been tough runs and easy ones, but it's always a wonder: no run feels exactly the same; the sensations are always changing or never happening at the same moment. Fascinating!

Did my week 3 3.5 k run . Felt quite tired after work and was glad it was a shorter run . The last 0.5 k running had cramp in my left calf which is unusual . Hadn’t drank that much water during the day !

Strange how some runs feel better than others sometimes .

That does happen... park it as a bad run and rest your legs till the next one.... and drink!!

Youve got a strapping great son? How did you manage that when you dont look more than a teenager yourself 😳

You dont look near that age 😊your babies sound lovely. I love teenagers. My granddaughter is 13 too (14 in May).

wow that must be so cool to have a teenage grandaughter?I must admit I love having 2 teenagers as it just feels more like having good friends, although they have their moments and do fight alot!!!

You dont look old enough either...

Thank you 😊 Hope is wonderful, but she is in the muttering phase - like Dave Allen impersonating a teenager. I used to teach teenagers riding, and Ive worked supporting them in schools. Lots of people dont like that phase, but I love it. They are so complex and are becoming, but still need their mum.

Last run of week 2 planned for tomorrow (having wimped out during the cold, snow and wind of last week). Have to run a slightly different pattern to the one you suggested in the first post owing to the time I normally have to run so tomorrow’s run is going to be my short one but with lots of playing with speed and technique as part of it. Looking forward to my second run in full daylight this week, which is a bit of a novelty....

Hi! All going well! Completed week 2 yesterday with a 6k run. Had a week of no runs due to the snow which is longest break I’ve had. It felt good to get out again! I just have to decide I’m going and get on with it before I come up with lots of excuses!!! 😀

Oh man. Just did 4K for w3r1 (totally didn’t check the plan before I left - idiot!) but having not run for 8 days it felt like hard work. But not giving up now “god damn it” *said in a Dallas TV show type way* good luck everyone else.

I’m all out of sync now having missed 10 days due to the snow. Managed to get out for a measley 2k at lunch today but decided that was better than nothing. Will see how far I get at my running group tomorrow (it’s a timed out and back), then might have to sacrifice Parkrun on Saturday for something a bit longer.

Definitely out of sync, managed 2k yesterday, and at my running club tonight only managed a 6k, BUT, it was a fab run, I didn’t stop for any walking breaks,and I felt I could have carried on for a bit more (I would have done but all the other ladies were doing their cool down stretches and it would have been rude not to join in!)

Well this week has gone a bit wrong! For some reason I had the wrong distances stuck in my head. On Sunday I ran the 5K, then on Tuesday I ran 6.5 and yesterday I did 2.5. I was quite happy with myself until I came to post it and realised - duh! I think I'm going to repeat the week as time is limited as I am travelling and may not be able to get another run in. Happy Mothers Day all

I’m a bit behind, currently on WK2R2 which I hope to complete today. Had a few calf cramps last week so took about 7 days rest. Probably not the best thing to do but onwards and upwards. Thanks again Ju Ju 😘

Oof. Just managed to get back out for a very short run after a rather long break, so I think I'm slipping back - either I'll join the plan next time around or I'll keep going but a couple weeks behind (haven't really managed to finish week 2 properly). Will see how Sunday goes. Still was good to make a start and push to 6K! Thanks for doing this! Whoop!

Welcome to week 3 of the plan. How are you all doing? Hasn’t it been cold? You will see from my...

Morning everyone, and welcome to the second week of the 8 week programme to get you from 5 to 10k....

How did your Parkrun (not) parkrun go