﻿Pain from Lumber Stenosis: ﻿i have Lumber... - Bone Health

﻿i have Lumber Stenosis due to a herniated.disk. Recently this has flared up and for 6 weeks I have had terrible pain in my left buttock and lower back. It is relieved by walking but is painful when sitting and more severe when lying in bed. Has anyone suffered similar and have found a way to ease this pain? 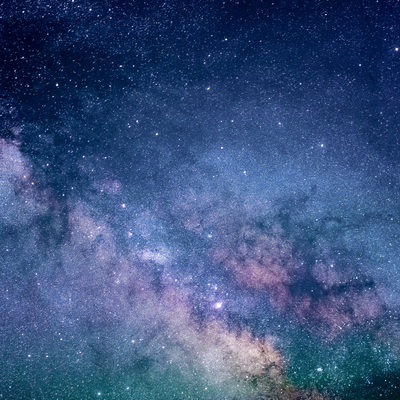 Golf123
To view profiles and participate in discussions please or .
12 Replies
•

I've never had a diagnosis of lumber stenosis but do get buttock and leg pain as a result of a badly slipped disc many years ago. Have you tried a pillow under your knees if on your back, or between your knees if on your side? I find lying on my front often relieves it, but this isn't suitable for everyone!

Thank you for your advice. I have tried using a pillow and although it initially seems to ease my pain, helping me to sleep, as soon as I wake up, I am in such pain that I have to get up. Once I'm up, the pain reduces significantly, except when sitting . I will look at trying to sleep on my front as this may reduce pressure.

First of all have you spoken to anyone about your problem?

Yes, I’ve got spinal stenosis and I get buttock pain with it, I can tell you what I’ve done but you should get medical advice before you do anything else as what suits one person might be totally wrong for you - especially if you have osteoporosis.

So, although I’ve got spinal stenosis etc my back is more complicated now than it was when it first started back in the 1980s because last summer. I fell over backwards with a lot of force and now have a sacral fracture which doesn’t help things - the original stenosis and the impingement etc is still there but I’ve got that sorted out so it’s not a huge problem at the moment.

For pain relief - it varies - in the beginning I had some sort of opioid which terrified me so I relied on paracetamol, over the years I’ve tried paracetamol, Ibuprofeb, Volterol, Deep Heat, Bio Freeze roller ball rub on and when I was in dreadful pain with the sacral fracture I bought (at great expense) a PEMF mat that I lie on twice a day and that really helped - it let me stop all pain medication.

Back in the 1980s I had terrible sciatica as well as the buttock pain so I had an MRI scan followed up with a spinal steroid epidural - that injection worked right away but after I suppose a year or so I needed another injection which took longer to work but had a lasting effect until fairly recently.

Anyway, for the stenosis / buttock pain before I had the MRI I had lots of physiotherapy which had varying degrees of success, I tried a TENS machine (hated it) and even had acupuncture but the thing that helped most was coming across an amazing physiotherapist who thought my pelvis was out of alignment and did a bit of manipulating then recommended I take up Pilates which I did.

The physio got me started on a few basic Pilates exercises to strengthen my core - which supports my back - and told me to find myself a good teacher who only taught tiny groups. I had a few teachers in that time - some so awful that I only stayed for one session but now I have an amazing teacher who is also a physio and who deals with osteoporotic patients.

Like you walking and moving is what helps me most - I do Pilates classes three times a week - an hour face to face and two hour long zoom sessions in the week and I also walk for about an hour a day - although not in this heat and do a selection of Pilates / physio exercises on the days I don’t do a class so lots of gentle exercise.

I’d say standing is what I find most uncomfortable but that’s most likely the fractured sacrum rather than the stenosis and impingement. I used to find sitting in a car a nightmare, I’m ok now but I still tend to avoid ‘‘slouchy’ chairs. I’ve tried all sorts of beds from Tempur to regular beds, various mattresses and bed toppers etc in my quest for a comfortable bed. It’s not easy.

I always found lying on my back on the floor with my knees raised very comfortable - I used to put them on a piano stool we used to have and get my husband to wind it up until it reached a ‘sweet spot’.

I also used to find hanging from something - I used to hang from the back of our loft ladder or from a strong branch - I also used to do a piriformus stretch where I lay on my back and pulled my legs up towards my chest really comfortable but you’ve got to be able to get into that position - not easy for everyone.

I’ve also used a pillow under my thighs and I’ve got one of those shaped wedge things for between my knees in bed.

I would say the best thing that happened to me was finding a really good physio who got me onto doing Pilates - but you don’t want a physio who is likely to be ‘gung ho’ with you or who tells you who work through pain.

I’ve been working with my present teacher for about 15 years and she still tells us that if anything hurts we must not do it - not even if she has told us to do it and even if we’ve done it lots of times in the past.

So from my personal experience I’d say want something to help you control the pain, some sort of physiotherapy then maybe Pilates in a small class with a careful experienced teacher.

Golf123 in reply to Fruitandnutcase

Thank you for your advice. I did try pilates a while ago but unfortunately, only on my first lesson, the lying down caused sickness. I do walk and use a static exercise bike. I do have osteoporosis of the spine, diagnosed two years following a bad fall, resulting in a total hip replacement (left side). I'm not sure why this has flared up...6vweeks to date. I have started 10 mg Amitriptyline again which may help, although no change yet. I will continue to experiment with my sleeping positions and work on recommend exercises which I recall from some physio I had prior to my spinal stenosis diagnosis about 10 years ago .

Fruitandnutcase in reply to Golf123

Goodness, you have had some nasty problems haven’t you. Hope you can get sorted out soon, there’s no way of knowing why things get bad - with a bit of luck the amitriptyline will kick in and you can get some decent sleep. Might be worth speaking ti your doctor or whoever is looking after your spine to see exactly what’s happening with your bones.

Feel your pain.After years of putting up with sciatica,same pain you describe,dox not operate at first,double discectomy helped only after hysterectomy where fibroid scraped off sciatic nerve.Not your problem I know!Finally found had multiple vertebral #s!Insist on xrays,proper diagnosis before you end up crippled like me.I got good GP,finally correct pain relief at least.Then adapt.Good luck. X

Golf123 in reply to fraid

Thank you for your reply. I've gone back to taking 10mg Amitriptyline in the hope this will ease my pain. I can't really understand why this has suddenly flared up (6 weeks ) but hope it will improve over time. I had considered making an appointment to see my GP, but am uncertain whether they can offer a remedy. Walking for me, seems to help . Following a bad fall 2 years ago, I had a total hip replacement and osteoporosis diagnosed of the spine. I guess all this contributes !

I suggest you see your GP, things might have changed. It might not be related to the stenosis, but something else causing the pain.

I have for years and also have had back spasms which we’re debilitating. I bought an inversion table and it worked for me. I had to use it slow but steady for about a month or so and now use it as needed which is not very often. Hope this helps I know how painful it can be.

I always liked the look of inversion tables but I think you have to be careful if you have certain medical conditions - high blood pressure, glaucoma and a few other things which is why I used to get traction by hanging from a strong branch or from my loft ladder or anything else that left me with my feet off the ground. A physiotherapist could advise on that sort of thing.

yes always always get the advice from the doctor. I have 2 doctors recommend the inversion table and instructions on how to use it. I’ve had fantastic results and for the first time in years have been off pain medication. I was given stretching exercises as well so the combination of both I believe has helped. GoodLuck to you

That’s really good and I’m not surprised. If I hadn’t had contraindications I would have loved to try one but I’ve got high blood pressure so it wasn’t a good idea - so traction by hanging from things is the next best thing. I first did it with a physio then realised I could do it on anything as long as my feet didn’t touch the ground.I’m sure your stretching exercises will help a lot too. 😊

I suffered a L4 superior end plate collapse 11 weeks ago and have now been told I have severe...

SPINAL FRACTURES: PAIN IN THE RIBS.

fracture I experienced severe pain around my front right rib in addition to the (pain in my back)...

hear from anyone who has had experience of the above medications when used for pain. As some of you...

Osteopenia diagnosis from an x ray?

My husband recently had an x ray of his foot as he has a lot of pain which he thought was due to...

Anyone with constant back pain

causing the pain now. I have been on Forteo for 2 and half months. Getting lumbar type pain across...