Would I get dizzy this quickly after one table... - Bone Health

I’ve just taken my very first Alendronic Acof tablet and waited the requisite half hour , 40 minutes sitting up in bed etc after swallowing with water but I feel slightly dizzy and have since I took it . Now I know dizziness is a side effect but would it happen this quickly after just one tablet ? When do the side effects usually start if you get them ? Obviously I can’t feel dizzy every day so I’m wondering how long to give it before thinking I need to try something else for my recently diagnosed osteoporosis . . 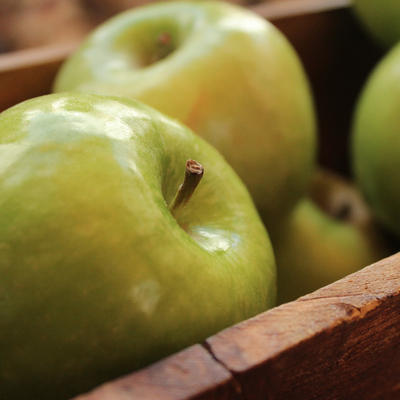 Yellup1
To view profiles and participate in discussions please or .
23 Replies
•

I don’t know about dizziness but I used to take my AA then go out for a half hour walk, come home and have breakfast then sleep all day in my husbands reclining chair, he used to just throw a blanket over me and leave me there.

I was ok going for my walk but my tiredness started the same day so I suppose it’s possible that your dizziness could start the same day. I was really tired within a couple of hours and the next day my bones and muscles ached.

Eventually I felt ‘wobbly’ all the time, when we went out I used to cling on to my husband like a drowning man with a life belt.

Might be worth giving it a bit longer though to see how it goes during the week. You could also phone the ROS nurse whose phone number you will see on the right hand side here and have a chat. Good luck with it all.

Thanks so much fruit and nut case , the dizziness has actually subsided now thankfully , I read somewhere that side effects should abate after 2 or 3 days of first using AA ! Was your tiredness and wobble ness a side effect of the tablet ?How long does it last with you after taking the tablet ? I’ll give it a bit longer If I get anymore side effects though I’m stopping them and will just treat my osteoporosis naturally with a higher dose of K2 along with all my existing D meds and take up tennis or something instead of just walking snd pilates . People’s bones do still mend with osteoporosis as my husband has it and his broken arm two years ago mended fine . I’ve not got any broken bones as of yet that I know of , I was put on AA after a routine dexa scan that I asked for as in on quite high doses of thyroid meds which I also need ! I’ll play it by ear , but thanks very much . 😊

I’ve just read a comment you wrote a few days ago and how you’ve had this extreme tiredness after taking AA . I’ve noticed a lot of people have stopped taking it .

What are your T scores like? I looked you up and see you have had thyroid problems too. I developed Graves disease and was eventually diagnosed back in 2012, I’m in remission now but I really wish my endocrinologist (or even the rheumatologist who treated me for inflammatory arthritis a couple of years later) had recommended a DEXA scan. My Pilates teacher who is a physio said I ought to have one, unfortunately I didn’t realise back then just how vital that was and as my doctors didn’t even want to test for vitamin D and B12 I didn’t even try to get sent for a DEXA scan.

If only I’d realised that because it is really easy and not too expensive to have one done privately! I’ve just had three private MRI scans because my (former) GP refused to send me for an x-ray - I kept telling her I felt as if my sacrum was split down the middle - three MRIs later unfortunately I was right ☹️

Well I’ve got hypothyroidism and mild to moderate CFS and my T scores are at the top end for T4 as they should be to function properly and top end of T3 . I feel ok when I’m on the optimum level but equally that can have an effect on bone density too but then more post menopausal women than not ( 54% ) have some degree of osteoporosis ( I had ostopeania at my last scan 4 years ago , I’m in my late 50’s ) but as my GP said ‘ you could have got it anyway though as more women than not have it especially if they’re quite slim . The only reason my older sister hasn’t got it is because she is drastically overweight , obese actually as she admits . But I’ve felt spaced out all day and a bit dizzy and have a history of vertigo so I shouldn’t really be on this drug snd as I’ve got a disabled much older husband I look after plus I’ve got to be ‘available ‘ for castings at a moments notice as I’m an actress too , I think I’m going to put off being on this drug till I’m older and retired with fewer responsibilities as I have to do all the shopping and errands in my household with my husband being disabled snd get carers in or send him to his grown up kids if I get an acting job . My Acupuncterist of 23 years also has osteoporosis and hypothyroidism and is on natural dessicated thyroid and as she’s had jaw problems before she was told by her dentist to absolutely not go on alendronic acid . Yes you should be able to get dexa scans if you ask your GP as I asked for this one . I’m gonna see how I am tomorrow but if these side effects persist then I’m definitely going off it for now anyway .

No, I meant your T scores from the DEXA scan - the ones that told your doctor you were osteoporotic.

Don’t blame you for wanting to stop the AA. I could barely look after myself let alone anyone else at that point

I don’t know how I stuck it out for four miserable months - other than I’d had the really scary ‘co morbidity and mortality’ talk with my hospital’s fracture liaison nurse and felt totally traumatised.

That was odd too because my friend in Somerset - who also has osteoporosis and gets infusions - didn’t get that talk at all and was amazed when I told her everything I’d been told.

After taking 3 AA tablets over 3 weeks I developed the most excruciating pain in some of my joints. I stopped taking them and the effects soon wore off. My point is that side effects can occur in a very short space of time.

Yellup1 in reply to Sing-Song

Gosh ! Interesting ! I was wondering if I should try it for another week but I think you’ve warned me ! Thankyou !

That happened to me too. 4 hours after the first dose I was in agony from my hip joints and couldn't bear any weight on my legs. The doctor told me not to take it again and I was ok after a couple of days.

Gosh ! Makes me wonder why anyone would ever prescribe it in the first place ! More people seem to have side effects than not . I only know one person my best friend who’s had no side effects on AA . Anyway many thanks for letting me know 🙂

I haven't got any side effects, but then I have enough symptoms without it (dizziness), and I don't have osteoporosis - only the compression fractures which are still painful a year later.

I’mso sorry , so it’s not working for your compression fractures then ?

I think it has had a great effect but I still suffer. One tends to forget how excruciatingly unbearable the pain used to be.

I think it’s more likely that people who have side effects, especially debilitating ones, report them on forums in the form of questions which gives them more coverage. I too had side effects from AA and stopped after 3 or 4 tablets - my eyes and sight were affected.

My vision too, my eyes felt really sore and my vision felt blurred, I bought a larger TV because I was finding it t really difficult to see the smaller one we had, I started to use sub titles but eventually I got fed up asking my husband what was happening or what the writing said, I stopped bothering to watch tv because it was such an effort then I decided we needed a bigger TV.

I agree though, there are probably loads of people out there who are either perfectly ok taking bisphosphates or else they just accept any problems they have or else they just haven’t found anywhere like this site to answer their questions.

Or they’ve decided not to take them as it’s ridiculous and unacceptable to have to put up with these side effects when we have working lives . Doing the natural route .

You are not supposed to be in bed when you take it. I spend the hour after taking it doing painful chores so that I don't sit down too much. Perhaps your symptoms are why they advise us not to lie down and preferably not sit.

I was sitting bolt upright in bed propped up by pillows watching TV which they said was fine and I know others that do that .

Gosh! I was glad to get the help but was given no instructions like that, not even that I should have seen the dentist before starting AA!

It’s ok to be in bed as long as you are sitting upright. It’s so that the tablet, aided by the water, goes straight down into your stomach and doesn’t loiter on the way down😀 which could cause reflux, heartburn and even some injury to the upper digestive tract. Bending over during the 30mins is also a no, no.

Yes that’s what I did , thanks

I thought it must be that but at the same time thought it was a bit naive of me. However, I don't think I can really sit bolt upright in bed. I do sit in my recliner chair but doctors say you should stay on your feet as much as possible, and can't understand why that should be so difficult! Just goes to show how little they know. I think a dining chair would be safe enough as it gives firmer support.

Risedronate update after coming off of AA

once more and do not feel any need to return to bed!

The only slight side effect is a strange ache...

Can you get this pain after just your first tablet? Does it settle down after your body adjusts? I...

Stopping Prolia after one injection?

fractures. Till now no side effects, and 8.5% gain in lumbar spine BMD just 5 months after the...

Am I at greater risk by going back on AA?

rash\\\\hives all over my tummy, sides and back. On the leaflet's possible side effects it advised...