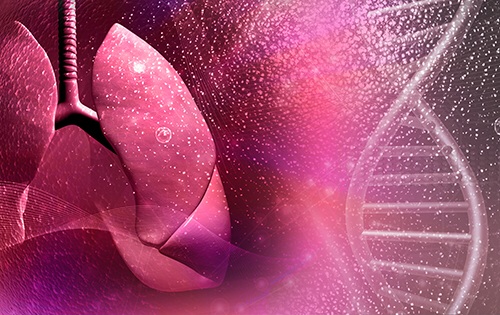 SO just how much is known about DNA and CF mutations and carriers.

They say smoking pollution can mutant our DNA so why would not CF carriers not develop full blown CF.

That's the question I found myself asking GIVEN my lung abdomen issues.

Having reseached further and following on from my previous post symptoms have un-canny resemblance WITH CF and DNA mutations.

Here is few interesting reads ... let me know what you think AND if your a carrier with lung abdomen issues.

Hi Cheers Reiver Yer have been over tired think might be coming down with something might have to brake out my antibiotics.

reiver in reply to

Sorry to read about issues I would not worry about antibiotic resistance USALLY the just give you short curse different one's when they don't work then put you back on original ones that did.

Is worth having flu jab tho

Hi Jeff, my consultant is a very smart cookie whose major interest is bronchiectasis. She has believed for years that bronchiectasis is on the CF spectrum. Very much like aspergers is on the autism spectrum. She also believes that the salt test to distinguish between the two is flawed because it is simply showing the degree of difference in what is the same condition.

Unfortunately bronchiectasis is such an orphan condition that no research into this has been deemed worth doing. Certainly we are never tested for the gene mutation.

Most people with bronchiectasis will tell you that they have gut issues through life. IBS, malabsorbtion etc.

It's interesting isn't it.

Hi still standing. I have bronchiectasis. And have had ibs since my 20s. Malabsorption etc sounds interesting. Thank you

I did have the gene testing done when I started with my present consultant in 2012. So many tests were done at the time, I lost count but a few weeks later I got a letter from Dublin, telling me that I wasn't a carrier of the CF gene.

Hi stillstanding defo agree is all intresting THUS far given my results i think CF carrier is from ansestors maternal line and Ashkenazi Jewish populations.

My dna did trace back to them and sure is sourse of CF mutation in a hole.

Be intresting to find out how many more CF carriers there are but as intrested as our gov are am not surprised if people dont know if carrier or not BUT think plays big part in lung dieases.

On my other post was about pesky mucus membrains highlighted gennes inflammation.

Good news is dna mutations can be treated with sucsess but the have to look be interested.

Fascinating reading JAS and good to know that research is being done into CF carriers. You seem to be getting somewhere now which is great.

Pete has IBS sometimes too and stomach problems.

Thanks for all your hard work. Xxxx

Hi Sassy thanks I do hope am getting somewhere as the is good treatments IF only doctors would look.

You have raised questions around an interesting topic. I also carry the CF gene. I am of Irish ancestry. I also have asthma and have recently undergone a bronchoscopy for breathlessness. Strangely you should mention it, but I have been undergoing terrible intestinal pain - especially following diary products. The consultant is under the impression that my breathlessness was caused by taking an anti-depression medication called venlafaxine. My GP is confused because she has never heard of this! In fact, so rare that only a few cases have been reported worldwide. I think about 0.01%!

I am off the venlafaxine now, but I refuse to take the high-dose prednislone which the chest consultant is planning to prescribe ...

I am planning to let the breathlessness subside on its own. In the meantime, I think I may be famous before too long!

Hi glad you found things intresting AND sorry about CF most irish did have jewish desent from where mentioned.

Steriods are defo a wonder drug and do work but i would not like to be taking them all the time.

If doctors curious i would ask for dna test USE it to your advantage.

I too have bronchiectasis and was tested for CF, which was negative - not the sweat test, it was a blood test (would have been 72 at diagnosis!). I fit some parts of the CF profile, however, and am treated much the same as if I had CF, pulmonary wise, with an intensive protocol of nebulized and inhaled medications and vest, by National Jewish in Denver. I understand that the "spectrum" idea is behind this. CF testing is actually very complicated and initial genetic tests cover only the most common genes of the nearly 2,000 possible. I know a woman diagnosed in her 50s whose defective genes have never been identified, the diagnosis based on symptoms plus her brother's death in his 30's from CF.

One good thing is that research on CF tends to apply to bronchiectasis as well, so hopefully more knowledge will emerge. There is a new drug that is expected to dramatically improve some CF cases, depending on the genetic mutation, but the bad news is is cost -$300,000 per year in the US.

in reply to nancye

Hi Cheers this defo more to this CF than meets the eye HAVE read few papers and there is lots of research treatment but here in uk doctors don't root out cause just try treat symptoms when appear.

My treatment as stoped at lungs with lung doctors but with cf lungs are not only issues.

I get dry mouth guess its better than nasil drip but my lung doctor said go bed with glass of salty water as thats stops dryness in mouth and told me to have sip befour go bed and if i wake up threw it.

Also can get stuff from chemist you spay in mouth i guess you might be able to use that in nose BUT i would see you gp or doctor about dryness as it could be glands or blockage i know when you have ear sinus trouble can cause tinatus and headaches.

All to do woth blockages of drainage systerm.

Defo would see doctor tho.

hes referred me to ent but they lost my notes' also get really dry mouth and I'm drinking coffee did mean to buy some caffeine free stuff but forgot.also ive got tiny teeny must be 1 per cent jewish in me we share similar traits read wiki u put up that I could understand

Hi cheers glad you liked link am not sure precentage i have but must been enouth to pass on cf gene.

HI jeff thats a good few links there, makes u wonder eh , d,n,a, and our genes, i have few traits according to the links, nver dabbled really but ive always known i had few things what my relatives the older ones must hav skiped a few decades an pasted down the lines to us younger ones in the fam, ,, science is a mystery eh, anyways hows the bone pains now eased of, i use dandelion tea meself not every ones choice but its tasteless really, and herbs i stew them an drink em ,, as for abs im ok i nver need them my docs amazed , ye so am i lol, . good few linked post though ty, knowledge as they say is power , cant have enough there eh it all helps , keeps the grey cells going , tick tock beter than grinding to a halt eh ,,

Hi poppy glad you liked links defo eye opener esp what the dont tell us or look for .. You right about traits have few myself.

Have read few things about dandelion roots and are a post to be good.

Glad you and keep amazing doc's

Thanks for comment glad you liked links when i read them was surprised myself guess thats why did post given stuff been going threw suffering from.

As usually am just waiting to see what doc's do or dont with information.

can u get gene testing on the nhs

suffering i.e lung stomach issues dose make you wonder HOW much is down to CF gene mutation carrier...

And carrier of Cystic...

afew healthy CF carriers and lung issues such as late on set asthma and stomach issues WHERE commen...

OMG Can Somebody Do THE Math :0

Here is interesting STATs they say 1 in 25 is a cystic fibrosis carrier AND well here is where it...

After being told last night they have concerns re my heart w...

Back in the Land of the Living - I think!