Thursh cleared but symptoms are still there - BASHH

So for over 2 months I have been dealing with so called 'thrush'. I finally spoke to my GP who put me on anti fungal meds for 2 weeks. At the end of 2 weeks, i'm still getting discharge (not cottage cheese like but more thin and 'milky'), my clitorius and labia minora is very senstive to the point if I wear underwear, it feels suffocated. On my labia majora (right side) I have a raised rough patch which itches sometimes. Has any one experienced continuous symptoms like this? I'm scared this will continue as its already started to affect my day to day life. I am not sexually active so I don't assume it will be any STI's. 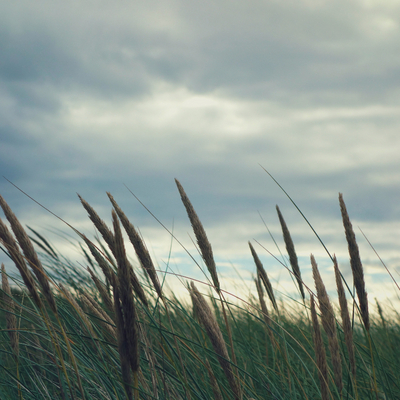 IRIS174
To view profiles and participate in discussions please or .
Read more about...
12 Replies
•

Try to use boric acid vaginal capsules for 5-7 days. It really helped me, I bought mine on EBay.

Moo has a point- try to get an appointment to see a doctor at your local GU medicine/Sexual Health clinic. Contrary to popular belief, you don't have to be at risk of an STI to attend these clinics.

Antifungal treatment is usually very effective for treating candida, but if the treatment isn't working, then the symptoms could be due to something else. Swabs and an examination would help to establish the cause of the problem.

I continually suffer from Thrush and am not sexually active. Thrush isn't a sexually transmitted disease, but can be transmitted by having sex. It's possible to suffer from Thrush, but not via sex. It could be Diabetes, or something else. A blood test showed that my glucose levels were normal. Typical medications like Canesten cream and Fluconazole capsules didn't work for me, but they may for you. There is also a herbal remedy that you can try named proskin candida, which you can buy on Amazon. A dietician recommended I eliminate all sugar from my diet for 3 weeks, since sugar feeds infections. This also meant eliminating milk products, due to the lactose (milk sugar), and yeast. I'm half way through this "diet", but can't see any improvement yet. Some doctors have just shrugged their shoulders and said it's just "Bad luck". Idiots!

IRIS174 in reply to ramases2

I was put on 50mg of Fluconazole to take everyday for two weeks. The itch and burning slowly disappeared but the area especially clitorial area was very sensitive. The meds also gave me a lot more discharge (thin and ‘milky’). After two weeks, I noticed the discharge disappeared, it wasn’t itchy or burning but the area is still very sensitive. I don’t think I want to start taking Fluconazole again as I don’t think it help much. I’m hoping to wait it out to see if this can eventually return back to normal. I am also due on my period and the use of pads irritated the area and makes it really sore but I’m hoping this time it won’t be as sore. It’s a constant cycle - every time is seems to be improving, I start my period and then it makes it worse again

ramases2 in reply to IRIS174

I reacted badly after taking just one capsule of Flucanazole, dizziness, shaking etc. I've yet to try the natural remedy, Proskin Candida, so I may try that as a last resort. Some of the reviews were good, but it didn't work for others. I think it's the luck of the draw with many products. I've heard that diet, including excess animal protein can compound the situation, but I'm not sure if this is true, or not. I'd recommend you having blood tests, since the assistant in my local health shop said Diabetes was the cause of her recurrent Thrush. If all else fails, I'll return to the doctor for more tests.

IRIS174 in reply to ramases2

Hmm yeah, I think if I don’t see any improvement within the next two weeks I’ll go back to the GP for further tests. I am trying to reduce the sugar intake but it’s difficult when there is sugar in practically everything!

I’m guess I’m scared to find out if it something more serious like diabetes or cancer (that keeps coming up in google!) and this is the first time I’ve had thrush and I feel bad that you have to deal with this constantly

for me it’s constantly at the back of my mind and it’s doesn’t feel normal.

I don't eat red meat, just white meat and fish. Most vegetables are OK, especially green veg, potatoes. Presently I drink almond milk, although there are other choices available, like Soya milk. Eggs, nuts, natural nut butters, like peanut butter, cashew butter etc (no sugar), tortilla bread are fine. If you must eat yogurt, then try natural, unsweetened yogurt with cultures in it. Moreover, check-out vegan and vegetarian foods that don't contain sugar. I was advised to try this diet for 3 weeks, but I see little point in persisting long-term if it doesn't have any affect. My metabolism is ultra-quick, which is why initially the doctors thought it was Diabetes. Also, my grandparents suffered from it in their twilight years, but they both lived until they were 94. However, 2 blood tests showed my glucose levels as normal. I've never read Thrush being linked with cancer. I've suffered with it for years, but it became more persistent as I got older. I used to exercised 6 times a week, now only 4 times, and played tennis 2/3 times a week in 40c - 50c heat of the Middle East for 11 years, so I doubt I'd have been able to do this if I had cancer. Stress is another cause I've seen mentioned, although your average GP is more concerned with giving you some medication and sending you on your way. It could be any of these factors, or more frustratingly, a combination of factors.

Yeah - I think google has kind off scared me because of the overlap in symptoms of Thursh and vulvar cancer. Lets see how it goes

Please do get yr gp/specialist to check for lichen sclerosus. It really is a thing that can be treated fairly successfully and sooner you get a diagnosis, sooner you can get treatment.

Yeah I’m planning on seeing the gp, because my situation 85% ok now but it doesn’t seem to be getting better..

"my clitorius and labia minora is very senstive to the point if I wear underwear, it feels suffocated." After taking a plan B pill , levenorgestrel I experiences these symptoms as well as sharp pelvic pain , increased anxiety and acne.

Few months ago, I noticed that I was having discharge from my penis and it did not smell good. I got

constant itching and burning on my labia. I have also learned that when I have sex, the itching and...

tongue continues to be like this (see photos). The symptoms apeared 1\\\\2 days after the sexual...

“Thrush” symptoms for over a year.

used the thrush treatment it did but then at the start of 2020 I started experiencing thrush like...

with diarrhea, severe night sweats, weight loss, thrush and changes to my vision. It’s been almost...