So I’ve been diagnosed this passed weekend with HSV-1. It’s a complicated situation. My current boyfriend who I’ve been with there years , has constantly been caught talking to other girls (more than 5 times). Not sure if he’s actually done anything but I highly doubted. Yes I’m upset and wondering how should I confront him about it. I feel nasty and like a mutant. Really don’t know how to communicated this with close ones and I have a 1 year old son I don’t wanna give him this infection. I also don’t want to be bashed for having this infection and not knowing where it may have come from. HELP ME may I also mention there one other guys I’ve been with. I took a break from my bd because of the situation and when I talked to the guy about it he was very understanding. Says he’s been tested and he’s okay but I would love to see his result as well but I do not know how to ask with out causing confrontation. 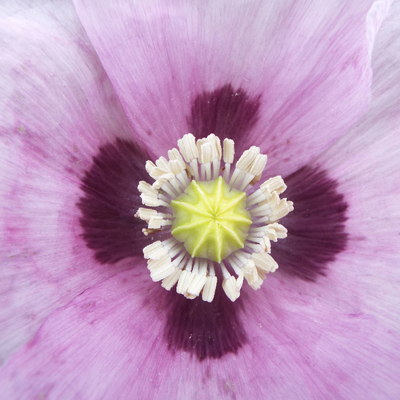 LoveBird26
To view profiles and participate in discussions please or .
Read more about...
8 Replies
•

Was the Herpes out break around your vagina?

HSV1 often infects the lips/mouth where it causes cold sores. It's often passed on through oral sex.

Your BF may just have had cold sores or not even be aware he is infected.

It sounds like there's some uncertainty where this has come from so the discussion needs careful handling.

LoveBird26 in reply to markh57

I had mild symptoms below and up top. I never really paid attention to my lips I thought it might of just been a tingle like it does when I eat hot food. Down below was just an irritation like a yeast infection and bacterial infection. Didn’t believe that could have been herpes. But I became concerned with a pimple that came on my lip kind of turned into a scab. The docs said that it just looked like chapped lips because it was not noticeable and for my vag they kept saying it look normal it was just yeast and Bv so that’s what I thought it was. Yeah it’s major confusion but my Symptoms came shortly after I shared a bong with a close family friend. She told me like a week or so after that she had HSV1 after I told her I think I might have it. I should have included that but a lot of ppl say it’s low risk to impossible while others say yes it can happen

markh57 in reply to LoveBird26

So to get your diagnosis, did they get a positive swab from you lips, your vagina or both? (sorry to keep asking questions). Both would be really unlucky.

Skin on skin contact is usually required but if your friend took the the bong straight from her lips and you put it straight to yours and she had a cold sore coming I wouldn't rule it out. I don't see how that could account for your vagina though, hence the question above.

If its in your lips you need to learn to recognise the early tingle of a cold sore coming. Then don't kiss anyone including your son.

I got my diagnosis through and Igg blood test so I’m not sure. I haven’t had any lesions to swab unfortunately. And idk anything is possible even with the bong because I could have passed it to bf and he could have passed it back. I’m for sure it’s on my lips though. all I get is a tingle. But that’s about it and it has done it for weeks at a time. Idk if that’s possible. However I’m going in to speak with my primary doctor and see what she can help me with

I really appreciate the comments. I was devastated at first but it’s life and things happens. I’ll do my best to prevent my son from getting it and I’m going to have talk with my sons dad. However I strongly believe that bong is the reason being. And even if it isn’t she should have warned me and gave me that option because it was directly from her to me

The blood test at the clinic I go to cant distinguish between HSV1 and HSV2, but maybe you've managed to get a better test?

I have HSV2 by the way, but had to wait until it could be swabbed during an outbreak to get a proper diagnosis.

The other limitations of the tests is they dont give you much information about how long you've had it. It could even be a re-activation of an old infection

We're in good company having HSV. It's really common. I havn't seen British figures but in the States between 1 in 4 and 1 in 5 people carry it.

The conversations can certainly be tricky though.

I rather the conversation be tricky and for him to be mad than to be going around unknowingly passing it. And yes it is common here in the states. I have a few family members who have it as well. So a lot of my coworkers as well so I guess the next thing is just learning how to manage

markh57 in reply to LoveBird26

I completely agree that you should front up and discuss it even if you are unsure of your ground.

There are some other useful threads on here about living with Herpes that you might want to read when you have some time.

Best of luck to you x

Having HSV has affected my Sex life massively even though I haven't had an outbreak for years,...

Given my boyfriend herpes

and then I tell him that it could have been herpes and I’ve nearly knowingly given him it? I’m at a...

some experiences from others who have this- what triggers your outbreaks? how often do you get...

i'm scared of how this will go in the future and whether someone will be accepting. How have people...