Hope everyone is well 👍🏽

As some of you may know, I stopped having issues and felt as if Asthma symptoms had really decreased.

After discussing with GP, came off steroid inhaler and have been fine. Only used blue ventolin inhaler one puff, prob once/twice a month etc.

Was fine and then had the covid pfizer booster and feel as if needed it again a few times more frequently after 2 weeks or so.

Now have that feeling of where mucus and breathlessness is increasing and occuring. (This happened also 2 years ago when I was first given inhalers and antibiotics to clear chest infection but I was much worse with wheezing and coughing then- could well have been covid that caused it but it was before it was known etc and was diagnosed with pneumonia and to take inhalers which I did).

Top of chest feels fine this is more from ribs area and diaghram. Had a lft covid test and its negative. Just really out of breath when doing things now and get breathlessness more. I've stopped taking my walks as much for now.

So now I'm just taking the blue inhaler one puff every two days or so to help. Should I ask to start steroid inhaler again and how do I know if I need it (taking into consideration this will need a few weeks to kick in?) I was using Clenil and still have it but it's a few months old now as stopped using at that time. Or just maintain the blue inhaler? And maybe increase when needed? Or what's best way to proceed from here from your opinions please if poss...?

Can anything help with the mucus that I can get without prescription, I'm in the UK?

How do I know if its getting worse or just a flare up due to the weather change?

How do I know when to seek extra help.

Please let us know your thoughts if poss?

Thanks All and much appreciated 👍🏽🙏🏽 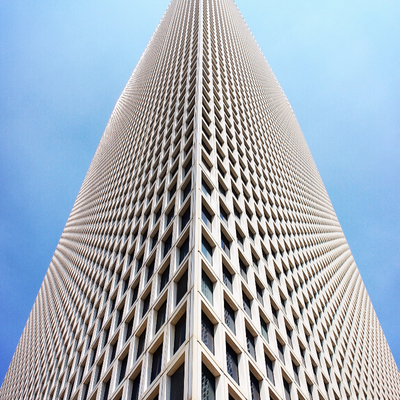 Ami40
To view profiles and participate in discussions please or .
Read more about...
17 Replies
•

Hi Ami, you blue inhaler will open your airways but will not reduce the swelling in the airways caused by inflammation. Your preventer inhaler will do this, but as you say it takes a while to kick in.I would give the asthma nurse or GP at your surgery a ring.

Ami40 in reply to Troilus

Thanks for your response, how do I know if this is inflammation from the airways though? I can feel some mucus but just in throat really anywhere else, not coughing anything up and not wheezing? My PF is OK really and I even blew 700 which is the highest I've ever done...

Spoke to Asthma nurse and she said maybe go back on to Steroid inhaler and see if helps and use ... yes you're right blue inhaler just opens airways which I think are fine it's just breathlessness suddenly etc, that's the only issue really?

Hi Ami, my normally well controlled asthma has been causing real problems over the past few months. My asthma team have put it down to the constant fluctuations in temperature, mild one day and freezing cold the next. Whatever the reason behind your flare up, I'd recommend speaking to your GP or asthma nurse, it's easier to get on top of a flare if treated quickly rather than leaving it until it gets really bad. Hope you start feeling better soon

Yes it seemed everything was under control and I wasn't even using the blue inhaler! Then after covid booster and weather change, bang... needed blue inhaler and then straight after keep getting the mucus issue...

Not sure if its inflammation from the airways though? As stated above, I can feel some mucus but just in throat really anywhere else, not coughing anything up and not wheezing? My PF is OK really and I even blew 700 which is the highest I've ever done...

Spoke to Asthma nurse and she said maybe go back on to Steroid inhaler and see if helps and use ... yes you're right blue inhaler just opens airways which I think are fine it's just breathlessness

Speak to your doctor.

They can help with the mucus and your increased use of Ventolin.

Ami40 in reply to floating_

Thank you, my Dr's are busy at the mo but trying to get in ASAP. Any ideas how they can help with mucus... Its just breathlessness that I'm suffering from. I have a steroid inhaler which not used in time but been advised to go back on to it from Asthma nurse... seems to be only a week ago and it's flared up after ages with using nothing

floating_ in reply to Ami40

Have you gone back to the steroid inhaler? It'll take time to bed in again. Give it a little while. There's a lot that can be done for mucus but it depends on the source of the mucus.

Ami40 in reply to floating_

Can just feel it in throat only sometimes, not coughing anything up, just breathlessness really... and that's only since recently, airways seem clear just all of a sudden breathlessness etc, not gone back to steroid yet, but think it's probably best thing to do and then come off it again if possible...

floating_ in reply to Ami40

I don't mean source like that, I mean infection, etc.

Go back on it if you've been told to by a medical professional.

Hi, My 12-year-old has asthma. When he gets an infection he builds lots of mucus which he finds so hard to clear which then brings on breathing difficulty. He uses a neb with muco clear in it to help break the mucus up. He has a preventive inhaler called Seretide? Have you been tested for any allergies? and checked your IG's bloods.

Hi….regarding mucus…I find inhaling steam with salt in (head over bowl with towel 😬) first thing in morning and before bed alows you to ‘shift’ whats accumulated.

LysistrataCommunity Ambassador in reply to Evie3

Just to add as a general warning for others reading to be careful with this - yes it can be helpful for mucus, but can also set some people's asthma off. This also applies to inhaling with Vicks etc - can be a trigger on top of the steam.

Evie3 in reply to Lysistrata

Oh ok thanks….I was told that salt breaks mucus down. We all have to do what suits us dont we.

LysistrataCommunity Ambassador in reply to Evie3

It probably does, but the steam can be an issue for some people with asthma (and maybe also the salt in some cases - not sure). Not everyone, so you may well be ok with it, but it can be a trigger for some so I wanted to flag that.

A lot of this type of advice seems to be aimed at people who don't have asthma. Or there's an unfortunate general assumption, even with some drs, that all respiratory conditions/people with them are about the same, or that all asthmatics are the same and have the same triggers. I have had a GP refuse to believe me that steam and Vicks could set my asthma off, and basically call me difficult for not doing it. (I mean I also didn't actually have congestion at the time either).

Evie3 in reply to Lysistrata

I totally understand. I suppose really the only advice is contact Dr then 🙂

I think giving up your steroid inhaler which your body obviously needs was a bit premature. My GP told me to stop my inhalers prescribed for a chest infection when I felt better. I hadn't been diagnosed with asthma I stopped the inhalers as they said and I ended up in A&E with an asthma attack. The steroid inhaler reduces the inflammation in your lungs it's important to maintain your lung health. You obviously have inflammation mucus is a sign of this and you wanting to cough it up. You need to go back to your GP/Doctor tell them your symptoms.

Asthma and change in weather

so called them and their solution was to increase steroids. which I am refusing as I have finally...
•
13 Replies

Asthma Flare up - when will it end! It

well managed. Usually just with preventer inhaler and no need for my reliver. This was until last...

hot weather and another asthma flare up :(

can do for him now - when he was in on Monday they just gave him the 10 puffs and he calmed down...
•
8 Replies

Asthma flare up due to cold weather

asthmatic but take xolair which has worked brilliant as I have managed to come off steroids for...

didn't make much of a difference, and I felt like the GPs I saw weren't taking me seriously when I...

Sinus Surgery is it worth it?

My school is at it again!