Inhaler change: I have just been sent a... - Asthma UK communi...

I have just been sent a message by my GP to say they are changing my inhaler from ventolin to Salamol. 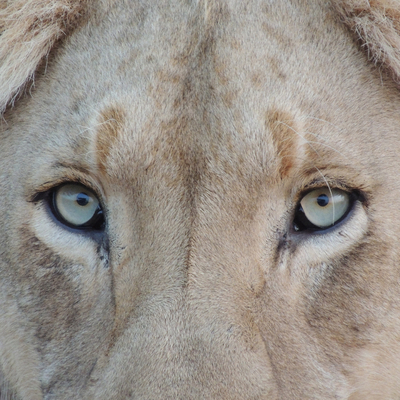 MikeMaxi
To view profiles and participate in discussions please or .
Read more about...
14 Replies
•

Both contain the same drug ie salbutamol. Salamol is cheaper but lots of people get on fine with it. I prefer Ventolin and my GP is happy to specify it on my presecription.

I have Ventolin Accuhalers but during lockdown my pharmacy could only get a generic version of Salbutamol, so I have that as a backup now and stick to the branded Ventolin. However, I currently use about 2 inhalers a year (60 doses per inhaler) so maybe the cost is bearable. If your use is similar then you could negotiate a return to Ventolin if you don't respond well to the generic inhaler.

My friend has branded meds for her condition (not asthma) as the generic brand causes her well known side effects. Most meds have ingredients other than the medication itself, so individuals may react to those fillers/propellants rather than the actual medication, but you'll need to try it out to see if you respond well to it.

my pharmacy gives me salamol sometimes I think its a bit cheaper, I'm fine with it though

It’s the same drug under different names and does exactly the same. When drugs come to the end of their protected period and are released for other manufacturers to produce they have to find other names… it’s the same as otger well known brands

My GP specifies ventolin for me as I find that salamol is much less effective.

Hi MileMaxi I’ve just received the same notification from my GP about being changed from Ventolin to Salamol.

We have amended the brand of your reliever (blue) inhaler on your repeat prescription to the Salamol brand. This new brand of inhaler is to be used in the same way and contains the same medication, but has less of an impact in terms of CO2 on the planet. This is to help ensure that the NHS does its part to reduce its carbon footprint.

I have had Salamol in the past when they couldn’t get Ventolin and found it worked just as well.

Hope you get on ok with it.

I've had a similar issue in the past where I was switched to Salamol from Ventolin and Sirdupla from Seretide - they just didn't work as well for me and had to switch back. So if it doesn't work as well for you the best thing to do is ring the GP and ask can they switch you back to Ventolin as they need to write this specifically on the prescription so the chemist can issue it - they won't just swap it at the chemist unless they are told to by the GP from what they tell me.

Don't be afraid to speak up - at the end of the day what works best for you is the most important thing, not what's cheapest for the GP, which is often the real reason for switching people to generic versions of established drugs.

I was told that the new one is CFC free and better for the environment and that was the reason for the change.

At one point my repeat prescription was changed from Ventolin to a Salamol inhaler MIke. It just was not the same, no matter how they try to tell you it is. Whereby one puff of the Ventolin would give me instant relief, it took at least three puffs of the Salamol, and it still didn't appear to have the same relief benefit. I got my GP to change the inhaler repeat prescription back to specify Ventolin. I didn't like Salamol, for me it just didn't give the same benefit as Ventolin. I believe it is just a cost factor.

Personally I don't get on very well with Salamol, and will be sticking to Ventolin.

I like Salamol as I use the Easi-breathe inhaler which means I don’t need to carry or use a spacer all the time.Ventolin doesn’t have this option - so I’m a convert solely for this reason.

But I agree it’s probably a cost saving measure.

Give it a try!

Tugun in reply to Pipsqueak77

I'm actually allergic to the propellant in the Ventolin so I have to take the powdered form in Easyhaler. Ventolin's propellant gave me asthma - quite severely - but then I was taking more of it to compensate for the increasingly difficult asthma! When I went on to a powdered form of ventolin - no longer made in my country - the asthma went back to normal.

There is no difference just a different name and different brand. They both do the same thing.

To reduce our impact on the environment we are changing our prescribing of salbutamol and Ventolin brand inhalers (reliever/blue inhalers) to the Salamol brand, which is the same but associated with less than half of the carbon emissions. Your next prescription for a reliever/blue inhaler will be dispensed as the Salamol.

Me too I never used it only ventolin I will wait and see. I just go new ventolin inhaler so dont expect to use them up anytime soon.b

being phased out. From all I've read it's a cost issue but I am worried I have been given an...

Inhaler change from Seretide to Fostair Next

Have been changed to fostair Nexthaler 3 days ago from Seretide 125. At the moment my asthma is...

Gp changing my inhaler without telling me 😞

with it, obviously he doesn’t have asthma & have to take these inhalers 😠 & to top it off not...

about changing as I have been ok with the Symbicort and I am due to start the new one today. I just...

Any experience of this?