Is cough variant asthma harder to treat or diagnose.

There seems to be a lot more people diagnosed with it, which is good that it’s being recognised. I was diagnosed 13 weeks ago and am on my third change of medication, Forstair 200/6 now and my second lot of prednisone.

I never wheeze, my peak flow is 350 in the morning and 380 to 390 in the evening. Even when feeling breathless my peak flow hardly changes and this stopped me from going to A & E because I felt I would not be believed.

I cough almost continuously in the morning, less in the afternoon and hardly at all in the evening. As yet the GP hasn’t managed to find a medication that works. If it’s bad I can cough all day. It’s a totally different cough to a cold cough.

The asthma nurse wants me referred to a Respiratory Consultant but the GP is not doing so at the moment. In a way I am scared of being referred and told yet again it isn’t asthma.

I would be interested in reading about other people’s experiences with CVA. 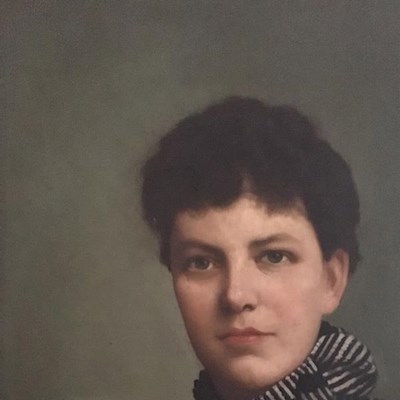 Oldandgray
To view profiles and participate in discussions please or .
Read more about...
10 Replies
•

laryngopharyngeal reflux (LPR, silent reflux) has identical symptoms to yours, cough, constant need to clear throat, SOB but with an unchanged PF. It is often misdiagnosed as asthma.

You should investigate the other symptoms of LPR to see if it matches your experience.

I have taken Ranitadine for years due to the long term use of a prescribed NSAID with no effect on the cough. a spirometry test showed a lung function of only 61%. With a lung function of 99% following a nebuliser. So GARD and LPR not believed to be the cause.

LPR has been show to not respond to H2 blockers and PPIs, they are only useful for GERD.

Oldandgray in reply to robert1957

I have checked my supplements and both my cod liver oil and multi vitamins contain 100% of RDA .

I recently had a blood test and all my results were normal.

Thank you for taking the time to reply.

robert1957 in reply to Oldandgray

hello magnesium. Is a mineral

1% magnesium is in your blood 99% in your bones organs and cells.

Hi, Old and Grey! It must be harder to diagnose. I didn't get a real diagnosis for two years. I heard everything from allergies to bronchitis to tracheitis, but nothing that I took seemed to help. When I finally heard that it was cough variant asthma, I didn't believe it and tried the medicine for a few days and gave up. Finally, when nothing else worked, I gave it a go and stayed with it. The meds really didn't control the coughing. When they changed the meds to Montelucast and Pulmicort, it worked, and the coughing was finally controlled. Don't give up! Sometimes it just takes a while! Courage!

Oldandgray in reply to baroque570

Thanks for your reply. As you see the first two replies tried to help by suggesting alternatives to CVA. If we wheezed I’m sure it would be easier to diagnose.

The GP and I have tried alternatives such as acid reflux, post nasal drip etc. I am currently trying Gaviscon Advance and Ranitidine. ( I need Ranitidine when on

Prednisone) but have been on it for years as a protection for a NSAID.

The Gp is happy to diagnose CVA but I try other treatments just so I can say what alternative diagnosis don’t apply. 😳

I wouldn't say I have cough variant asthma but I have a cough as an element. When I was first diagnosed aged 7 I just coughed and coughed, mainly at night, which the GP told my mum was fairly classic for children with asthma. Diagnosed again as an adult when I thought it had gone away, the cough was a key symptom for a while. I actually irritated my airways with it so some of that was not an asthma cough and it became a cycle. I saw a physio who helped me with cough suppression and so I got rid of that element, but they were keen to tell.me it wasn't asthma as I very rarely wheeze and my peak flow can behave in odd ways. It's more about its response to meds than a linear response to symptoms, and doesn't correlate well with attack severity. My FEV1 now is permanently a bit rubbish even when PF is good so I hsve more faith in that as an indicator than PF.

Now I have severe asthma, my cough is still a feature but only when really going downhill. I can have attacks where I cough loads and others where I don't much but both result in hospital admission - again not much relation to their severity.

I do find some.drs are keen to create artificial distinctions. If I say I don't wheeze I sometimes get 'oh so you have cough variant asthma'. No I have a cough as a symptom sometimes, SOB always, tight chest often, wheeze very rarely!! It is more nuanced than cough vs wheeze and this can vary within the same person over time and even between each attack.

Hope this helps a bit - feel as if I hsve just rambled but I hope my experience is useful to hear.

I believe my son has cough variant asthma so I know these...

as kept awake all night with hacking cough and wheezing. Was told chest was clear as was...

with it. Doing some research I came across cough variant asthma and I really think she has this....

Hi I'm 62 years old female have a cough variant Asthma and PND I'm so full of mucus in throat and...

this appears a stupid question. I am new to cough variant asthma so not sure what is classed as an...