﻿this is a scam the tax office always writes to you , second they go through security questions first to make sure they're speaking to the right person . And third they don't call from mobile phone systems . 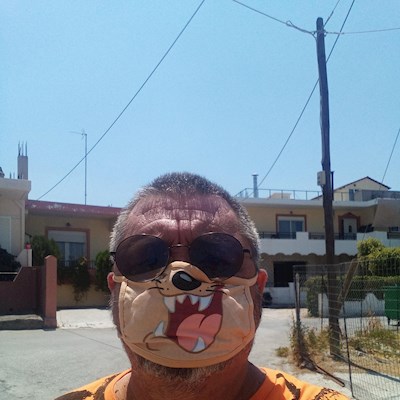 Daveyboy1963
To view profiles and participate in discussions please or .
31 Replies
•

That's why I posted it scammers pick on vulnerable people every chance they get . 👍🏼👍🏼

Thanks for the warning. I had 2 from the dvla about there not being enough funds in my bank to pay for my Road tax. Funny really because I paid it in June!

I'm sick of vultures praying on people like us which are vulnerable . Totally soulless well I won't say what I'm thinking 😃 always the vulnerable ones I bet sunak never gets calls

The head of HMRC was called. I think last year or year before, he kept the bloke on the line while getting colleagues to get involved. I believe they were caught.

But it still goes on this is crazy . Like I said I got called it's just disgusting

Crafty cretins, how brazen is this. What a world 🌎

People have to earn my trust, I do not give it freely. What they think about my stance, I just couldn't give a toss.

Thanks, thats been going around for a bit plus "your national insurance account has been involved in fraud, the police are about to arrest you unless you deal with it immediately." Press such n such or call such n such. That was scary for a while, several calls over a few week getting progressively more threatening. I'm blocking numbers all the time. Swines

Here there's a Microsoft scam aswell so many Greeks lost entire bank account because of it . They are nothing but soulless vultures that need dealing with big time .

Thank you for sharing x

Daveyboy1963 in reply to Alberta56

The one the other day definitely American 😂😂😂

When I have time on hand and these calls come in I keep them on the phone and waste their time. I pretend to go along with it and act confused and rather stupid. I give a false name and when they ask if I’m by my computer I say yes, when I’m not.

I kept one on the phone 25 minutes the other day because I had the time available to do so and time prevents them calling other people to scam. Eventually I got fed up with the play along and I told him that he may think I’m stupid but he was the stupid one because I knew all along that he was a scammer! I then put the phone down without waiting for his reply. I guess he was very mad at having had his time wasted!

So guys, if you have the time, string them along.

Problem is it is an automated service message with just one response press one. The calls you are actually charged £1.50 a minute.

Thanks for the warning.

They tried that here a couple of years ago.

Oh right! I had a CEO From Walmart messaging me yesterday. I ignored it and now it’s been taken off. I knew it was a scammer. Well hard luck he won’t get anything out of me. If you havent got they can’t have. 😂

I get my Jack Russell Terrier to yap VERY LOUDLY down the phone.....after they lose their hearing they hang up😉....never fails.

I agree there are many scams about and unfortunately the aged and vulnerable are exploited. As TEMPO 56 says interesting to keep them talking. I had a call regarding an exclusive insurance deal, must be agreed that day to receive discount the ‘voice stated that they worked for the Bank of England’ I asked what next, asked if he wanted my bank details he obviously thought I was stupid and I told him unceremoniously where to go, he put the phone down however I worry about the elderly who can be taken in by these scumbags. I also disagree with my mobile phone number being sold off is anything safe.

Odious…. I just put the phone down, and block the no. when possible.

I always just leave the phone off the hook when scammers call as it then ties up one of their lines for however long I leave it so they cant phone anyone else .sometimes Ive pressed the number and then asked them if their mother is proud of what they do which tends to fluster them. they can only get your bank details if you give them relevant info .

it was free anyway. In the end I put the phone down. I phoned my card provider and was told that...

not him because of his very bland answers to my detailed questions about his health and that of his...

had echocardiogram. with this con and later he phoned me to ask if I was on bloodthinners . I had...

good sign or does it just vary from one person to the next? Does it make any difference in the...

Hi everyone, I was diagnosed over the phone with copd by my consultant in June. I have since read a...