﻿some ppl need to realise that a person being 65 and having a chronic illness doesnt mean they are a soft touch or so preoccupied that they will not notice disrespect , disrespect takes many forms and I'm sure you will forgive me when I dont elaborate but can I just say we all havent lived this long and dont see when some thing or somebody is wrong,dont put up with it,instantly stop this disrespect or it will get worse and weaken ones self , sorry for being so fauge but please remember to be true to yourself and dont accept disrespect 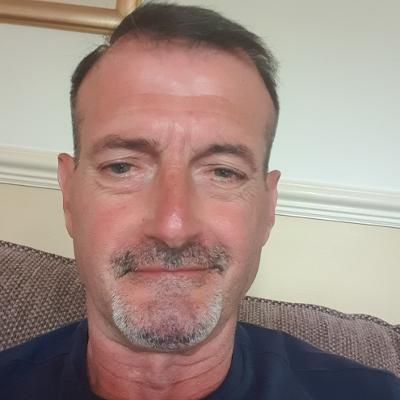 soulboy118
To view profiles and participate in discussions please or .
56 Replies
•

soulboy118 in reply to sassy59

Thanks Carole, the body might not be 25 anymore but the mind and will is , hope yourself and Pete are both ok and I'm fine xx

sassy59 in reply to soulboy118

Ahh the good old disrespect word!! Absolutely agree although not quite 65 but I am known to tell people - I hope I can continue

soulboy118 in reply to pepparuby1

soulboy118 in reply to pepparuby1

I never thought of flipping that word disrespect and it being used as a weapon to attack someone .

I agree with you, no one should have to put up with any disrespectful ess from anyone. Have a good night and take care 😊 Bernadette and Jack 🐕 xxxxxx 🌻🌻

Thanks B , hope yourself and Jack are enjoying the summer x

Mmmmm Just because I am female, 4ft 11in and 70 years old, does not mean i have nothing between my ears. Once or twice I have had the conmen on my doorstep and as they look down at me, leaning on my walking stick, you can almost see the pound signs revolving in their eyes. Such a disappointment for them. As to relatives, I have no one who needs to try and get me to change my will. I feel, that if people put half as much energy into a job as they do into marrying to get money, or cheating people, or all the other things, they would be well off anyway.

soulboy118 in reply to SORRELHIPPO

4' 11" 70 and a walking stick ? Even I want to con you lol , I know what you mean though S. Some people judge by looks and miscalculate drastically , I do actually like the scam calls though , it's great to listen to their frustration when they think I've sent the money they want to a different bank , have a good evening S. And watch out for conmen or women .

SORRELHIPPO in reply to soulboy118

I have never forgotten my Gran, who had a police whistle, to blow down the telephone, in her days it was heavy breathers.

soulboy118 in reply to SORRELHIPPO

Izb1 in reply to SORRELHIPPO

I still have one by the phone lol x

strongmouse in reply to Izb1

I recall the time I had one of those spam telephone calls about their being a problem with my Windows on my computer. I was so fed up up with them I decided to 'play the older lady' and told the caller that my windows were absolutely fine and that I had only had them cleaned that week, but thanked her for her call. She was totally bemused by reply and repeated her 'script', and I repeated my reply. The conversation continued like this, my reassuring her that, 'thank you I could see out of my window without a problem.' She eventually gave up and I enjoyed a chuckle.

Izb1 in reply to strongmouse

strongmouse in reply to Izb1

It's good to laugh!

Izb1 in reply to strongmouse

Alberta56 in reply to SORRELHIPPO

I tend to use my 'posh' voice if I think someone is disrespecting me. They tend to back off if they think you are 'educated', This of course is tough on people who don't have a posh voice. I'm bilingual by the way- I have a normal north London voice for most of the time and a schoolmarm inquiring into misbehaviour voice for use on people who deserve it.

soulboy118 in reply to Alberta56

Lol, the old headmistress voice does tend to shrink people .

Alberta56 in reply to soulboy118

I wasn't even a headmistress, but it still seems to work most of the time.😁😁😁

soulboy118 in reply to Alberta56

NY mum had a " telephone " voice , it comically changed back to northern when she knew it was me calling 🤣

Alberta56 in reply to soulboy118

Good for your mum.

Tykelady in reply to SORRELHIPPO

Shrinkage does occur, 5'11" down to 5'9" , as with everything else its heading south

Am shrinking to!But tell my hubby every inch of me is totally awesome including all the naff bits that are definitely past their guarantee as fit for purpose.

I agree with everything you say. Everybody deserves respect, no matter what their age, but I’m afraid that seems to be something that’s disappearing. I don’t ever remember being taught to be respectful at home or at school, it was just how things were, but unfortunately the world’s a different place now.

Respect starts in the home , when any other adults came to our house I as a child was sent out of the room and to call any adult by their first name was disrespectful theh were always mr this or mrs that .

That was the same for me, and adults were always Mr or Mrs, or auntie or uncle.

I only knew my mum and dads first names by what other adults called them, they were after all mum and dad to me and I'd never call them by their Christian names

Same for me too. When my children got to 6th form age, it shocked me that the teachers asked them to call them by their first names!

I never heard anyone call any of my teachers by their Christian names even other teachers I'm sure it would have been a caneable offence , mind you just attending class also was ,ha .

That was the case with me, I don’t think we even tried to guess them. I was a primary school teacher all my working life and we were always Mrs, miss, mr or sir to the children.

Even when we went to the school cottage in Wales there was no loosening of boundaries .

At 85 years old I quite agree with you - but we seemed to have been brought up and educated differently back then.....😪

My mother always told me that when you get old you tend to 'disappear', especially women. I have found that to be true. So the older I get the louder I get too so no one can overlook me!

soulboy118 in reply to hypercat54

Now who has upset your apple cart soulboy118. I am now 70 and have become more like Victor Mildrew than i would like to admit but can still stand up for myself, well most of the time.

Its funny but there are a couple of people that I still adress as Mr/Mrs, sadly we cant say this for the youth of today, but when you look at some of the parents I am not surprised . Maybe there should be a lesson in school called respect x

soulboy118 in reply to Izb1

I have to laugh, my daughters call me David when they want to chastise me 😁

Izb1 in reply to soulboy118

But importantly always give respect as well

I hate with a passion being called"mate" by the younger generation it's a real bear bug of mine !

I was taught to never call adults by thier first names , and my parents were mother & father some of the expressions used these days are sole destroying. I hate being called darling , mate is not an expression for a female freind either, and tone of voice plus swearing are not good. We were taught that swearing came from those who had no other vocabulary for expression, but I appreciate its often an expression of angry exasperation. People do speak in raised voices as common place. As for con persons and scammers they only have one thing in mind to rip you off and often target the ones known to be vulnerable. But it is upsetting when veiwed as an object for ridicule merely because someone sees you as a easy vulnerable target to treat with comtempt & disrespect. On the phone you can often here them laughing in the background and realise its not a genuine call they just have time on their hands to disturb those who are stuck at home.

As someone who now needs carers coming in I get very annoyed when I feel like I am being patronised. Being asked "are we having a shower this morning " makes me want to murder someone!

You should look around the room when they say " are we" and ask who else is here or say no I'm having a shower your not invited .🤣

Totally agree with you. Respect costs nothing & I was taught to respect my elders as a kid & everyone else for that matter 🙂

That's why I started karate

are seeing the careers person on Tuesday to get some ideas .Then on Wednesday it's the dreaded...

traveling down on Tuesday that I wld be having 'some' tests. Some! A lung function test, ecg, chest...

seem to have a restrictive pattern in the lungs for some reason, I am now being reference to a resp...

coughing much more, mucus production increased and some chest tightness. (I have bronchiectasis and...

trying to get him out and about now and going on some trips locally but the oxygen cylinder only...