GORD and asthma: Anyone else here with... - Asthma Community ...

Anyone else here with GORD and asthma? I have both and a lot of the time I'm breathless and fatigued. I had a gastroscopy today and nothing showed up. The Consultant declared 'Good news!' but I had been hoping there was something wrong like an ulcer, that I could work on and be well again. She did take four biopsies though and I do want them to come back clear. Anyone else struggling,? 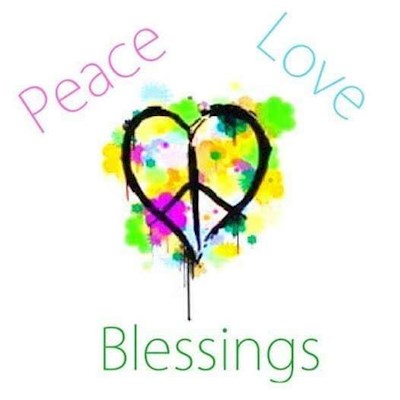 Poppydaydream
To view profiles and participate in discussions please or .
Read more about...
15 Replies
•

Did you mean GERD? If so, yes I have both. My allergist thinks I got asthma from it.

Yes Needful. I have Bronchiectasis too..also may be caused by the acid reflux.

Sorry Beeful for typo on your name. Wrote in bed when I woke up x

Hi Like you I also suffer from those conditions, have done for more than 6yrs. I find I t does affect of quality of life, I find people are sympathetic and do try to be supportive but don’t always understand the impact it has and how much effort it takes on bad days to function ‘normally’ at times it’s very depressing.

I wish I could pass on a brilliant solution but as yet one hasn’t come my way.

I take my meds, I meditate ( helps me to keep a more positive mind set) I love the best life I can, some days it’s much much harder than others and I except these conditions are with me for life.

I hope you find your way through it all,

Good Luck 🍀 and most of all, try to live the best life you can and on the bad days know that there will be a better one to come😊

Thanks Rosalada! I could have written your reply myself. We have so much in common. I would never have wished this on you but your reply has really helped me knowing I'm not alone coping with this. Thank you so much.🙏

Yes it’s a lonely world at times, it’s difficult for us all what ever conditions we have but like you, for me, knowing there is someone out there who understands makes it easier in the dark times. Look after yourself, and try always to move forward, may not be today, but tomorrow is a new day ,🤞🍀

Had any Dr ever questioned you or advised you on diet?

Yes, I have it, have done for some years and I’m currently under consultant led care for both asthma and reflux. In my case they don’t think it’s acid reflux causing the issues - 24hr pH monitoring came back with lower than normal levels of acid in the oesophagus. So at the moment they are considering non acid reflux. The symptoms and triggers seem to be very similar except I can also be triggered from drinking something as simple as water.

There doesn’t seem to be a consensus as to what causes what: whether the asthma increases the risk of reflux, or reflux triggers the asthma. My understanding is that research is ongoing to find a possible link between the two conditions (it’s not uncommon for asthmatics to develop reflux issues) but as yet nothing has been found.

There is also the problem that reflux symptoms can mimic asthma: so some people may think they have asthma when in fact what they have is reflux. I’m known to have both, but having the two conditions has caused problems in the past - it can be very difficult to work out what is causing the breathing issues: is it asthma, or is it reflux? We know I have no food allergies; that has been checked. I have found that if my breathing issues result from reflux eating can actually help (which would not be the case with asthma). Other than that the only sure way of telling during the day comes from medication: if it’s reflux taking Gaviscon advance will calm the breathing problems down; if it’s asthma Gaviscon won’t work but ventolin should do. At night I sometimes find that lying on my left side will calm things down if it’s reflux.

At the moment I’m coping by being very careful with my diet (what, when and how much I eat) and taking Gaviscon advance. I’m currently recovering from covid which didn’t seem to help my digestive system at all. I had a day suffering from terrible indigestion (and a second day when I had to be very, very careful) and I’m finding that breathing issues resulting from reflux have increased since I got it. I’m now in the recovery stage (having tested negative) so I’m hoping things will calm down. Annoyingly the appointment I was due to have with my gastro cons (the first face to face one I would have had for nearly three years) was due to happen when I went down with covid so it had to be cancelled. Fortunately they have managed to get me another one at the end of this month. I think there’s going to be quite a lot of discuss.

I was most interested to read your post. Yes it's really problematic knowing what is responsible for symptoms. I was told to take my emergency inhaler and if I don't get shaky with a faster heart beat it was asthma related. I also have Bronchiecstasis which could also be caused by acid reflux. Did you get your food allergy tests on NHS? I've been tested for other substances (thought I was allergic to dust in my house. Turned out to be my dog! ) Gaviscon didn't help my symptoms so I take a vegan alternative to Omeprazole. I use Fostair as my preventer inhaler and Ventolin as emergency one. Antihistamines and nasal spray every day because of my pooch and hay fever. I take the same precautions as you re meals. I have had days when I seem to be completely well though not for a long time now. Mostly I'm breathless with any exertion and fatigued. I would love to hear what your Consultant says! Wishing you good health and thanks for your reply.

I was advised by my gastro consultant to get the food allergy screening (by blood test) done privately, simply because the NHS version used by the hospital did not screen for many different food types (the 6 main ones I think is what he said) whereas the one done privately screened for somewhere between fifteen and twenty. They all came back negative. That said, the total IGE count (which was also done at the time) was very high, around 9 times higher than what is considered normal. No doubt then that I am atopic. We also know now that I have a grade 4 positive reaction to dust mite (severe), and have also tested positive for mould. With five decades of suffering from asthma and non seasonal allergic rhinitis behind me, neither of those positive results came as a surprise.

Having discovered that I do not appear to have acid reflux, PPIs such as omeprazole are not recommended, nor is any medication that reduces levels of stomach acid. That leaves only Gaviscon Advance until they can find out what is causing the issue. I sympathise with the feeling of breathlessness and fatigue: having had a not terribly good day today myself, I’m all too well aware of what it is like. The only thing I do know is that today’s issues are definitely down to reflux. After lunch, when things still weren’t calming down, I took 10ml of Gaviscon Advance (I use the liquid version - much more effective than the tablet chews). That has helped a lot. Annoyingly I can’t place what has caused the problems today, but that so often happens.

I find the same with bras.And anything tight around my stomach. Gaviscon didn't help me. I find heat very difficult. Thanks for info on food allergy test. I do know from experience the foods that upset me. I'm plant based vegan which limits things further.May well think about having tests done. I am changing Drs because of errors they made in my referral and hoping that the new ones will be more clued in.

Yes. I have changed what I eat, how much and when. I have lost a couple of stones and all this has helped so much. Good look.

Hello. 😊Yes, I have GERD (the "Silent" Reflux version). I've literally just been given a "likely" diagnosis of asthma.

I personally believe my longterm reflux is the cause of my breathing problems.

Hi I had long term GERD and then put on beta blocker for anxiety and my heart and then I had a very bad asthma attack could the propranolol cause that attacks? Thanks

Struggling to control my asthma

Hi, I have had asthma for the past 5 years, i was diagnosed with adult asthma. Always been...

but the next day… asthma attack out of the blue! I happened to talk to my asthma nurse after the...

taking regular salbutamol, but the breathlessness is the worst I've ever had! Spoke to G.P who has...

seem to be ineffective. Has anyone had a similar experience? Or has anyone got any advice? I am...

So, Friday I adopted a kitten.