How long does the effect of having a cathet... - AF Association

Hi i have had paroxysmal atrial fibrillation for all most 14 years and during this time has been in the main well controlled with medication.Over this time i have had short periods where it very positional ,no problems sitting or standing but lying down at night was awful ,but gradually it would sort itself out.This has been a bit of a theme,with every few years it would be difficult for a few weeks and then settle down. For me getting too tired,too much exercise, would often cause a problem with the AF but only for a short period of time,say up to an hour or so.Overall though the AF episodes have not really got any worse over the past 14 years.

I have refrained from going down the route of an ablation,simply because i could live with the PAF being controlled with meds as it didn't stop me doing what i wanted.I am now 61 years old and since i have a CHADS 2 VASC score of 0 not as yet been pushed into having a daily anticoagulants.However i know the medication won't work for ever,according to my consultant the longest time he has had a patient on meds is 14 years,so i guess i am nearing the point of having the op.I guess i always had in mind i would have it before 65.My question is however how long does the effect of having a catheter ablation last once the AF is under control following the proceedure.To date i have never really seen the necessity to go for the op if i can manage without it,however i am not keen on taking anticoagulants which i will definitely have to take in 3 or so years time,so i would like to know when people have had the op how long has the AF stayed away for . 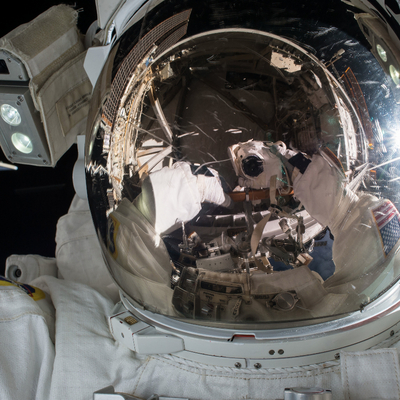 highbury44
To view profiles and participate in discussions please or .
Read more about...
14 Replies
•

Personally, I can't see any problem with taking the anti-coagulants. I think most people on here do not suffer from side effects unlike with many of the meds. The benefits outweigh the risks as you get older.

My ablation was nine months ago and my hr has been completely steady since then. No AF since so I'm hoping it will last a long time. Even if some new unwanted signals started getting through I would be happy to have another ablation.

It's as well you left it for fourteen years as the equipment and expertise has improved enormously over that period.

I had my third AF ablation in 2008 since which time I have had no AF. I did , however, develop a diffrent arrhythmia about three years ago.

Regarding anticoagulation, you will need to take one of those drugs for a period , maybe two months prior to any ablation (a procedure by the way not a proper operation) and for some time afterwards. Most of us stay on anticuagulants for life as there is some evidence that ablation does not remove the stroke risk. Having been on them since 2005 I consider them my best freind (if I ever think about them at all).

5 years on from procedures and fortunately still symptom free. Just on an anti-coag and would not refuse another ablation if needed. I was very symptomatic and drugs not helpful at all.

I've had 3 ablations, the first two did little to help and I really suffered with AF. At times I felt so ill I could barely walk from one room in my house to another, but after my third ablation my attacks weren't so severe. They did however last longer and I'd often need cardioversions to get me back into a normal rhythm. For about the last 18 months I've been in constant AF and have been told no more cardioversions or ablations. I can cope quite well as I am now and have more energy. I changed my diet drastically to a more plant based one and cut out all food and drink that contained artificial additives. How I wish I'd done that before having my ablations.

My message to you is, ablations don't work for everyone, so don't pin too much hope on one being a success. They're often not the cure we all hope they'll be.

highbury44 in reply to jeanjeannie50

Thanks for your reply.I totally agree with your comments regarding the effectiveness of an ablation this is why I will only have it done once the meds stop working.

But remember, everyone is different and there's lots of folk who have had success with their ablations. See what your consultant thinks as he is very unlikely to recommend an invasive procedure if he doesn't think there is a good chance of success, especially when the waiting lists for it are long.

It isn’t possible to tell how long an ablation will last, although once an EP has had a look at the heart and performed the procedure he might have a better idea based on how successfully he was able to ablate the tissue. Sometimes more than o e ablation is necessary.

Absolutely agree with you Robbo. Almost 4 years since the last of my 3 ablations and not so much as a blip (apart from a few transient flutters after My Covid jab). Life wasn’t worth living on all the many and various drugs they tried me on prior to the ablations. Now I happily and gratefully taken my Apixiban twice daily after having watched both my parents stroke out and die slowly over 5 weeks. Shudder. Why anyone would risk that is beyond my comprehension.

I'm 67. My first ablation failed after 9 months. Immediately had a 2nd, it lasted 10 years.

AFIB came back AUG 2020. Had 4th ablation (3rd AFIB ablation) OCT 2020. I'll be seeing my EP for some analysis and possibly a short (under an hour) procedure. Might implant a WATCHMAN device. Then, I'm done with anticoagulants for Life.

Whatever you do ..... get the best EP you can source. No mediocre EP's. The better they are; the better your outcome.

Good idea which I agree with, however I chose a good EP but have just been told he may not do it on the day. Could be anyone on the consultant team. ( NHS)

I think it is a very individual thing, for me it’s been a success so far and if it cane back tomorrow I’d do it again. What it’s given me Is the ability to forget about Afib, not having it occupy my mind. For that I’m eternally grateful.As for anti coags I see them as ticking the stroke risk box .

Hi, the meds don’t stop working but the AF gets worse and breaks through. An ablation is not considered a cure and the stroke risk is thought to be a combination of other factors plus AF so anticoagulation would still be advisable. Ablation success is very variable from temporarily making symptoms worse to many years of relief (I have no idea what the longest is). As Jeanjeannie often says it is a good idea to take as many lifestyle improvement measures as you can before considering an ablation because even if you end up having one the outcome would be improved.

The success of an ablation is highly dependent on what and how much is to be ablated. So, if you are still at the paroxysmal stage, many need only one ablation because only the pulmonary veins need to be ablated. You say you are paroxysmal with short episodes, so my opinion - I'm not an md.- your chance of the ablation lasting would be high.

On the other hand, if the EP has to ablate beyond the pulmonary veins, to other rogue areas within the atria, then how many rogue areas the signals have spread to would come into play. Also, the remodeling of the heart and the fibrosis would be factors. It would b safe to say that persistent patients have a minimum of two and counting relative to how long if they have been persistent. You are lucky; you are still at the paroxysmal stage.

How Long do Ablations Last?

Hi friends! I had my Ablation in March 2017. I have been AFib free till last week :( I am crushed

Does the catheter ablation have any effect on \"simple\" palpitations? I have rapid paroxsymal AF and am considering the ablation.

normal and I felt better. However a week later I was back in AF. At that time I had refused to take...

Post AF catheter ablation how long does it normally take to be pain free?

successful ablation but despite the first 2 weeks feeling great I now always seem to have chest...

Catheter ablation, or not?

tend to slow them down and end them for me. My EP recommends a catheter ablation. I am still...