On 12/07 suddenly went into acute afib out of the blue. I didn’t know what was going on and went straight to Emergency room. An IV DRIP put me right back into rhythm. Dr. Put me on 30 mg cardizem 3 times daily . No issues since.

The day it happened I had been sanitizing the house with straight bleach after we had a bout of stomach flu. Stupidly I did not wear gloves and breathed in a lot of fumes. I knew I had inhaled too much but did not think that much of it. Nurse in ER said the bleach could not have caused it. I have since learned that chlorine inhalation can cause afib. I also have sleep apnea which could be another cause.

I waited almost a month to get in to cardiologist. Appointment was yesterday. All cardiologist cared about was getting me on Xarelto. Did not care what could have caused the afib at all, was just in a rush to get to next patient . Was impatient with my multiple questions.

I informed him that I had clotting issues as a child and when my daughter was born and that I would like a blood test to check my clotting before I went on a blood thinner. He told me that was not possible and not necessary.

I’m in a quandary. Last thing I need is a bleed in my brain or someplace else.

I’m afraid to take the blood thinner and afraid not to . Still hoping it could be one time occurance or reversible due to sleep apnea. Dr. did not even look at my file until I asked him to. My heart is in good shape . Ultrasound of heart taken while in hospital . No issues there. Do not know if I have high blood pressure, did not think so. 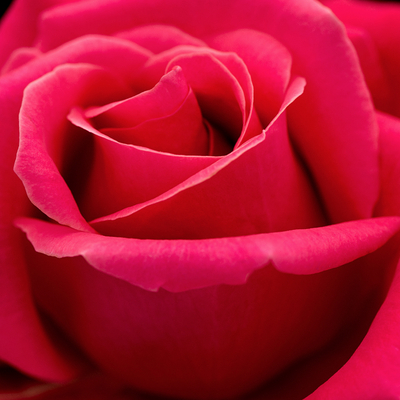 Sittowa241
To view profiles and participate in discussions please or .
Read more about...
27 Replies
•

Hi, do you know your Chads2Vasc score, which is used to calculate your stroke risk with AFib and therefore your need to take an anticoagulant?

What was the nature of your previous clotting problems?

I was slow to clot

And lost a great deal of blood with a normal delivery of my daughter. They wanted me to have a transfusion . I didn’t like the thought if it so opted not to

I lost 2.5 pints of blood but my haemoglobin levels saved me from a transfusion . I couldn’t stand up for a couple of days until my body began to produce more.

I was v Lucky, as it was the height of HIV being passed in transfusions.

I too had a violent AF attack, for 90 minutes, 6 years ago in June 2012. By the time I got to hospital it had spontaneously stopped. I’ve seen a cardiologist and an EP several tines since then and neither put me in anticoagulants. All tests on my heart were normal and, touch wood, no AF episodes since, only ectopics here and there and very short runs of svt.

When I had my daughter in 1990 I wanted an epidural. Unbeknown to me, a sample of my blood was taken and tested then I was told I couldn’t have an epidural! In the end I managed perfectly well with some gas and air and was pleased I hadn’t had an epidural. Did similar happen to you?

I’m 59 now and apparently not taking anticoagulants still outweighs taking them for me.I know there’s differing opinion on here so others will not agree with that.

I think your inhaling bleach could have been a factor. An icy drink triggered AF in my case.

No afib since the first one?

Auriculaire in reply to Sittowa241

The latest guidlines from the European Society of Cardiologists says that if the two points on the CHADSVASC are for age and sex ie no comorbidities then anticoagulation is not mandatory but can be offered. Dr Gupta mentions this in one of his videos.

Sittowa241 in reply to Auriculaire

Thank you Auriculaire! I’m new to this, that actually makes me feel a little better.

Auriculaire in reply to Sittowa241

This is very much against the general advice of this forum which is very pro coagulation. If you wish to see some statistics on stroke risk with afib ( other than the "sufferers five times more likely to get one ") then NICE have some very easy to understand graphs for all the scores on the CHADSVASC scale.

Sittowa241 in reply to Auriculaire

Yes a point for being a woman and another for age.

Don’t you think it’s odd that my dr isn’t worried about my bleeding issue?

If you are not happy with your medics answers then I would ask for another opinion. I'm not a medical person but if it's something that is important for me to have a definitive answer then I would not be fobbed off.

Interesting what you say about bleach. Must admit I can be a bit heavy handed with the old bleach bottle from time to time....will bear this in mind !

Have a chat now with your GP, surely, after this unsatisfactory appointment although all the GPs in my surgery, while my own doctor was away, leaned in favour of anticoagulation. I've had no clotting issues to complicate matters.

I've just said elsewhere that I thought anticoagulation sounded very scary and refused it initially. There was no peace of mind as I was scared to take it and scared not to. I gave in with great reluctance and felt extremely moribund for a while. I have completely failed to expire like I thought I might and have had no problems, haemorrhages, bleeds, trips to A & E or big dramas. It's been plain sailing.

Does your family physician have the details of your previous bleeding problems? Could she arrange the necessary coagulation screen to identify potential problems with long term anticoagulation? From what you have told us, a second opinion from a haematologist might give you peace of mind.

I agree. Thank you. I called today to try and see a different cardiologist , one that specializes in afib, and can’t get in to him for a long time. My regular doctor is who I will turn to now . It is so frustrating

How long have you been on it?

I took Warfarin for almost two years and Rivaroxaban for three years.

There are lots of risks for taking anticoagulant meds and not taking them. I've read a lot on both and have decided not to take them. I have a loop monitor for 2 years and since then had 4_episodes under 2 minutes. Both cardo and EP are in agreement. If I ever go more than 10 minutes, I have Eliquis here.

Thank you for your input! What is a loop monitor? I’ve been thinking about getting one of the new Apple 4 phones. They alert you of afib

Loop monitors seem an excellent way of picking up short or unsuspected heart rhythm problems. I believe they can be left in place for a long time even years. Unfortunately the cost means they are not used as much in the UK as in the US. Here we have to rely on holter monitoring over short periods which can be very hit and miss.

Get a second opinion that's what I did when my cardiologist didnt seem to know what to do.

I paid to see an EP he listened to all my questions and wrote what my cardiologist called an Eulogy of advice and suggestions fot treatment my cardiologist became the most empathic person ever and has remained so, I guess a little competition works wonders

Hi, following various PAF issues I was put on Rivaxaban and Sotalol 4 years ago and although I have had a few episodes and three cardioversions seem to be OK and prefer to feel protected against a stroke as my wife ( fit and hardworking ) had a severe one 4.5 years ago ( age 56 ) and was lucky to survive, she is now totally wheelchair bound and I am her full time carer having given up work. You mentioned Sleep Apnea something very close to my heart as I was waking up 4 times a night and to cut a long story short, started monitoring my blood pressure during the night time " wee visits " and everytime they were in the high 170's, went to the doctor and after the night time program monitoring was diagnosed with severe SA and put on CPAP. My Cardiologist now believes that is the cause of PAF and is hopeful I can come off the medication in time. I think in general as we are all so different the EP etc just don't know the majority of answers! Good luck.

Hello. I do hope you feel better now.

It could actually have been the stomach flu which caused your episode of Afib.

My daughter-in-law's father came to us on Xmas Eve morning full of cold/flu/ill and by Christmas day my son and granddaughter had caught it and by boxing day I and my daughter-in-law went down with it.

That night I had pains in my chest which wouldn't go with my GTN spray so hubby called ambulance and they thought I was having a heart attack, likewise did A & E. After numerous tests etc it wasn't a heart attack, but maybe micro vascular unstable angina. Nothing was done as it had cleared up and eased.

However, in the early hours of the morning (it was still dark so no idea of the tie) whilst still in hospital I just turned over in bed and wham atrial fibrillation started which had been absent since my ablation 10 months before. Rushed into rescussitation and was in there for about 6 hours trying to stabilise the very fast irregular heartbeat.

To cut a 3 night/4 day stay in hospital as short as possible, I received my discharge letter yesterday and it said atrial fibrillation was triggered by flu virus and constant coughing.

Sooooo maybe your episode was caused through your flu?

My suggestion to you is to seek competent medical care. Your doctor sounds to me to be a marginal practitioner. Never use Clorox without proper ventilation, gloves, a face mask. Use a spray Lysol instead. How could you not know if you have high blood pressure?

Woke up in afib again, converted by exercising. Need some advices.

medicine daily nor at the onset of afib. Total time spent in afib was about 30 minutes. The last...

In need of some advice.

suggested I get an ablation for my intermittent afib and etopic beats. What should I do. I'm 41...

having AFib. My cardiologist believes it may stem from my sleep apnea so put me on blood thinners...

We Need Some Clear Instructions re Arrhythmia's