Back in A-Fib : Hello! I saw my cardiologist... - AF Association

I saw my cardiologist on the 20th of this month and after three abnormal EKGs he told me I was back in A-Fib. He told me I can see an EP and get an ablation because it's persistent now.

I have not felt anything beside a little ache/pressure on my chest.

Do yall ever feel an ache/pressure when you're in A-Fib?

I am also on a blood thinner. How long have you waited to make your decision for an ablation? 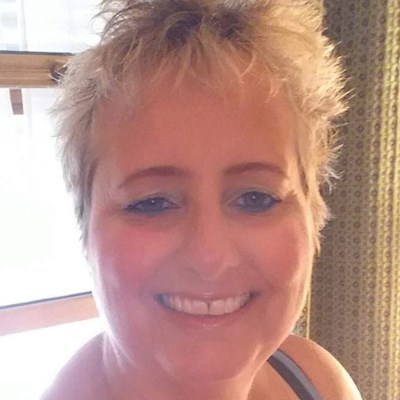 soberhoumom
To view profiles and participate in discussions please or .
Read more about...
7 Replies
•

I find it quite bizarre that your cardiologist has said go for ablation now you are persistent. Early intervention has always stood far more chance of a good outcome as permanent or persistent AF is far more difficult to deal with.

Regarding you actual question may people have no symptoms whilst others can be hosptialised due to the symptoms during an AF event. We are all different and experience varied levels of discomfort/ pain.

Don't wait! I was told to agree to an ablation because there were signs my AF might become persistent instead of Paroxysmal, so don't delay if you want to go for the ablation. I say 'want to' because some people with few symptoms decide not to try. Are you scheduled for a Cardioversion?

Hello and thank you!

I had cardioversion and was put on Amiodarone three years ago. I stopped Amiodarone in April because I hated the side effects. Aside from a few blips, I was in NSR until just last month.

Ianc2 in reply to soberhoumom

The half life of amiodarone is 3 months: - so

april/may/june 50% in your system.

So an ablation may seem a reasonable proposition?

An appointment with an EP is a good idea. You may decide your QOL is good and you do not want an ablation but it is best to talk to an EP who will discuss all your options with full knowledge of your medical history.

Interesting, Soberhoumon.... mentioning blips! I had my first ablation in 2016 and although it made a huge difference to my quality of life, the afib has made occasional revisits from time to time. It never lasts for long, however.... perhaps 10 minutes.... maximum 30... and I usually recognize the trigger. In my case..... dehydration, possibly risking a glass of wine when I am tired or...... strangely.... a few stressful thoughts! At my last EP visit, I said I thought I could manage it as I only get brief interludes every few months. Has anyone else had a similar experience? Slightly phased by SH saying that she has gone from blips to persistent.........

Some people, apparently, may feel a bit of pressure when in Afib. On the question of permanent Afib, there is some evidence that it is safer than PAF (which is what I have) as it may be that going in and out if Afib more dangerous than having it all the time.

weeks after ablation, I kicked back into a-fib this week. The problem is that the a-fib is worse now

Help! Back in a fib again

Have had 3 ablations to no avail. Am now on 100 mg flecainide twice daily. Dr. has had me stop the...

A-Fib during a SVT ablation

SVT ablation, while trying to put me into SVT, I went into A-Fib. This happen twice. The decision...

Back in A-fib even when taking flecainide