Christmas worries: Hi All, Having had a... - AF Association

Hi All, Having had a successful ablation recently & now back in sinus rhythm I feel great, but I'm slightly worried about Christmas coming up. For me Christmas is a time of parties & that normally means quite a few drinks. Having been told that I will be alright if I keep to sensible drinking I am worried that if I start alcohol again that my af will come back. I have a party tonight - do I drink or not? 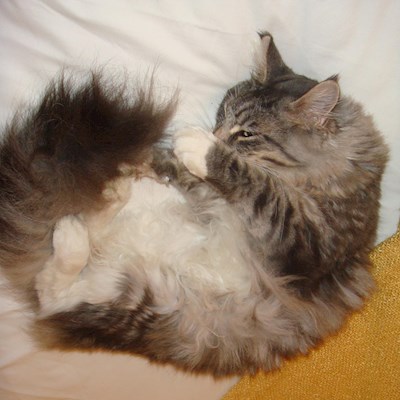 Cocofluffs
To view profiles and participate in discussions please or .
Read more about...
23 Replies
•

Was alcohol a trigger for AF before your ablation? If yes, then it would seem sensible not to have any alcohol. If not, then my advice would be not to drink any more than two units. Enjoy your party whatever you decide.

It’s always your choice but if that choice is the possibility of reverting back to Afib or cutting out alcohol surely then the decision is simple. I don't know if alcohol is a trigger for me or not but as much as i really do enjoy a deep, rich, aromatic red wine, i dont think, for me, the risk is worth it, so i have stopped all together.

I see from your earlier post you were put on Amiodarone before and after your ablation to help maintain NSR.

Methinks you know there is only one answer to your question.

Maybe things might be different next year once the ablation is established but of course, the choice is yours.

I just needed a shandy and 3 hours later I could be in AF. Not every time but so many times to enable to identify alcohol as one of my 'triggers'. So my decision would be easy. Only you can decide.

Alcohol is a stimulant and I wouldn't touch it with a barge pole. Its always going to be a personal choice but to drink alcohol while your body is trying to heal is asking for trouble in my humble opinion. Take care.

That depends whether one will lead to two then three then four and so it goes. You know the answer.

I wouldn't touch alcohol. It wouldn't be worth it for me.

If I were you I wouldn’t drink at all yet. Why poke the sleeping monster?

Not a lot of point having one and one might lead to more. The thought of abstaining is miserable I know,but you will be fine without.

One sip was all that it took for me to go into AF, as soon as I swallowed alcohol, bam, the AF started. The symptoms were awful and made me ill so i haven't touched a drop for 5 years now. I have had my ablation this year and am so glad I feel well I wouldn't even consider putting alcohol in my mouth again. Obviously I know how it feels to be the only one sober at a party but my whole lifestyle has changed now and I am no longer around alcohol, I avoid parties and tell myself how lucky I am not to have a hangover in the morning lol.

I had my ablation in July and feel great.We were at a Christmas party last night and there was lots of drinking all around us.I think we won’t do that too often.I would never chance taking another drink of alcohol because that monster AF just might rear it’s ugly hammering in my heart.I see quite a few people on this site who have a drink after their ablation and they go back into A/F.Even though I miss the odd glass of wine I sure don’t want to take a step backwards.Not worth it.

I thought I'd miss my pint at the pub quiz on a Wednesday, or going for a quick one on a weekend/after work.

Truth is, apart from people getting used to me saying "There's no point me going for a drink when I've got lemonade at home for free, come over here instead" I don't really miss it.

I was never a big drinker, I'd have the odd cider with the football or when I went out but I don't do any major going out now due to work and kids. So it's worked well.

Volunteer to be the driver for the festive season and make lots of lifelong friends! The Christmas season will feel twice as long. You will have enormous fun telling pals what they said etc.

Seriously if you are still on meds post ablation, it is sensible to avoid alcohol. Especially if one leads to another, better not to start.

HOWEVER comma,your body .your choice.

Our NHS needs our help. This means healthy living to support their care.

I always knew for about 10 years that alcohol triggered my AF.but I carried on drinking,.After being prescribed Warfarin I was shocked into giving it up.That was six years ago. I still miss it.But common sense thankfully still prevails.

I stopped all alcohol on initial diagnosis. I know I won't be drinking any alcohol this, or any Christmas. Having just had my second ablation, I intend to give it every chance at success. Good luck!

Is it worth it? I wouldn’t if I was lucky enough to be well again. I have given up smoking after 54 years to try and keep my tachycardia at bay. All the best.

My husband has completed stopped drinking despite the fact I like a drink. It was definately paid off for him. I would avoid alcohol and drink something else.

Have not had an alcoholic drink, since before my ablation in May and I personally would not contemplate drinking alcohol again, not sure if it was one of my triggers but have been out to few lunches and parties and you can still a good time without the alcohol,

Interesting, not one comment pro alcohol, despite what my EP said. I don't know if alcohol was a trigger for me as I was in persistent af. Didn't drink at the party - nowhere near as enjoyable because of that & left relatively early.Still would like one glass of champagne at Christmas. Amiodarone interacts with alcohol because of any effect on the liver, so a couple of units should make no difference from that perspective. Still thinking about it.

I just read this and remembered your post. In case you didn’t see it....

I know alcohol has played a role in triggering my arrhythmia at times, so now I have cut back to one glass of wine, and sip slowly ;).

OK folks having survived the weddiing of the year it is full steaam ahead for Christmas. Just made...

Wishing you all a very Happy Christmas and New Year

Thank you for all the support you lovely people...

truly a very lucky person to still be here. And have come such a long way. And except for the odd...

Sorrowing, sighing that's all a dying

And I'm back in good rhythm soon

feel as though I have been forced to have the jab because I think some people have genuine fear and...