Ablation recommended for my mother at 92 yr... - AF Association

Hi All - I write here for my mother who is 92 yrs old and has had afib for over 30 yrs now. Lately she is having more episodes that last longer periods of time. We saw her cardio/EP today and her heart is beating too fast. She has a pace maker that keeps her heart from going below 60 beats a minute. She is on metoprolol, Lasix, levoxythyroxin, magnesium and Eliquis.

Since the afib seems to have stepped up a bit, he is recommending an ablation of the circuit board of the heart. Has anyone ever had an ablation at this age and how did it go?? 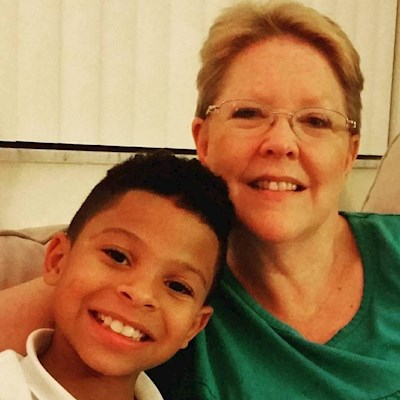 nymima01
To view profiles and participate in discussions please or .
Read more about...
16 Replies
•

In what country is this recommended?

Operations are risky at any age but at this age more so. Some questions to consider. How is the AF affecting her? What will be the benefit? Ablations don't guarantee a perfect result. The recovery can be lengthy. Will the risk and benefit outweigh the negatives now?

This is the USA. Her E/P seems to think this is her only recourse. He is hesitant to put her on medication. (I don’t know what medication he has in mind). We see him again in a week with our decision. I have tried reading up on ablations, but I don’t see anything for people in their 90’s. I will say she is very hesitant. She would not have any one to help her daily or nightly. I could stop by, but I cannot stay all day or at night as I work.

I would seek another EP opinion

I wonder if this is left alone, whether it may progress to permanent atrial fibrillation fairly quickly, which may be more easily managed and comfortable for your mother, than paroxysmal AF.

Perhaps a second opinion from a geriatrician who may take a more holistic view, might help your mother decide.

Is her potassium level normal? Lasix can cause a low level of potassium which might impact her AF perhaps.

She is not getting too much thyroxine is she?

Great questions. She’s sees the geriatric care physician next month. But her levels were good 5 months ago. Up until recently, her episodes of afib were more occasional and she got through them by meditating and breathing exercises that she’s done for years. Now, they are definitely interfering with daily activities.

This is what prompted me to call her cardiologist the other day. Twice we had to leave our outing and return home. And today again, she was in afib at the doctors office. Her heart beat was so fast.

I just don’t trust the ablation procedure at her age, but of course I want her feel better. She depends on me to help her with her decision.

How is permanent afib managed as opposed to paroxysmal?

You may find this article helpful. Perhaps the paragraph “Rate control” in particular.

Did the EP advise against digoxin again as we discussed previously?

Was she an active lady previous to her recent worsening of AF?

I hope you won’t feel it inappropriate to ask whether your mother would care to post on the forum herself ? It would be really helpful for us older folk here to hear from her, if she has the energy. I would be particularly interested to hear how she feels about the procedure proposed by the EP.

My 92 year old mother with her permanent atrial fibrillation, pacemaker, warfarin, digoxin and diuretic would not have been short of an opinion, using her iPad on the train back from the theatre in Shaftesbury Avenue.

I am going to see my mother today and I will sit with her and I will type out her questions to the group. She has macular degeneration, and cant see the keyboard to type anymore.

I do think the doctor was referring to the surgery to let her pace maker do the work. He has had a lot of experience with this and I do have trust for him to preform this type of ablation - but her age has me a bit worried. That being said, my mother is concerned about the down time she may have to go through if she goes through with this. I am too, as I can’t be there all the time until she is stronger.

Just to clarify that my comments were based on the assumption that the EP was talking about an AV node ablation. I don’t think any EP would consider a pulmonary vein isolation and left atrial ablation in a 92 year old ! My apologies if I am mistaken

Did he mention the extent of his experience of AV node ablation in patients in their nineties with heart failure? Of outcomes, complications, mortality rates.

I am sure you can see that I am surprised this procedure has been proposed when perhaps more conservative treatment may not have been re-explored. However this is merely my opinion based on what I understand about the approach in the UK, I know nothing of the specifics of your mother’s medical history and I am not a physician. Only her doctors can give medical advice.

It is difficult when trying to advise a very elderly relative in my experience, particularly when medical opinions conflict, or in my mother’s case when my opinion was sought but generally dismissed if it did not agree with hers 🙂.

In your mother’s position, I would bring forward the review by the geriatrician with the option of an opinion from a cardiologist rather than an electrophysiologist.

I am going to call her geriatric care physician on Monday to seek his advice in this case. TY for the mention!

Please let us know what he says 🤔

Did you ask this previously as it seems a very familiar question on here of her and your situations. Personally I think as the benefits and recovery from the procedure are long term that it would be unkind to encourage putting her through it.

I think everybody needs to read your post carefully. It seems to me that the reaction is over the word ablation and whilst I am not blaming you I do wonder if the consultant is actually talking about an AV Node ablation. Your Mother already has a pacemaker fitted and this would make sense although of course she would then be reliant on the pm.

I suspect that most people think of pulmonary vein isolation as ablation and I would agree that this is a pretty drastic solution for somebody of such age. AV node ablation is far less so and may actually be a good way forward.

Of course with you being in USA one needs to consider if the financial draw for the EP can be properly balanced against any benefits/risks as any procedure carries some risks.

I'm sorry I really can't give you any advice on this. I have had one ablation which didn't work and am awaiting a date for a second one. However I was really heartened to read your post because of the information you gave us i.e. that your mother is 92 and has had AF for 30 years! Good news for the rest of us in so many respects. Good luck with your mother's treatment whatever you decide.

I am thinking along the same lines as Bob, he may mean pace and ablate. She already has the pace part (the pacemaker) ablating the AV node would mean the pacemaker would take over her heartbeat (with adjustment to the pacemaker). So this would control her heart rate to beat evenly and control the rate. This has been offered to me because I am in permanent AF and my heart rate is very irregular and erratic, does not ever go very low always too high. I am on medications but if I go ahead with this I am told I could come off most of them, not the anticoagulant of course which would give me a better QOL. I am not your mother's age (71). As Bob says the AV node ablation is very minor compared to other ablations. I would clarify with the cardiologist exactly what he means. If I was your mother I do not think I would go for a normal ablation at her age.

I do not have any experience of ablation BUT I would leave 'no stone unturned' to get the maximum info. here,there and everywhere before any heart surgery at 92.There is also a lot of info.out there on reputable websites, e.g major US hospitals. Do not be hurried in reaching a decision,or no decision.

Okay - Speaking with Mom this morning and she feels “fine”! No afib today. She does not want to go through with the ablation at this point. I explained that it is the type of ablation where she would be reliant on the pacemaker solely and she likes this idea even less. “What if something goes wrong with the pacemaker?” She asks. I guess she understood what the doctor was telling her during our visit.

I am not going to push her. She has come this far with afib ALL these years. Ultimately it is her decision. Good days and bad days is what it has become now.

I much appreciate everyone’s input on this. It has been valuable for me to read through all the replies. I will still call her geriatric care physician on Monday to see what he has to say. Blessings to everyone!

Ablation for a 96 year old

cardiologist recommends that she have an ablation. My concern is what risks does she face at her...

Is 92 too old to have pacemaker fitted?

My Day for Catheter Ablation

have learned a lot about AFIB.  I thought it was just an irregular heart beat.  I had no idea it...

all who have posted about failed ablation felt.

I have Parasysmal AFib with no other health...

am posting something was his remarks to me that ablation would not extend my life and there was...

At my wits end!