Just wondered if anyone here that has had an ablation still have to take anticoagulants. My EP told me that I would but I have heard of other people that lived in another town with different EP that got off all medication after their ablation. I have paramoxsnal A Fib and only have episodes around every 3 weeks and rarely lasts longer than a few hours. If I still have to be on anticoagulants I really don't want to go thru the abalation surgery. 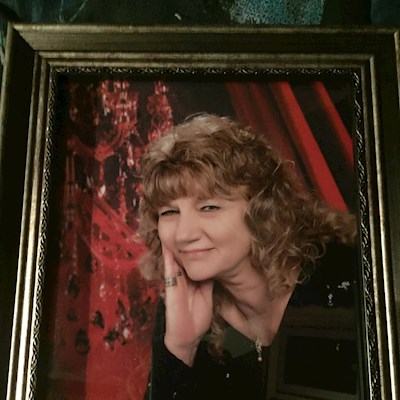 Flaka
To view profiles and participate in discussions please or .
Read more about...
18 Replies
•

Most of us I would think. Even a short bout of AF could cause a stroke. An ablation is to improve your quality of life. I have had 4 and don't consider myself cured although I am 2 1/2 years in SR. I am still on all medication and happy to not upset the applecart as I can function without having to sit down after every action.

You should stay on anticoagulants if you have PAF it is to minimise the risk of stroke.

This is regardless of whether you have an ablation or not.

The purpose of the ablation is to hopefully stop your AF and with a bit of luck take away the awful symptoms that we are all so aware of.

I have been on anticoagulants for many years with no ill effects. I appreciate some don't like taking tablets but for some, such as me, it is just a daily routine that causes no bother at all.

If it is a fear of the ablation you should not be scared of the procedure it is non invasive in the way heart surgery would be.

Many of us have had more than one ablation with no direct ill effects.

Hello. Yes I still take anticoagulants after two ablations, which incidentally I think are referred to as procedures rather than surgery not just a silly semantic point but rather an indication that an ablation is, while not a walk in the park, not especially stressful.

I'm more than happy to be 'anti coagulated' and now feel more protected against strokes and vascular dementia both of which terrify me and both of which are more than possibly caused by afib which I understand is never cured but managed.

Please don't worry about having an ablation, my EP described the risk of serious negative consequences as being about the same as crossing the road. It isn't a horrid procedure and recovery is swift if you take it easy for a few days afterwards. I'd far rather have another one than a nasty filling at the dentist.

After my first ablation I came off all drugs except anticoagulants. I'm on AG's for life (Warfarin, now Apixaban) and can't say I'm bothered by it. I fear a stroke more than anything. I've had two ablations, although one aborted, and both were no problem at all and the first one worked a treat for many years, and even now, 12 years later, it's still working I reckon, although not 100% any more.

IanB48 in reply to

Great to have some positive, realistic feedback about ablation! Many thanks.

EP arguement was I could have some episodes of af and not be aware. Also scarring of heart could cause clots to form. I am terrified of stroke so embraced anticoagulants!!

Hi. I had ablation last August and I'm not on anticoagulant. My EP said that I was low risk ( chad score of 1 ) therefore he recommended I stop, not least as anticoagulants come with their own risks that have to be balanced. I would say therefore it would depend on your individual circumstances and how successful the ablation is. Hope this helps.

Yes Flaka I had my second ablation in November still on medication and warfarin ,prefer it like that due to having palpitations now and then.

This is always an interesting discussion ! There is little if any evidence that a successful ablation removes stroke risk so many of us remain on it for life.

One must understand , however, that AF is only a contributing factor in stroke risk. As our old friend Dr Sanja Gupta of York Cardiology tells us it is not the AF which is at fault but the company it keeps. So for example if one has a CHADS2VASC score of 0 or 1and the only reason you are put on anticoagulants is for the run up to and ablation itself then there is an argument that once the healing process is over. say three to six months then anticoagulation may cease. On the other hand with a score of 3 it would be foolish so to do.

There is of course a further consideration in that not everybody knows when they have AF events and that even a few seconds of AF can be risky. There appears little difference in risk profile between Paroxysmal and Permanent although there may actually be slightly less risk in permanent AF as the shock loadings going back into and out of NSR can throw out any clots which may have formed.

Regarding you comments about not wanting an ablation (and by the way it is a procedure not surgery and EPs are not surgeons) if you have to keep taking anticoagulation I would say this. I think most people here would agree that in general they have less side effects from anticoagulation than any of the other drugs they take to try to control their AF. Many of the drugs are really nasty and reduce quality of life quite drastically whilst anticoagulants apart from the initial phase of the body accepting them are usually QOL benign. There will always be a very few people who do have problems but generally a small percentage.

I had ablation in sept still on all meds

I had ablation in August 2016 and am off all medication. Was anticoagulated pre and post ablation. My score is one for being female.

Hi I had an ablation last year and was told as I have a chads score of 1 (being female ) I could stop anticoagulants but on reaching 65 I would be advised to start taking them again as I would then have a chads score of 2. Having a friend the same age who has suffered a stroke and all the consequences I opted to remain on anticoagulant s. It's not worth the risk. Later this year I will be 65 anyway. Hope this helps x

Yes! I've had three Ablations and still on Apixaban....it's an anticoagulant to help prevent a stroke.

As you probably know when in AF blood can pool in the ventricles where a clot could form.......

I had to remain on Eliquis for six months after the ablation. As I have had no further episodes of AF, I have stopped.

It seems to me that the majority of us chose or are advised to remain on AC's. I'm 3 years post ablation - and it was the best decision I made to have one - but despite a CHADSVASC of 1 I stayed with rivaroxaban. No side effects at all. I would say that the jury is out regarding whether to keep taking them or not and in the end it's down to individual EP practise and personal choice. But if you're offered an ablation I would go for it. AF tends not to go away and often becomes worse with time and this makes ablation less likely to be successful. Good

Thanks for all the replies to my post . I have decided that I will continue as I have as the Coreg seems to keep my heart rate ok and haven't had any side effects from the Pradaxa that I can tell. When and if my AF gets worse I will consider ablation again. Also my EP says that he burns all the nerve endings in the heart and not just the one misfiring and that concerns me also. Guess he does that to make sure he gets the right one. He is the only EP in my area so I may have to consider going to another town. Also if any of you are on Pradaxa do you get tested regularly to see if there are any bleeding issues? I asked my cardiologist and he said I didn't need any tests and that doesn't seem right .

During a recent chat with an EP he told me that he carries out ablations without the patient coming...

I have noted from several posts that one must take Anticoagulation medication post Ablation for...

I’m just wondering if after a successful ablation, were you taken off of anticoagulants? From what...

take an anticoagulant 4 weeks prior to ablation and 3 months post procedure. The 2nd EP told me that

up from my previous posts. As you know I had an ablation for AF last Monday and was prescribed...