I’m just wondering if after a successful ablation, were you taken off of anticoagulants? From what my EP said, he sometimes keeps people on them and sometimes not. It seems to have to do with how the patient feels about it according to our discussion. I imagine that it also has to do with other factors.

It seems a little risky since we can never know if we might go back into a-fib after awhile, though I’d love to be off anticoagulants. 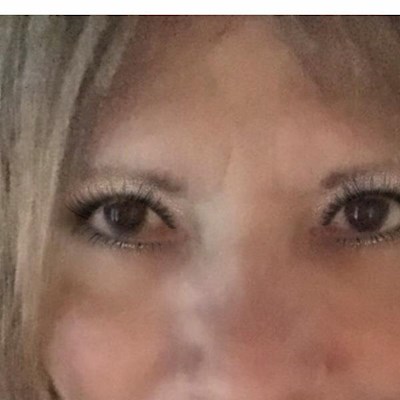 Alfieros
To view profiles and participate in discussions please or .
Read more about...
22 Replies
•

There is little evidence to suggest that successful ablation removes stroke risk which is why many of us prefer to stay anticoagulated for life if we had a suitable risk score. There is an argument that if your CHADSVASC was zero and you only went on the drugs for the period of preparing for and recovering from the ablation then it may not be needed. I like my warfarin and it is such a non event for me I would be foolish to stop for the very reasons you gave.

Alfieros in reply to BobD

I agree with you. My late husband was on Coumadin and he used to be hospitalized often for bleeds in his stomach. What a fiasco 😩. I have a bit of an aversion about anticoagulants because of that. I, myself, have never had a bleeding problem so I will probably want to stay on it just for safety purposes

7 weeks post ablation, saw EP yesterday and his recommendation was to stay anticoagulated for life as AF may reoccur. I am considering changing from Warfarin to Apixiban because I have struggled to maintain a regular INR.

Alfieros in reply to GordonS

Sounds great. I am on xeralto myself and don’t mind staying on it. I remember when my husband was on that and how it was a struggle to keep the correct INR and the weekly blood tests was so annoying.

grandmadogs in reply to GordonS

I am on apixaban and although I had a successful (hopefully) ablation a couple of months ago my understanding is that my EP will keep me on it for life.

I had a discussion with my EP about anticoagulants and he recommended that I stay on them even though I’m only 54. With doctors finding a clot in my heart 3 months ago when they were about to do an ablation, I feel safer on them, especially as strokes & TIAs are prevalent in our family history.

Alfieros in reply to Kaz747

Yes I agree with you there.

Totally off of all blood thinners 4 months after ablation and pulmonary embolism a week later. PE was caused by ablation. IF I ever have to deal with any kind of blood clot again Dr. warned I would be on thinners forever. So far so good. Don't take any more meds than I absolutely have to.

MarkS in reply to RiderontheStorm

I'm very surprised you aren't on anticoagulants. A PE counts the same as a TIA or stroke on CHADS2VASC - i.e. 2 points. To blame your PE on the ablation 4 months afterwards seems unlikely. Have you had a second opinion on this?

RiderontheStorm in reply to MarkS

The PE was only a few days after the ablation and yes all the doctors agreed that is what caused it - ended up in Emergency room with little time to spare. Luckily.

I'm 36, I'm a bloke, and apart from a touch of osteoarthritis from a sports injury on the right knee developing (and my AF) I don't have any other medical issues.

My CHADSVASC score is 0. It has always been 0. My EP has said a few times it's as low as it could possibly be.

Attitudes & regimes seem to have changed. In 2014 I was listed for PVI ablation in the January and Warfarinised almost immediately. I stayed on this all year, until my ablation in July and then my 2nd PVI ablation needed in the December. I also stayed on it for a period afterwards (how long I can't remember) into 2015, possibly 6-8 weeks might have been a few months.

When my atrial flutter was diagnosed in 2017 I was started on Apixaban and remained on that through my flutter ablations in September and December stopping it 6 weeks post-op and only restarting it when it was clear the 1st flutter ablation had failed.

I've been waiting for a 5th ablation, this time PVI ablation again, since late August. At clinic in July when we were awaiting results, my knee pain was particularly bad (I was limping and I'd also torn my meniscus) and my EP said I could stay off apixaban until 3 weeks before my ablation, then he'd want me on it for a time around the procedure. Before/after that time I was free to take anti-inflammatory meds for my knee. Which I have.

I've had a few episodes of fast AF whilst not on any form of anticoagulant and as a result they've always been keen to cardiovert me sooner rather than later, the most recent one being middle of August. Nothing since then though touchwood!

Hi Jedi. You’ve been through a lot of a-fib stuff for your age. I pray this next ablation will be your best and last.

I have a bad left knee from an awkward fall I took about 25 years ago so I feel your pain there. All the best to you!!

Btw, my CHADSVASc score is 1 for being a female but about to turn to 2 in December when I turn 65 😩

My feeling is to stay on them!

I know 2 people who died because of unstoppable bleeds on the brain. Both were long term warfarin users.

I stopped taking it as soon as I could after my ablation.

That said, my Chadvasc score is zero and my heart remains in normal rhythm.

That’s so sad Clive. I’m sorry to hear about those 2 people 😞

LIkewise, i've heard stories about bleeds on the brain. Hence why i was keen to get off anticoagulants once my heart was back in rhythm post ablation

doodle68 in reply to jondeanp

I am the opposite, I think of that blood swishing about in my left atrium when I am in P-AF and I am relieved I am taking Apixaban and wouldn't want to stop taking it.

I am not having an ablation, it will be a last resort for me as it is not a cure or guarantee AF will not return, it is only to try to improve quality of life and mine is fine most of the time when I am not in P-AF .

jondeanp in reply to doodle68

If i hadn't had the successful ablation, then i would have been happy to stay on the anticoagulants.

I was extremely reluctant to go with the ablation . My AF (which turned into flutter) was always persistent, but my quality of life wasn't dramatically affected. It only prevented me from doing certain types of aerobic exercise.

However i understand that my ablation outcome might have been different. I still keep my fingers crossed that my arrhythmia is kept at bay

I had been on rivaroxaban for a year before my ablation (long waiting time) and was informed that I will be on them for life, I'm 65 so I'm quite happy to continue as side effects seem minimal if non existent.

Yes I am off A/C. I am 58 chads2vasc score of zero. I believe my consultant followed the NICE guidelines/procedure. Risk of stroke versus risk of bleeding owing to A/C use.

I had something that is called an LAA isolation - if this ends up being successful, I can stop taking anti-coagulants. Clots form in the Left Atrial Appendage - this is blocked by ablating the entrance hole to the main chambers.

There is a procedure where the LAA is removed totally - the Wolf Maze Procedure - but Dr. Andrea Natale told me that the LAA has function and he does not remove it surgically. He has had patients come to him after a Maze procedure, and they have areas in the stump that still cause afib.

I am taking Coumadin currently - could not tolerate the newer anti-coagulant drugs. I have been within range on my Coumadin for over 8 months. It is not difficult. Dr. Natale's group prefers patients take a low dose vitamin K supplement, to ensure uniform K in the blood and avoid high K containing foods. This has worked superbly.

Mine put me on Anti -Coagulants after ablation, Rivaroxaban, with flecaneide as a PIP. So far so good, it’s been 9 weeks now.

must take Anticoagulation medication post Ablation for several months. However, can one come off...

he told me that he carries out ablations without the patient coming off warfarin. I was surprised...

different EP that got off all medication after their ablation. I have paramoxsnal A Fib and only...

i would be required to take an anticoagulant 4 weeks prior to ablation and 3 months post procedure....

up from my previous posts. As you know I had an ablation for AF last Monday and was prescribed...