Ablation on anticoagulants: During a recent... - AF Association

During a recent chat with an EP he told me that he carries out ablations without the patient coming off warfarin. I was surprised as I had assumed that anticoagulation would have to be stopped in the lead up to the procedure. Is this standard or are there variations? 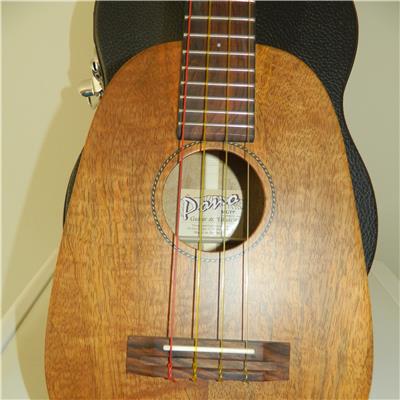 RobertELee
To view profiles and participate in discussions please or .
Read more about...
33 Replies
•

I saw my E.P. yesterday. He says he does the procedure while patient is on full anticoagulation,so needs me to stay on warfarin and he also injects heparin at some point. This is to prevent clots forming. He said it as though that was his preference so maybe there will be lots of answers to this question.x

I was told that warfarin is preferred and for my EP (in Blackpool) one has to have an INR over 2 for four consecutive weeks beforehand. This was a problem for me and my ablation was postponed twice as INR had dropped out of range. On the day it was 3.5, so again out of therapeutic range, but not a problem apparently. Yes, I was given heparin during the procedure.

My EP increased my Warfarin dose/INR in readiness for my last ablation. He gave me a target of 3-4 instead of the more usual 2-3. I didn't get there as it happens, got to 2.7 I think, but he went ahead anyhow. I'm 64 if that's relevant.

PS. (edited) this last ablation was a year ago.

Things change rapidly in this game. I had to stop five days before and self inject clexane (heparin) but as they made the point on QI last night facts have a finite life span and that was six years ago so probably no longer current.

EPs all have their preferences anyway.

I am on rivaroxaban, NO worries for INR, which makes the ablation a go! EP takes me off of it for the day of the ablation.

RobertELee in reply to iris1205

You'll know Iris that Rivaroxaban has a short life so if you come off it on the day you are effectively not anticoagulated because yesterday's dose will have worn off. That's interesting in the light of all the other responses.

iris1205 in reply to RobertELee

Yes, thanks leelec, I am aware of such! Not all the EPs work in the same fashion concerning anti-coagulants from what I've read in the EP journals. Thanks for the post though!

RobertELee in reply to iris1205

Your exclamation mark tells me I was teaching you to suck eggs Iris. Sorry but not everyone is so well informed.

iris1205 in reply to RobertELee

My goodness, no - I am very appreciative of all information - that is how I've made some of my major decisions. All our situations are so unique that it is invaluable to have all manners and methods posted. I am always eager to learn more. Sorry!

I am awaiting an ablation and as yet do not know about my anticoagulation. However when I had an angiogram a few months ago while an in patient I was taken off Rivaoxaban 36 hours before the procedure. Someone informed the team I had only been off it for 24 hours and they said in that case they would not do it until I corrected them that it was 36 hours.

I know it has a short life in the system but they certainly were not risking it. Not sure if that helps other than to say each cardiac consultant and EP seem to have their own preferences.

Thanks for all the responses. In this small sample there is an interesting division between those on warfarin and those on the newer alternatives.

I asked my EP if I could go onto one of the new anti-coags and he said no, to stay on Warfarin because I may be due for another procedure. Koll

As a matter of fact, i was worried about going on something that isn't "reversible" until I read more here and in the research. I am a firm believer in following ones instincts, I had a hard time getting back to my instincts after having been bounced around so much by doctors. Once I found one I trusted- things improved, but until then- I did nothing but research - as are you. Grist for the mill.

For my first ablation in 2009 I had to stop warfarin and self inject heparin for fee days. For my second and third in2011 and. 2013 I stayed on warfarin. All done by same EP so maybe this is the latest thinking. Sandra

for my ablations in Blackpool i had to have an INR of 2-3 for each of the 4 weeks previous and on the day of procedure. Major surgery ensued and i was taken off warfarin till after surgery. I am hopefully starting one of the hewer anticoagulants next week will see how that goes its my choice i hasten to add .

There is a much greater chance of a stroke or a TIA during ablations. It is vital that anticoagulation is continued during an ablation. See this latest trial:

Basically it found that patients who stopped warfarin and used heparin to bridge during an ablation had more than 10 times the number of stroked and TIAs during the 48 hours after ablation compared with those who remained on warfarin. Those who stoped warfarin had a 4.9% chance of stroke or TIA, those who continued on warfarin had a 0.25% chance. Remarkably there was a lot more major and minor bleeding in those stopping warfarin than those continuing.

Dr Natale, who led the study (he is arguably the world's top EP), said that the results would not necessarily apply to the new anti-coagulants and that they need a lot more testing before they can be considered safe for patients during ablation. However I have seen other studies showing that there is an increased risk of complications with patients on dabigatran compared with warfarin during an ablation, see:

So the lowest risk strategy would be to have continuous warfarin during an ablation. If necessary test your INR daily, which is what I did on the lead up to my ablation.

Rellim296 in reply to MarkS

I'd be very interested in a spell of daily testing. I had weekly INR tests for a couple of months before my ablation. I was super careful about what I ate in order to achieve stability - which, as I said above, was elusive. I was shocked to have an INR of 3.5 four days after being at 2.7.

MarkS in reply to Rellim296

That's quite a jump! Did you stop greens during the lead up? I carried on with a daily Vit K2 tablet which stabilises my INR remarkably well despite quite a variation in diet. However before the ablation I did restrict myself to 3 broccoli florets and 3 lettuce leaves (as well as food with less Vit K) to be on the safe side.

Rellim296 in reply to MarkS

Yes, I was surprised INR could leap like that. I did stop eating greens - at the time my husband was on a low fibre diet and his veggies were severely restricted and everything had to be peeled. We stuck to his diet, although I had onions and sweet corn as well, which he was not allowed. I was really careful about eating for about 8 weeks - and found out that exercise seems to affect INR. Walk a lot and your INR goes down, sit all day and it goes up - significantly it would seem.

CDreamer in reply to MarkS

Hi Mark thanks for the link, interesting. I would just point out, having read the study, that the risks seemed to be higher in the age range 75+ and it was stated that there needs to be more study on Dabigatron patients.

MarkS in reply to CDreamer

Yes that's true, CDreamer. There needs to be more research with the NOACs and it doesn't seem to be entirely clear whether warfarin is better than the NOACs in younger patients and those with paroxysmal AF.

I am on Dabigatran but have been told I have to come off that and go back to Warfarin for the ablation, as the success rates are higher than with the new drugs.

CDreamer in reply to Barb1

Can't see how the success are effected by which anticoagulant you take? Did they say how?

I can see that the risks of complications may differ, see above post.

Great series of posts. I am curious if anyone is on rivaroxaban and what were your EP's approach towards the ablation - with or without? Thanks.

That's my log in! You can get to the article by going to the medscape page:

then going to Arrhythmia & EP then clicking on the news story "Retain warfarin during AF ablation for fewer strokes" on the right hand side.of the list of news stories.

If you have problems getting it - email me using that login and I'll email you the article!

That is what I thought, just wanted to warn you! Thank you for all the offers of help!

Thanks, looking into anything I can find on Xarelto/rivaroxaban and the procedure!

2014 AF Treatment Guidelines: 10 Things to Like and Only One to Dislike

CDreamer - no, he didn't but my EP Is pretty clued up and I trust him - must do as this will be the 4th!

CDreamer in reply to Barb1

Best wishes for a successful outcome.

Ablation March 2014 - they monitored my INR 4weeks previously but anything between 2.0- 3.5 would be fine. Was anxious on day of ablation INR would be in range but thankfully was fine (mine jumps around a bit - no rhyme or) reason - had been 1.7 3 weeks prior but as long as was ok on the day it would be full steam ahead. Good luck!!

I had to have an INR of between 2 and 3 for four weeks before ablation. I had 5 which were 2.7, 2.7, 2.9, 2.8 and 2.6. The last was two days before the ablation. Then, on the morning of the procedure it had dropped to 2!!! They went ahead anyway and upped my warfarin post ablation. I was not asked to come off it at all. I don't know if I had a heparin injection, but I don't think I did.

I think it depends on the parts of the heart to be burned.

I had my first two ablations with warfarin, EP told me that he couldn't burn the source of the PVCs in my second ablation since I was on warfarine and the PVCs where coming from the bottom of my heart so it was very risky, that is why I had a third ablation after stopping the warfarin but unfortunately it was not successful since few PVCs showed during the procedure so he treat only the PAC

follow up from my previous posts. As you know I had an ablation for AF last Monday and was...

one come off them permanently if the ablation is deemed to be a success and all arrhythmia have...

wondering if after a successful ablation, were you taken off of anticoagulants? From what my EP...

that has had an ablation still have to take anticoagulants. My EP told me that I would but I have...