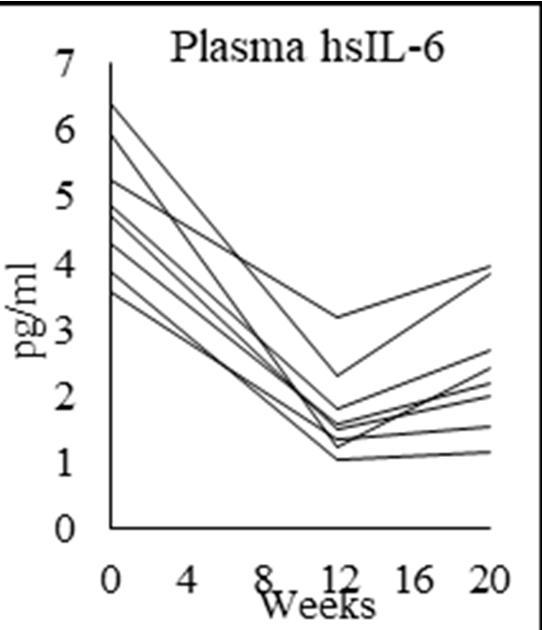 In a recent thread, the dangers of antioxidant supplementation were illuminated. Excess levels of antioxidants interfere with normal homeostasis and the body´s own mechanisms of fighting cancer. By depleting ROS, one´s ability to destroy cancer cells declines. Particular mention was made of glutathione, the most common antioxidant in the body and present in most cells. Links posted by smurtaw Antioxidants Accelerate the Growth and Invasiveness of Tumors in Mice – NCI cancer.gov/news-events/canc...

Role of Glutathione in Cancer Progression and Chemoresistance - PMC ncbi.nlm.nih.gov/pmc/articl...

That said, in two small clinical trials by the same researchers, supplementation of glutathione precursors have yielded apparently astounding improvements in critical health markers in people who often have glutathione deficiency: older adults and HIV patients respectively (HIV being a model of accelerated aging). Presumably some protection against cancer may occur if those health markers are improved, if excess levels of glutathione are avoided.

There were only eight persons in each trial, but all diagrams were similar. Like this one showing fasted plasma insulin concentrations first during 12 weeks of supplementation than 8 weeks without supplementation for the eight individuals.

Purple-Bike
To view profiles and participate in discussions please or .
Read more about...
9 Replies
•

Oops, another diagram was sent, showing interleukin 6, a proinflammatory marker.

All the diagrams look the same, pages 8-12 of the HIV study.

Could you post the links? They appear to be truncated text.

Sorry, here they are

interesting find, is there a blood test to track glutathione?

This test measures levels of Glutathione, also known and GSH, in the blood.

Their measurement techniques are in:

each 160 mg of L-cysteine delivers 1 mmol of hydrochloride. If you take in too much cysteine you can develop some serious complications.

Are you suggesting GlyNAC may have some unintended consequences?

I wonder/worry about all the things we take, whether SOC or alternative. What are the unintended consequences, Long Term and ST

I share your concerns. Maybe something shows a short-term benefit on selected parameters but are there consequences for long term use?

The benefit of most SOC drugs is that we have huge databases to go through and the studies are on humans and are usually placebo controlled. And many of the trials take place over years.

Note: The government caved to pharmaceutical lobbying, so they are streamlining things. I think that might be a big mistake. Time will tell and I hope that my fears are unfounded.

Acting on your valid concerns, I have reread on NAC and glycine individually. There are pros and, indeed, cons, on each. I share your concerns over long-term use and I wouldn´t take the high 7g/9g dose much longer than the duration of the trials. It´s impossible to be certain, but I judge 2g/2g long-term as safe as long as glutathione level does not rise above the reference range. Oral intake of glutathione from food is IIRC an average of 2 g a day.

Dosage in the trials came to 7 g of glycine and 9 g of NAC per day for a 70 kilo person. That was what I started out with, now reduced to 2 g of each, before aiming to test GSH again. An anti-aging guru goes for 3 g of each long-term.

I happened to start the 7/9 g dosage right after bone-ALP and LDH shot up 30 % and 15 % respectively to just north of the reference range. After one month of Glynac the two dropped back to the old level. Glynac is not touted for anti-cancer and it´s probably a coincidence. But since they are two prime markers for PCa and both have been hovering in a narrow range since June 2021 except for that one test, I can´t help speculating if there could be some connection. PSA below 0.1 all the time but I´m low PSA, 1.7 at dx.

A bio, as requested by j-o-h-n

elsewhere in my bones. My oncologist (breast cancer and prostate cancer) is Stuart Bloom of...

The term 'Castration' resistant/sensitive is offensive

Is it useful to get a PSMA-PET scan with low volume cancer, ...

once again, someone is trying to inflame and hurt our commun...