Hi My husband has prostate cancer. I think we are in a good, wait and see place, but wanted to get your opinions. My husband had a RP in November of 2018. He never went to undetectable. So in the spring of 2019 he had ADT and salvage radiation treatment. For the last almost two years he was undetectable. However, this last PSA check the doc said he now has a .01 PSA. Obviously really low and doc said that his radiation failed but does not seem concerned. But we are bummed that the salvage radiation did not provide a cure.

We recently moved where the previous doc was having him test every 4 months. Now that he actually has PSA, although minimal, his new doc is suggesting he come back in 6 months. Does that seem correct?

He's had the Decipher test which said his risk was 61% after RP. His cancer would not be responsive to Docetoxel, but to Dosatinb (not even sure what these are).

Any insight would be welcome. And I'm sorry if this seems so petty considering the extreme measures and difficulties that many of you are facing and enduring. 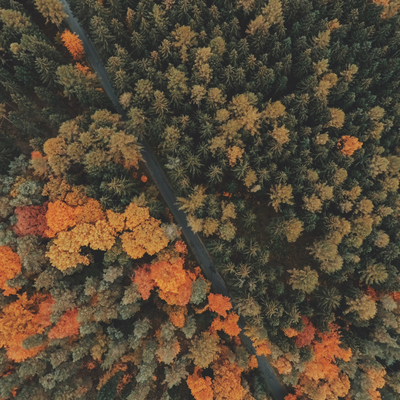 Wifeof
To view profiles and participate in discussions please or .
Read more about...
10 Replies
•

0.01 is the lower limit of the test, and as you say, is minimal. At this point, he should not even be having an ultrasensitive PSA test. He would not do anything unless his PSA rises above 1.0, and possibly not even then, so why subject yourself to such anxiety?

Wonderful. That's where we are leaning, but wanted another opinion.

spinosa in reply to Wifeof

Tall-Allen - as usual is correct. My RO has me do a PSA every six months, but the assay only measures PSA that surpasses 0.09, which will indicate failure. I'm at 3 1/2 years post-radiation. The 0.01 seems pretty darned low, as Tall_Allen notes.

The docs are really good at eradicating it up front with enough notice, and there is a ton of research when things get pretty far down the road....but this biochemical recurrence grey area in the middle can drive you crazy. Since he had an RP, technically he has not reoccured until he reaches 0.20. After that the doubling time matters. There are newer PSMA Pet scans that can potentially pick up the source of the PSA if he is at least 0.30, but alot of docs seem to want to wait until its at least 0.80. I personally would stick with the upsa test and if it continues to go up you can use the time to start looking for a good medical oncologist that specializes in PCa. Don't expect alot of action though until either 1) they locate the source of the PSA or 2) your husband rises to a certain level and your doubling time is short.

An isolated PSA value has a miniscule information content. If you want to prognostisize on things to come, you should wait until it breaches 0.06, where the rounding error comes into par with the test's accuracy. It is true that nothing will be prescribed even at that level, but by calculating a PSA doubling time you will get a glimpse of its aggressiveness.

My oncologist checks me monthly , he has the test that goes to <o.x , he calls my monthly <0.1 as undetectable.

Justfor_ in reply to Kaliber

High school maths suffice for translating this to less than or equal to 0.04. 0.05 or more rounds up to 0.1 (without the less symbol).

Kaliber in reply to Justfor_

Yea roger that …. And it’s especially handy for those pesky Lupron fog issues that seem to get in the way of …….ah ……… er ….. … you know that thing what we were talking about.

The PSA is still very low . The new PSMA PET/CTs have a detection rates of about 50% when the PSA is around 0.2.

If his PSA continues to increase, IMHO , get a PSMA PET/CT when the PSA is around 0.5 and see if the test detects any lesion. Many treatments are possible to control the cancer if there were mets .

The interval to measure the PSA is related to the PSADT. My PSADT is around 3 months and I have monthly PSA determinations.

years of undetectable PSA after starting ADT and everything else my ultrasensitive PSA test came...

Options after Detectable PSA one year after Salvage Radiation?

PSA results during and after Salvage Radiation?

called with the results today) said that he would recommend another PSA draw in 3 months, so I may...