Yesterday,my father had new Blood tests results.He was indetectable with PSA 0,04 And now he had PSA 0,06 at the same laboratory.

I am aware you didn't become hormone resistant till PSA reaches 1 or there is clinical progression and PSA from 0,04 to 0,06 is so low increase but why did he have this increase? He is having the same medication (Lupron+Zytiga+Predisone) since months.

Thank you very much! 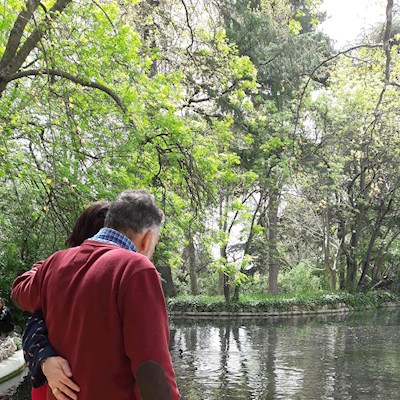 Noel91
To view profiles and participate in discussions please or .
Read more about...
11 Replies
•

The lab of my URO sometimes reports wrong values differing by 1.7 ng/ml from the lab of my GP. Since I have a constant doubling time I can spot these errors. However, I am about to refuse further tests at his lab.

So the difference that causes your concern can be caused by the lab doing the test.

Thank you! May be I make things worse,I just desired yo understand What was going on

A single reading at such low levels is usually not a cause for alarm. I know many men, including me, that would celebrate such a reading.

As GP24 points out, it is the trend rather than any one reading that matters. One of the reasons they define castration resistance as levels above 1 is to avoid drastic measures and possible overtreatment based on fluctuations of very low levels. Even at 0.06 the levels would need to increase by a factor of 17 before most doctors would act. There's plenty of time to observe that large a change.

It's easier said than done, but try not to worry about single values, especially when they are so low. As one of my doctors told me, "It's just a number!" No competent doctor would ever base a major decision on a single reading.

Noel91 in reply to FCoffey

Thank you! This is the first time this happens so I Will try yo be worry less

I do not know where you got the definition of castration-resistance from. However, the European guidelines state:

So the PSA value has to be above 2 ng/mL and continue to rise to indicate castration-resistance.

The only problem I can see is that you are using an ultrasensitive PSA where you should be using a conventional PSA test. This only creates anxiety - which you are obviously experiencing.

I am. This is the first time PSA increase since dx a year ago so I didn't know if It was the beggining if becoming hormone resistant

The medication he is on does not offer a cure, it just extends his life. Sooner or later it will fail and his PSA will begin its upward march. There are many more drugs and treatments available to take over when he eventually becomes hormone refractory..As everyone has said, the tiny rise in the PSA reading is meaningless..Don't worry about it.

Noel91 in reply to Fairwind

I am ware... He Will probably have SBRT to mets to try to pospone hormone resistance.Thank you!

You can detect mets with a PSMA PET/CT, the best imaging currently available, at a PSA value of 0.5 ng/ml or higher. So let's hope you have to wait for a long time to get this PSA value.

If you respond to Zytiga/ Enzalutamide are you still considered hormone sensitive? I assumed my...

lymph nodes and PSA of 5.8. ADT initiated. PSA nadir 0.1 and then gradually increased. Bone and CT...

retest his psa. We get the answers tomorrow. Four months ago, we didn't even know he had cancer. I...