Hi All - I am curious as to what everyone's opinion is on this: how much responsibility do you expect of your children when it comes to taking their medication?

My stepson is 11 and he has just started taking a stimulant two weeks for his ADHD. It's very new to him and he's super forgetful in general because well, he's distracted. It's pretty textbook and makes sense. I am of the opinion that we as adults need to be the ones to give him his medication and make it part of our routine as a household. We got him a pill box with the days of the week and put his stimulant and vitamins in the box. We put it in front of his breakfast and each morning he takes it when he's eating. This way it's part of the morning and it's just something you do. We put it on the table, not him. We also make his breakfast each morning while he gets ready (makes his bed, gets dressed, feeds the cat- he's busy too.)

While I am 100% all about teaching kids to be responsible and helps them grow into great adults, I can't seem to get behind the second method for a few reasons. First off, I don't think any kid needs to be that dependent on their device to take a medication (whole other issue.) Second off - I won't go into that because no one needs me on a soapbox on this platform.

I would love to hear everyone else's thoughts. I am trying to get behind both sides of this to be more open minded, but he has missed way too many doses or taken it too late in the day and not been able to sleep over at mom's.

What works best in your house and what are you values around this? 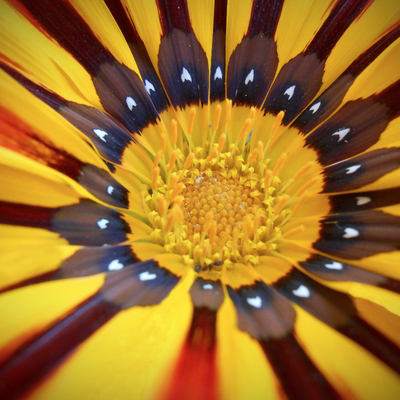 N_37
To view profiles and participate in discussions please or .
Read more about...
11 Replies
•

Hello there! Two households who operate differently can definitely present a challenge!

Poor executive function is a hallmark of adhd. Forgetfulness, organization, etc. I modeled the behavior I wanted for my child. Same routine every day. His meds were placed by a glass of water that he took before leaving for school. The rest of the meds were always locked in a medication safe. He would never have remembered had I not been involved.

When he left for college we got him a medication safe and could only hope he would remember to take them. Well, he didn’t and didn’t do very well that first semester. However, it helped him see the value in taking them - so second semester he became more responsible. Now in his second year of college he is much more consistent in remembering to take them. He values them so much now that he structures his class schedule around when his meds are most optimized in his system. I never thought I’d see the day.

When your stepson is at his mom’s house, I recommend having an alarm preset on his iPad so he remembers to take it. In the event that he forgets, I would see if the school was willing to keep some on hand with the school nurse so if he forgets to take it before school, he can visit the nurses office to take it. Maybe rewarding him for remembering to take his meds before school could motivate him to remember. No consequences for when he forgets though. Just rewards for when he remembers.

Unfortunately it sounds as if his mother just isn’t going to be helpful. Who knows, maybe she’ll eventually come around but don’t wait for that to happen. Your focus is on your stepson.

In order to have the extra medication, see if he can get his prescription mail ordered (which will get him a 3 month supply). Many insurance companies offer this service. It is also generally less expensive than picking it up from the pharmacy every 30 days. This will give you enough medication to store in different places. This was the advice of our psychiatrist and it was spot on.

A solution will fall into place. You sound like a very aware and helpful stepmom. He is lucky to have you in his corner!

Thank you for this! I appreciate the feedback and perspective ! The advice on this platform is very positive and makes me feel like we’re all in the together doing the best we can!

Oh and I’ll have dad reach out to the nurse to store some meds with her ! Cool call!

My 16 year old grandson does his own although I fill his med container at the beginning of the week. His 15 year old brother - forget it. He has always been more stubborn and imm

ature and has to be reminded or the meds put in front of him.

N_37 in reply to anirush

Sounds like it’s all about maturity and what level each child is at - and you’re talking about teenagers - I’m confident that our 11 year old is not ready to remember on his own. We’ve done a full week of putting his med container in front of him at breakfast and only one day did I have to remind him that the container was there (he didn’t even see it and its rainbow colored) but overall I’m not sure he’d recall whatsoever with out that ritual.

My 12 yr old has been on medication for three years and I still remind him every day to take it. Sometimes I just take it up to him while he’s still in bed 😂 they need reminding, they are so easily distracted! We have a similar situation with two households and I used to get pretty worked up when my son didn’t get his meds given to him as his dads but I’ve calmed down a bit. It’s tough, I understand. I just try and focus on what I can do at home to help him. Sounds like you are doing the same! Good luck

N_37 in reply to Momtrying

Really appreciate your perspective! Yeah - I feel like it's going to be ongoing work in progress. I can't really say anything for mom's side - can't control what's literally out of your control. But in our household at least it's not a fight and it's done at breakfast at the same time each day more or less - at least we can give him that consistency the majority of the time. He's with us 3 weeks out of the 4 in a month, so I'm confident we can build some healthy habits as a family around this new medication journey.

Momtrying in reply to N_37

Does he have any siblings that go to his moms with him? I usually try to get my older son to help remind his brother

N_37 in reply to Momtrying

Unfortunately not / only child !

Wow. Yes to everything!

Our son started when we was in 3rd grade (8?) and until he was in middle school, I would bring him his pill when I woke him up in the morning. He took it immediately, then could go back to sleep for 30 min, then he had to get up. He got way too distracted in the morning, so he needed it in his system or he would lose an hour trying to find socks.

In middle school, he had to get up an hour earlier. Which I felt was unreasonable for me to get up that early, so we switched to leaving his bottle of pills on his bedside table, along with an alarm clock (OK, alarm clocks and their placements are a whole different topic). Most of the time he remembered to take it (he had three years of training already), but he still forgot on occasion. The problem was trying to figure out if he took it or not. We changed systems so that every Tuesday I would refill his bottle with 7 pills. Then he if was unsure, he would need to count how many pills were left to figure out if he still needed to take one. That continued until a few months ago (12th grade), when we realized college was coming and he needed to start implementing his own way that would work for him at college. That is still a work in progress...

School days are OK. There is a routine to follow. Weekends are/were PAINFUL, because more often than not he wouldn't take it in the morning. I've probably said this phrase 100 times "Buddy, just take the pill as soon as you get out of bed. Period. No bathroom, breakfast or anything else until you take that pill..." I am 100% convinced this is going to be a huge issue for him at college, but it will be out of our hands by that point.

We are a blended family so I completely understand the challenges when two households disagree. In my personal opinion, stimulant medications are controlled substances therefore they need to be “controlled” by the parent until the child is 18 or definitely show enough maturity to handle it themselves. I can barely keep track of my own medication how can I expect my 8 year old and 16 year old to keep track of theirs.

I don’t know how well you guys get along with mom but is it possible for dad and mom (without stepmom ((I’m a stepmom so I realize there are boundaries to what I can control)) can come to a mutual agreement on how to manage the medication since it is a control substance? Possible ask doctor to mention in next visit the importance of parent monitoring medication administration. I know my children’s psychiatrist would definitely be on board with this because he is big into children’s safety.

Maybe in the morning set a timer for 15 minutes before everyone leaves for school and that reminds son and parents it’s med time. Son can be in charge of grabbing the weekly pill container (a must in my opinion to assure a daily dose was taken) but mom, dad or stepmom/stepdad have to watch him take the pill.

This really isn’t about your 11 year older learning responsibility it is about treating his condition. He has plenty of lessons in life where he is able to learn about responsibility but medication management might not be the best starting point. Treating his adhd and giving his the tools available to manage his current work load.

Does anyone have any tips on how to get more calories into a super picky eater on stimulant?My...

had a DNA medicine test done because every adhd medication either made him break out in hives or...

Does anyone else give your child a break from taking medication during the summer or school breaks?...

struggle every morning to get our 5 year old son to take his medicine. We crush it up and put it in...

noticed that his sister who is 3 has less accidents and does not need reminders. He started crying...