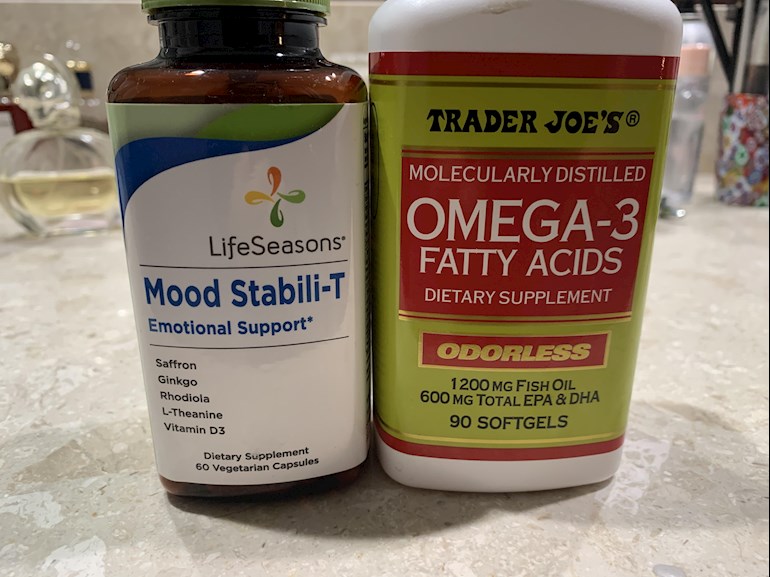 Hi All, I just wanted to relate our situation in hopes it helps someone else. Our daughter was diagnosed with ADHD in 2nd grade through our public school system. At the same time, she was diagnosed with testing anxiety. Her school did times math tests daily. Medications were a true nightmare. Every one of them changed her personality for the worse. She was combative at home and with friends and cried easily. Making friends was almost impossible. Off meds she was a vibrant and cheerful kid, excited about life. We tried some alternative meds and nothing specifically worked. I took her to neurofeedback for nearly a year. It did help, but not with focus. Her therapist said her brain didn’t respond to a typical ADHD protocol and suggested she didn’t really have ADHD, but maybe it was more anxiety. My daughter refuses to take ADHD meds now due to side effects. Neurofeedback is really too $$ and it’s a 2 hour trip. Searching for other solutions I found this supplement combo at Whole Foods—picture attached. For the last 2 months we’ve given her this in the evening along with Omega-3. She’s now doing incredibly well—better than ever before. For what it’s worth. I think she was misdiagnosed somewhat. I don’t think she has ADHD, or if she does it’s very mild. I think it’s mainly anxiety. Evidently this type of misdiagnosis is not uncommon. 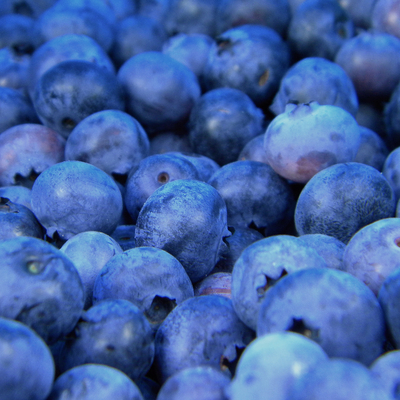 MrsCeliaC
To view profiles and participate in discussions please or .
Read more about...
12 Replies
•

That is wonderful! We also did neurofeedback and it did help a lot too. My son will be 12 next month. He’s not on meds either. We use magnesium & omega 3. He has also been going to cranio sacral therapy & that has worked wonders! He’s in middle school now & doing great this year! We are so proud of him & how far he has come

Thank you for your recommendation and experience. I'm going to look for the Mood Sabili-t. We have been on the Nemechek Protocol since last summer which includes fish oil. Our son takes Nordic Naturals every day. It's helped tremendously with more eye contact and more conversation (more that 2 or one word responses. He's been able to articulate more and more each week.) Unfortunately it hadn't yet helped him with anxiety which had been off the charts when in school. We already had our son on an adult dose of zoloft and it still didn't seem to make a dent in his anxiety. So last year (November) I was desperate and tried cbd. It worked amazingly well, like he was a changed kid,sweet, kind, thoughtful, all around wonderful . No issues at school, no issues at home. He was happy and thriving. And also at home, on break traveling and staying at grandparents , listening, following instructions etc.

But now we are back from break now though and his teachers decided to implement a new reward /punishment system where they give them school bucks $ for good behavior, but then take that $ away if they misbehave (talk in the hallways, speak out before raising their hand etc). My son says that they are constantly using it to threaten the kids ie. If you don't look forward and quiet in line I'm going to take $5 from you. So now he's feeling like he's under constant stress and worries about them taking his $. He had his first $5 taken from him last week and it's not been good since.

Additionally a teacher (the kids consider the mean one) came over to him during lunch and threatened to call his parents if he didn't stop making noises in the cafeteria (there was no, please stop making noises, no warning, straight to threat) (and the cafeteria happens to be super loud so it's surprising she even heard), after she walked away he said under his breath "I'm going to kill her". She didn't hear but a kid near him did and told on him.

The following day his ela teacher scolded him for putting marker on himself and then when he needed a computer to look up a word he didn't understand in a book he was reading with his partner, she refused to let them use one and when she kept ignoring him he threw a pencil. So now he has in school suspension Tuesday. I'm going to increase his cbd and pray that works. But I'll also look up the mood Stabili-t and try that too. Thanks.

Omg what a horrible school. Ask a psychologist to weight in on this, but I think that’s a very damaging system they’ve started. You should report them to the superintendent if it’s a public school. Good luck!

Mack2424 in reply to ADHDmetoo

Hi. I am looking to start my son on Cbd. What brand do use, where do you get it from and how much do you give him. I just started research and the first place I found was young living. They also do essential oils. Thanks for the info

ADHDmetoo in reply to Mack2424

I've not heard of that one, but thank you for mentioning, I'll check it out. I use Lazarus naturals rso. But honestly, I don't know if that's the ideal product. Our son is stressed again so I'm trying to figure out dosing currently. Most websites say that every person is different so you just have to start with a low dose and slowly increase until you find the results you want.

Mack2424 in reply to ADHDmetoo

Thanks so much and good luck

Thanks for your sharing this! I'm going to give it a try : )

Hmm, thank you for this information! I'm glad to hear that it is helping.

Thank you Thank you for thinking of others and sharing! I am in need of this, and I'm going to Whole Foods ASAP. Thank you!!

is this ok to use along with low dose of Dyanavel? My son has ADHD and takes very low dose of Dyanavel in order to help him focus. I really am just looking for something supplement the low dose - in order to help him focus better. Also, the mood stabilizer sounds wonderful because he can get cranky from the meds. Is the mood stabili-t all natural and OK to use? ty

Onthemove1971 in reply to willandgrace

Please speak to the doctor who prescribe the medication before starting anything new.

We've been using broad spectrum multinutrients (True Hope EMP) for about 6 months with our 6yo daughter and she is having great success. In this time we have noticed a decrease in defiance - she doesnt argue about every little thing, the ability to do things the first time she is asked, increased emotional control, less meltdowns and less intense episodes, better sleep, and greater ability to verbalize how she's feeling or what she needs in the moment which I feel has decreased her tantrums. I've noticed an increase in her ability to actually sit down to an activity for longer than the 2-3mins she typically lasts. She is only in grade 1 but the school has not reported more than once this school year issues with attention so I count that a success too! She does have alot of anxiety as well and I can only speak to slight improvements I've seen but nothing that stands out as significant.

really appreciate it. My daughter in failing in school and she has no friends and I cry at times...

Don’t know how to deal with parents dislike of my daughter with ADHD and autism.

starting her new school a few months ago. The parents of some of her ‘friends’ really dislike her....

my 20 year old daughter has inattentive ADHD. She went undiagnosed until she was 18. She takes...

worried about school. I spoke with her teacher. She seems to be doing great at school. Has friends,...

12 yo with ADHD, Anxiety

at that time. She also has anxiety and is on sertraline at a small dose of 25 mg. She still has a...