My 6 year old son started taking Focalin 10mg. He has improved in school tremendously and I’m constantly getting notes and messages from his teachers telling me how great he’s doing.

The issue is when he comes home the medicine is wearing off and he is off the chain. Gets frustrated extremely easy, cry’s, won’t follow any directions I can’t get him to eat, drink or do anything I ask him to do. He just screams and cry’s and seems extremely angry towards me. I’m also the only one home at this time so I’m an easy target.

We have a doctors appointment tomorrow and I don’t know what to do. Should we switch medicine? Should I ask her for something for him in the afternoons to help this? Is there even anything to help with this? I know taking him somewhere that he can be active would help but I cannot do that everyday and I’m having a really hard time helping him cope with the after effects of the medicine.

We are going to start therapy but the medicine is an issue I want to get figured out soon. With his improvement in school I’m scared to take him off of this.

Any advice would be greatly appreciated. Thanks so much! 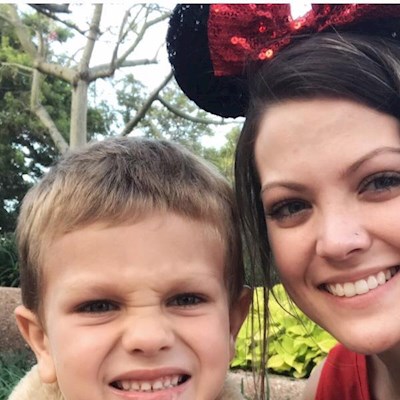 jekkuh
To view profiles and participate in discussions please or .
Read more about...
15 Replies
•

Mine is 11, and we had similar issue with 4 hour Ritalin wearing off. We got some crazy meltdowns, violent mood swings, etc. I put her on Vyvanse then 1mg of Guanfacine before bed. Vyvanse is an easy on easy off Ritalin. Holy cow, it has made a huge difference. Concerta was too long acting for us. So, not sure if he is on Focalin xr?? But def recommend all day dose. Good luck!

What do you mean when you say concerts was tonlong lasting her you guys? I thought that would be a good thing?

Wow my sons Concerta only lasts 5-8 hours. My son is in 36 mg what does did your child take?

36 as well. All kids are different.

That’s for sure! Medications work so different for every child! What works for one ch Kid disentangle work for another!

Onthemove1971 in reply to Pajamasam36

Metabolism is a amazing thing...

The same thing happened to my 6 yo son when he was prescribed Vyvanse. But, his meltdown started two hours after he took it. So after two days, we went back to the doctor and they prescribed Cotempla. He’s doing so much better now in school and at home.

Talk to the Dr. Try a different med. Poor thing. Must be awful feeling like that. Wishing your son the best.

If it's every day, try a different medication. I did get a short-acting Focalin immediate release to give to make it through Cub Scouts when the long-acting had worn off. But I only had to give that once per week, I would not have wanted to do that daily. I'm sorry and good luck

Does he have anxiety?

Our son is also Focalin XR and it does tend to "wear off" in the late afternoon/early evening. We have found that giving him some caffeine at around 4pm gives him just enough stimulant to get him through until bed time. We give him a can of Arizona green tea with honey and he does well with that. It helps get him through after school activities during the school year and now day camp. We just send a can along with him to drink there. We definitely notice when we forget his tea. It has made our evenings at home much more pleasant. Best of luck!

with her. At the end of the school year I asked to have him tested by the school and he was...

9 yo daughter off meds

public school system. At the same time, she was diagnosed with testing anxiety. Her school did...

Am I being a bad mom for not giving my son the medication...

the medication during school hours and it helped him so much... He was getting good colors and the...

Is it safe? Does it really help? Is there anything we could do to help him before starting...

Where can I get my son tested for ADHD soon? He needs attent...