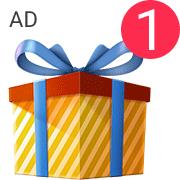 I am the grandmother of one very active 6 year old boy. I'm pretty sure he has ADHD, daughter just thinks it bad behavior and i'm spoiling him because I didn't spoil them the way i do this little boy.

Autism has been ruled out, but does have some speech problems and some of the signs and symtoms of ASD. We been asked by his doctor to NICHAQ Vanderbilt Assessment. How do I tell the difference, I see him bouncing off the walls with outside time especially in the winter. He's starting swing, touch and pull on anything he can hang from. Late he's developed this habit of spinning around in circles with something in hands. Sometimes it's his Karate bag, but has not make contact with anyone, so I tel him stop a couple times then he stops. Today he had his lunch bag in his hands swinging it, this time he made contact with his teach after several requests to stop. The principal gets a notice of his behavior and they decided to take his recess away for three days and modify his behavior plan.

His body is in constant motion from the time he wakes up til the time he goes bed. Went to the grocery store and put in the basket to keep him from spinning out of control or just absent minded wondering off, then her starts stacking the cans and that was fine, then he started shaking other things til he shock the Pico De gallo and some it out. Constantly touching things.

Bad behavior or ADHD? What is it! It's Autism or Asperger's Syndrome!

Hi. What does his school say. Here in the U.K. We would approach or be approached by the schools special educational needs coordinator for advice whether it's behaviour or educational needs and they would refer to paediatric support for further investigation. It's an issue I have found that often ADHD can be seen as just bad behaviour and it's not until professionals step in that a diagnosis makes sense sadly it's sometimes too late and our children go on being misunderstood.

Sounds like it. He might have Sensative Integration which touching things constantly is a symptom. He needs to be evaluated at school for an IEP.

He also needs to be evaluated by his Pediatrician. Which her or him will probably describe some meds! My son is on Focalin which works...

I would strongly advise you to have further evaluations done. You're looking for answers and they are out there. My daughter had ADHD and it was obvious to me that something was different from birth but I just couldn't put my finger on what it was. Now that she was formerly diagnosed this summer we're able to come up with a good treatment plan. She feels understood at last and she's getting the help she needs. Don't give up. Good luck!

Thank you all for the great advise. I will never give up on him. He does have an IEP in place at school and we will be working with an ABA therapist soon I hope. I working on completing the vanberbuilt assessment and also Vineland assessment also. So as soon as they are completed I will turn them into their respective places.

12 year old son with ADHD has difficulties with self control. I have taken his phone away as a...

to help him cope with his emotions. He attends a private school and is now on a \\\"Behavior...

to make fun of him? His also on focalin xr it only last like 3 hours in the school time , when he...

paraprofessional with him 100% time whom he completely ignores. Recently diagnosed with ADHD...

he has complete control? My greatest worry is his behavior in school - disrespectful, argumentative...

Grandson with ADHD and Autistic o

Slow death...is how I feel.

Ideas for how to help your ADHD child organized/follow the s...