Hi I had surgery for an acoustic neuroma in 2008 which resulted in complete hearing loss on my right side . I was told that a hearing aid could not help restore my hearing . I had neumerous problems following the surgery , CSF leaks , massive seizure due to a blood clot on my brain , I had to have my eardrum removed in 2013 and my ear sealed up because of another CSF leak . I have balance problems which affect my mobility , I miss hear things , think someone has said something that they haven't which is frustrating , if someone shouts me and I can't see them I can't tell which direction the voice is coming from which is embarrassing , I have a constant humming in my head , the surgeon said it's the brain that does that whatever that means . I get infections in the scar area all the time . I have many other health problems , lupus , osteoporosis , blood clots , lupus nephritis , I am on immunosuppressants because of my lupus which makes me prone to infections . I was on DLA and have just had to apply for PIP instead as everyone has to . I got 0 points for hearing difficulty which I think is very unfair as it does affect my life . I've just read that if you use hearing aids you get points , it seems very unfair not to get any points because a hearing aid cannot help at all in my case . I got accused of being a liar by one assessor previously , he wrote " she heard a conversational voice in BOTH ears and wasn't even wearing a hearing aid , it stated clearly that I had had surgery for an acoustic neuroma on all my consultants letters I had sent as evidence . Has anyone on here appealed a benefit decision over hearing difficulties ? Any help and advice would be greatly appreciated , Thank-you . 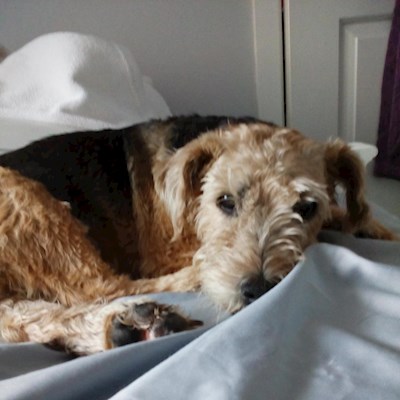 Buffy14
To view profiles and participate in discussions please or .
Read more about...
12 Replies
•

Hi Buffy14, I have appealed PiP for hearing problems. Just some info for you. There is an excellent forum/website that gives guides on completing the PiP form and appeal. It’s called Work and Benefit site. I have used it many times for support when completing applications.

Thank-you I will try them , did you win your appeal ?

Hi, a Bone Anchored Hearing Aid or BAHA which transfers sounds from the deaf side to the hearing ear should be very helpful to you and the NHS should have assessed you for one - see en.wikipedia.org/wiki/Bone-... That shoudl both make your life a lot better AND, if you are correct, up your PIP score! A "double whammy" as they say! Good luck

Buffy14 in reply to bypass

Thanks for your reply , my surgeon did mention something like that but said it would not be a good idea in my case because of all the problems I have had with CSF leaks etc I will ask again , I don't have an eardrum now and my ear has been sealed up so could it work ?

bypass in reply to Buffy14

As long as you have one good ear it should work. It is the standard fix for AN patients. IF for some reason they don't think this is a good idea a wireless cross aid should work but probably not quite as well.

I have also had a.n surgery translab (so deaf on one side). I have a bone anchored hearing aid and scored points on my pip for it.

As a user of one I can tell you they just send the sound using your skull as a ear drum from the deaf side to your working side. It can get confusing still as you have no sense of direction/location. I hear everything in my left ear, they are good for some situations but rubbish in restaurants etc. Having one will never replace your old ear but they are worth trying. I’m keeping mine and had it 3 years

Herron84 in reply to Bluesi

Hi I’ve just had a BAHA fitted ( well the screw ) so in the process! I have applied for PIP and they have said I do not need to go for a face to face assessment!

Plz could u tell me if u got awarded PIP for this and also how many points did u revive for the BAHA ?

Milo65 in reply to Herron84

Hiya am just asking if you got awarded pip for having a baha fitted because am just going through the process and wondering whether or not to apply for pip.

Any advice would be greatly received

Thanks for your reply , my surgeon has advised against one for me as I have had so many problems since the a.n surgery , had a blood clot on the brain 3 months after , had several leaks of CSF , needed further surgery 5 years after the a.n surgery to remove the tube from the ear and seal up the ear with skin from my stomach to stop the leaks . Also had meningitis 3 years after a.n surgery and I still get infections around the mastoid bone ( the bit of it that's left ) I've had 2 infections in the last 12 months . I sent off a mandatory reconsideration and they still would not give me any points for hearing difficulty , I am not going to appeal it's too stressful .

I lost hearing after my operation I was refered to spec savers for hearing aid by my doctor and was told hearing aid wouldn't help l left it at that .but now I remeber my consultant at hospital said one could be fitted after operation that was at my local hospital. Which were not able to do my operation so had to travel l over 30 miles to hospital that could deal with it now 2 years on n nobody has mentioned getting a hearing aid fitted..I also suffer from very painful dry eye

Regarding hearing a hearing aid; you can get them. You need 2. One for your good ear, and one for your non- hearing ear, which picks up the sound and transfers it to your hearing ear. This helps a lot in social situations, such as dinners.

Sorry for typos in 1st sentence!

Hi everyone, I had my surgery on 25Aug, all successful for removal of large AN tumour. Since coming...

diagnosed with a large Acoustic neuroma around 4cm in size. It is pressing on my brain stem and...

female and I have been diagnosed with a 2cm acoustic neuroma last week. My symptoms currently are...

first post since being diagnosed with a 13mm acoustic Neuroma. I was diagnosed last week and still...

weeks ago had the diagnosis of acoustic neuroma and am seeing a neurosurgeon tomorrow for...