I found this article very informative. It is titled "No, 25 mcg of L-T3 Liothyronine isn’t equivalent to 100 mcg L-T4"

Have a lovely day. 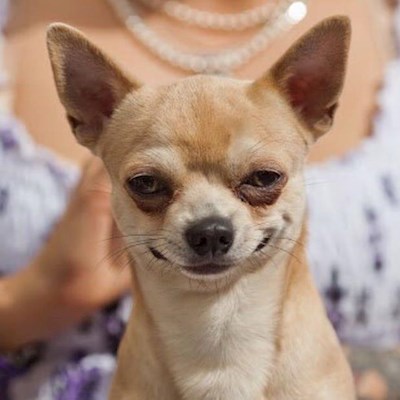 Inana
To view profiles and participate in discussions please or .
Read more about...
8 Replies
•

There can be no simple formula to express biochemical equivalence in the way it has been done. If you take any mixture of T4 and T3, the T3 equivalence expressed by T4-T3 conversion will depend on how well the patient's enzymes work. So by this alone you cannot say how any mixed dosage will perform in an individual. Some will produce T3 quicker from a T4 dose to supplement the pure T3 taken. and others slower. It is strictly a matter of trial and error for the individual and no amount of false averaging will give an answer.

Inana in reply to diogenes

I absolutely agree, just by using me as an example and my journey of finding the right dosage.

By way of trying to explain, I have sometimes tried to consider a thought experiment based on a mythical person who had absolutely NO ability to convert T4 to T3.

They take 100 micrograms of T4 and it produces zero T3.

They take 200 micrograms of T4 and it still produces zero T3. And so on.

They take 5 micrograms of T3 and it actually has an effect that even an infinite dose of T4 would never have achieved.

Unrealistic, yes. But so many things start to make more sense when you take extreme cases, even if they cannot actually exist.

The best (not perfect) equivalence as found by Celi ncbi.nlm.nih.gov/pmc/articl... is that 25 mcg liothyronine is equivalent to 75 mcg levothyroxine. This is rough and ready and applies to doses that give a normal TSH. It assumes that TSH is reflecting thyroid status throughout the body, which might be so for healthy subjects.

With higher doses less T4 is converted to T3 so we might assume that the L-T3 / L-T4 equivalence will vary with dose (L-T4 is relatively less potent at higher doses). Also, bear in mind that patients receiving L-T3 do so because they have impaired conversion or some form of resistance to thyroid hormone. In these groups L-T3 will be relatively more potent, which is perhaps why it works.

I'd go with a 1:3 ratio as a very rough guide based on what we know so far, a handy starting point when titrating a move from L-T4 to L-T3.

A really interesting thread linda96, including the comment from jimh111

Since we are all different in our makeup, ratios would also be different for each one of us. That's where the doctors get in to trouble, trying to fit us all into that 'one size fits all' approach.

I do wish docs would stop trying to be so prescriptive! My Levo increased to 175 everyday, I pushed for the increases to try and be well. I had no idea what T3 was and I was just looking at TSH, trying to get it to a magic 1 or less. I became jittery and anxious, couldn’t sleep. I went back to the doc and said I think my Levo was too high. She was almost gleeful and patronising. It was another year before I understood what T3 was (although I had been asking and allowed full Thyriod testing for some years, I just didn’t understand the results and Neither did my GP, she just allowed it because I was so pushy) no matter what amount of increase I took on Levo my FT3 just never rose.

Inana in reply to NWA6

I know that gleeful, condescending attitude too well. I’m glad you are under control now.

question with regards to what 5mcg’s of T3 is equivalent to in T4 terms and what brands of T3...

Is this the last word on t3/t4 equivalence?

I have read various things about how much t3 equals how much t4 and have hedged my bets w the 3x-5x...

Changed from Levothyroxine to Liothyronine. T4 to T3.

to T3 Liothyronine, 20mcg twice a day, 12 hours apart. Since taking them the muscular pains have...