Pain goes away when laying down: Hi, my son has... - IBS Network

Hi, my son has terrible upper belly pain. He has had it for years. He has every test known to man and everything came back ok. We did the whole food check and while some things can trigger it sometimes there doesn't seem to be a cause. He is in alot of pain at times to the point he almost passed out.. he vomits.. gets very light headed. The only thing that helps him is to lay down. The pain goes away!! So crazy. He is 16 now and he can't live is life like this. Does anyone have any thoughts or suggestions? Despite mom here 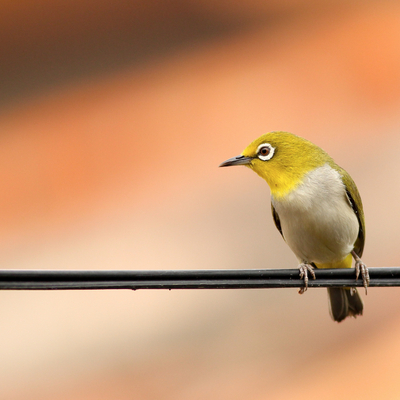 Dborrelli77
To view profiles and participate in discussions please or .
4 Replies
•

I get wind(gas) pains ascending and transverse colon -the pain eases when I lie down too. But I have confirmed IBS-D so I know what my problem is.

It sounds as if your son's problems maybe in the stomach area and not being a clinician I can't advise but only suggest that the problem may be anxiety, is he worried about school? bullying? exams? As you say he can't go on like this just don't give up and go back to your doctor if necessary, good luck

Dborrelli77 in reply to Linley

Thanks for replying. He has been diagnosed with multiple things over the years. First was dairy sensitive.. he was on meds for 4 years for that. Then it was IBS.. we do know stress makes it worse and put him into medical stress management. He seemed to kinda grow out of it once he got out of middle school but this year it's back and Drs now say it's acid reflux. I swear they just "label" it. I know he "worries" what teen doesn't. There is peer pressure every where he looks and he's a good kid. Plus he is in all AP/honors classes so he does have ALOT of pressure on himself. But with that being said.. this is the first year he has cut himself some slack and allowed some Bs and Cs which is great.. so I am some what surprised for the belly acting up again if that makes sense. He seems to be coming more into his own as a person. Idk.. I just hate seeing him suffer and HATE that I feel like no one can help. Ugh

How awful for your poor son!

As a Registered Nutritional Therapist, and one that specialises in gut issues, may I suggest your son takes a GI-MAP test to identify any bacteria, parasites, or yeast overgrowths just to rule these in or out.

Has he had a SIBO test, (Small Intestine bacterial overgrowth)? If not, this would also be with undertaking to identify any hydrogen/ methane dominance.

Has H.Pylori been ruled out?

Has your son’s sphincter of odie been considered as a possible reason for his pain and a hiatus hernia been ruled out?

If all of what I have suggested has been tested for, I would recommend going to see a chiropractor who deals with gut issues and maybe a structural manoeuvre may help.

I hope this info gives you a strategy for the next steps to be considered.

Good luck, and as a mother I really feel for you! You just want to take away their pain and improve your child’s quality of life so that they can go out with friends and enjoy life without worrying what if...

Thank you so much. And considering I have never heard any of these things I would say no! He was originally tested for the basic stuff. He has had a colonoscopy, endoscopy, ultrasound and some blood work to rule out the basic GI issues. We even have followed the different diets over the years. No sugar, organic, etc. He is under weight in my option due to years of this. Like I said he is 16.. 5 10 and 120lbs.

I am just so overwhelmed..

All the things you suggested.. are they things I can do or do I have to go to a Dr?

abdominal pain except when lying down

Have abdominal pain -constant except while lying down - for three years. Told by gastroenterologist...

Pain under right ribs radiating to back. Worse at night and when lying down

really bad stabbing pains almost under my right ribs. The pain radaiats to upper back, shoulder...

I just want the pain to go away..

The pain can get so bad the I am doubled over in tears unable to stand up straight. Lately, It has...

IBS - When is the pain too much Pain?

amount of pain relief and I have took 2 buscopan! Sooooo painful!! Any ideas of how to stop this...

Pain down right side

walking and when standing the pain is almost gone. It doesn't make things easier that during last...

could this be withdrawel.

﻿Covid and stomach problems, are they linked?