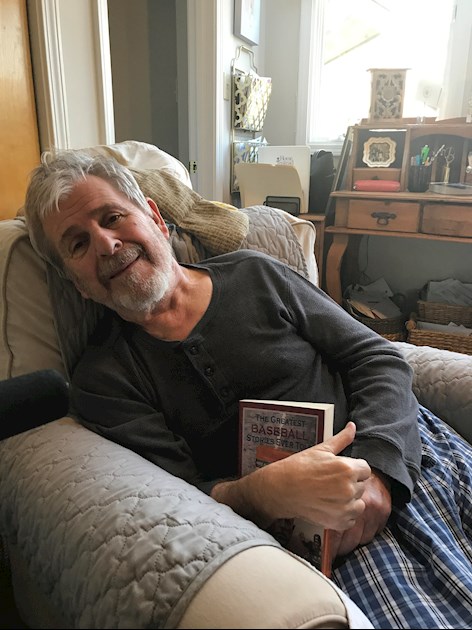 I haven’t posted in awhile but I wondered if anyone else who has loved one with CBD has experienced this?

Over Christmas I kept my 19 month old grandson for the week before Christmas celebration and my husband Jack seemed to have a marked decline.

He did as well at Thanksgiving however not quite as severe.

Do you find that too much stimulation causes a change?

He still speaks and actually talks a lot although when he is seems stressed he sleeps a lot .

Last night while is bed he kept saying he needed to go to bed. I couldn’t convince him he was not in the car?

This morning he remembered it and wanted to know what is wrong with him ?

Such a confusing disease and I don’t have a lot of help understanding from his neurologist.

Anyway would love to hear others experiences!

Hi Michelle... l believe each person with PSP is unquestionably a mysterious (not sure what the right word is... so l will leave it to others to fill in the blank _ _ _ _ _).

Mom enjoyed extra stimulation at times but not for long periods... she tired easy & could become confused. I am not sure if this was the PSP or merely her age.

My late husband who had CBD became increasingly unable to handle stimulation, particularly from noise and people and conversation (others' - he couldn't talk). It really limited who could be in the house, and he often had to go to bed if someone came over. At the very least he would close his eyes and doze off. It did not make a difference that the last years only close family including his kids were the visitors... So yes - I think it is the disease.

I agree with everything that you have said.

It is exactly the same for my husband. He still just switches off and can get very anxious about loud noise, lots of people, all talking at once etc.

I don't take him to large gatherings any more. It's just too much for him!

Right - the brain is working so hard to compensate for the damage caused by the tau protein... It becomes exhausted so easily 💔

This is my own take on it, never had anyone in the medical fields agree or disagee.

As the diseases progress in some patients the ability to "multi-focus" declines. Trying to stay mentally engaged with several things at once causes mental and physical fatigue. Dad stayed pretty sharp all the way to the end 1-on-1 but in the latter stage if 2-3 things were going on he would start getting confused and just "disengage" either through falling asleep or just closing his eyes and not speaking.

AJK2001 in reply to Dadshelper

I see this with Mum as well, on 1 to 1 she is quite good but really struggles in a group situation, I have partly put it down to eyesight and not being able to work out who is talking and then the level of concentration required just becomes too much, so it's better to try and shut out all that sensory stimulation you can't make sense of and just retreat.

I have noticed exactly what you have experienced. The first time my husband seemed to be adversely affected by being in a big group, I thought he had just found it tiring. When it happened again,I realised that he seemed to drop down a notch in his health. The last time which was a big family gathering he definitely suffered a drop in his abilities. This may have been a co incidence , but I don't think so.we now restrict the number of visitors at any one time,and he can cope better with that.

It's difficult to get over to the professionals sometimes the things that are happening.the disease is rare,and most of them have never heard of it. The physios still want me to keep him walking and excersising. I have explained that we have been dealing with this for five years. Four years ago he was playing squash ,tennis ,and racquet ball five times a week.since then he has excersised every day and kept walking with a rollator,and continued to go on holidays. As things have got worse we went to a gym which had Iso kinetic machines. They move you automatically but you can put effort in as well. Three months ago there was a big drop in ability,and that was when services had to be called in.

It is now dangerous for me to assist him to walk,so we use the wheelchair to transfer. I know it's important to use his legs ,so he moves on the spot now with support in front and behind.

Sorry this is a long reply.

Hi, I can't say I was aware of Steve being different during the holiday time, apart from being very tired and sleeping a lot.

My mother on the other hand, who has Alzheimer's is terrible during the Christmas period. As soon as the decorations go up in her home, we immediately start noticing a downturn. Fortunately she does bounce back afterwards. The staff say this is perfectly normal with these sort of diseases. The change of scenery, the extra stimulation, getting out of routine, all play a part. So I am guessing that PSP is no different. Also, you have markers on how he was this time last year, what he could do and cope with, during the festive season.

Hopefully, now Christmas is over, Jack will bounce back. Give him lots of quiet days to recover from the onslaught.

Sending big hug and much love

What a lovely photo, such a sweet smile, reminds me of my husband, everyone comments on his smile, getting back to your post, my husband has CBD and we are year 11 now, I had my family for Christmas including our 2 granddaughters, so we were 8, we did full Christmas food, but had a relaxed attitude about it, so we had food on small tables, Ian is on puréed food, which is challenging at best, so I always give him food first then have mine ( he can’t feed himself anymore)

But we had a great day, having said that it took its toll, especially when the girls got boisterous after the sugar hit, I find he has a short tolerance of disruption, we had a new kitchen before Christmas and he was very difficult when all the workmen were here, I understand it is probably the feeling that you’re not having input

I recently had to go to hospital for a small procedure, and his mood was very black when I got back, he doesn’t seem to have any concept of time.

This is the worst thing I have had to deal with in my life, hope you’re partner improves, I’m sure he will, so stick in there you’re doing fantastic 💕

It seems rare to find someone who has a loved one with CBD and that has been struggling for so many years.

My husband from onset, is in his 9-10th year with CBD, 6 years from diagnosis.

Sorry to hear the latest problems you’re going through, I haven’t had these symptoms yet, it sounds very frightening, and exhausting for you too sorry. I have to say I need my sleep or I’m useless, and Ian has got into the habit of calling out for me, and doesn’t know why, very annoying 😂

I have totally the same thing with Ian not liking a lot of people about, and if I am busy with the grandchildren he gets more needy, Christmas was difficult as we use our lounge for his bedroom as its the nicest room, so I use the kitchen/diner with a small sofa And tv, which works well normally, but harder on special occasions

There is definitely something in what you all say. For the second year mum completely flipped starting Christmas Eve said no one had told her it was Christmas and became very agitated. We already noted she can’t cope with big numbers of people and tried to work around her slowly introducing Christmas decorations and presents but she still took a definite turn for the worse this disease is so unpredictable and awful learn new things every day keep smiling all x.

What a lovely photo thank you for sharing.

My husband had PSP and as the years progressed he struggled with more than 2-3 people around him. We still had friends over but kept the numbers small. He was always exhausted afterwards so I think the expression is ‘ pacing’ is needed

and only see him as what he is now and even worse who I've become in relationship to him. Will I...

I would love to go away for a few days in September the children have asked George to go to Cyprus...

driven down into Portugal, we have stayed in some lovely places, this last one is our relaxing...

discontinued. However, the next medication trial, was for him to have hyoscine patches to reduce...

felt strange about having my space back. I now just love being on my own.

Our battle is finaly over.

My husband Don has passed away

Our Journey is over