Some members of the group might identify w... - PSP Association

Yesterday, I read a report from my Speech and Swallowing Test from October 2015, outlining some of the difficulties I’d been experiencing and concerns that we had. Swallowing issues or dysphasia is one of the symptoms of PSP and is a real concern. Weakened throat muscles could cause me to choke and even aspirate, leading to aspirated pneumonia, two of the major causes of death in patients with PSP.

That was a difficult test to take. The thought of having the scope snake through my nose and down my throat was enough to make me gag, and worse yet, the actual procedure did. It still does, even as I think about it now. The technician ended up using a nasal mist to freeze the area to complete the exam. Before the examination began, I first had to eat and swallow several test foods prepared in different consistencies to see what I could tolerate. She had placed a stethoscope to the side of my neck and listened to my throat muscles as I ate each of the test samples, each time making notes on her chart. No choking on my part this time – good – but she noted some muscle weakness.

Now the worst part of the exam was about to be begin. The technician did a series of checks making sure the instrument was properly calibrated, the light was working, and the monitor was in the correct position, so Trish and I could see the procedure. The nasal violation began. Up my right nostril – every inch felt like a foot – and slowly down the back of my mouth. It was then I learned I had a strong gag reflex.

I don’t recommend gagging with a scope up your nose and down your throat to anyone. 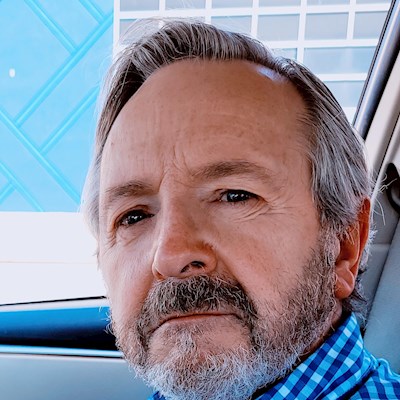 daddyt
To view profiles and participate in discussions please or .
12 Replies
•

But how useful for us to know what the experience is like and what to expect.

It sounds like any weakness you have is pretty minimal? Did you feel good about that?

That test was back a couple of years ago, there was some discomfort afterwards but that was remedied by gargling with a shot of scotch. We could see on the monitor that there was still food residue from consistency samples and the definite bowing of my vocal chords that has affected my speech.

😱 That sounds awful. My husband’s swallowing issues were tested by X-ray only and it was fascinating. He had to eat various foods but the first one they gave him was a piece of sandwich. I told the technician he would choke on bread and he shouldn’t be given it like that so he moistened it with something and we saw it go down as he swallowed. Likewise I said he should have thickened liquids not water so they thickened it. I got them to mash the banana. I knew what he could swallow safely so there was no point making him eat something that would cause problems. It was amazing seeing the food go down and it didn’t cause him any distress. The outcome was that I should continue doing what I was doing. Two years later, when things deteriorated, he opted for a PEG to be fitted. He never had any chest infections or aspirational pneumonia and only choked badly once when he stole a chip from our grandson’s plate.

I do hope you never have to have the experience you have just had again.

Are you feeling ok now? It sounds horrible. An ice cream to cool that throat would be good?

If I had to, I'd live off ice cream and get all on my necessary supplements in a milk shake (:

Tim don't I know it! Lol. I am turning into an ice cream madwoman too. I am sure it is your influence!! Like milk shakes too...lol.

Tim just read it was a long time ago. It is still there in your mind though? Although you have written it all down now? See you had some scotch afterwards and here I am telling you to have ice cream!! What are you like?

Butterscotch ice cream haha. That is one experience that left an indelible mark on-in me. To think I had done a second time... only with freezing from the start.

Ahhhh you confused me! Lol. Not for the first time it must be said! If I ever go to Canada I will definitely have an ice cream! Have heard so much about it you have turned me into an addict too!

There's no need for a twelve-step program for ice cream or chocolate, no more than twelve steps for eating, sleeping and breathing (:

Tim will take your word for it! Lol After all you are the expert?

Thank you, Tim. I take my mom for her swallow study test on Tuesday. I had no idea what to expect until now.

Is this normal? Am I expecting too much?

guys, John's swallowing has been steadily going downhill. We had another swallow test done and the...

good 15 mintues for his throat to calm down. I have read that people with PSP have more difficulty...

Gratefulness for the love and support this group has for each other.

in control of the way he ended his life, not the PSP. It was on his terms and timing. I did honor...

have Parkinsonism - which could lead to PRS or Muscle Palsy etc. they are not sure. He has now...

electrical stimulation to both her swallow muscles and her jaw muscles for about 2 months,...