Worked Out Well: Leaning or relying on... - Prostate Cancer N...

Leaning or relying on science, commonsense, luck, grace, and intuition. I am happy to report I am cancer free after 3 years.

I read, researched, meditated, prayed, and sought the best opinions I could find before I decided to go for SRT in February 2021 after my RP in March 2019. Though my PSA only rose to 0.05 after 20 months post RP, my team of urologists and oncologists let me make my own decision to go for SRT since I had a positive margin. I took a chance and here I am happy, healthy, and fit at 63 years old.

Today, My PSA came in at 0.003, three years after my initial PCa diagnosis in October 2018. Recurrence highly unlikely. I went for SRT early and it was the right decision. 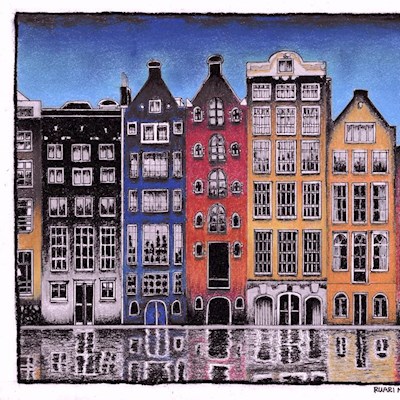 Steve507
To view profiles and participate in discussions please or .
Read more about...
10 Replies
•

Congrats - there is hope for PCa patients - some of us respond well to treatment(s) ....

Steve507 in reply to RonnyBaby

Thanks for the well wishes gents!

I was gently warned by some doctors that that doing Salvage Radiotherapy with a PSA of only 0.06 10 months later was too soon.

Now 9 months after Salvage Radiotherapy, I have a great quality of wood. My PSA fell to less than 0.01 last January and has stayed there since. I made the right decision after listening to the doctors and to myself after hours of reading, cogitating, and meditating.

My thoughts and prayers to you all. Vaya con dios

Justfor_ in reply to Steve507

Steve507 in reply to Justfor_

One 1 month injection of Zoladex since my PSA was so low anyway.

Justfor_ in reply to Steve507

Steve, you give me hope. My situation very similar. Had RP 03/18. PSA 1 yr <.1 and at 18 mo went to 0.10. Rose over next year to 0.36. Had to delay a while due to Covid shut downs and infected hip replacement that had to be done first. I started alternative protocol and brought it steadily down to 0.29 over next 6 mo. Was going to continue along that path when I had a great conversation with a MO at Northwestern for a second opinion. She said basically what I knew in that cancer is smart and will figure out a way around what I was doing so why not blast it now and hopefully be done with it. No pressure but it sure made sense especially since side effects are small if any. Took that advise, did one month oral ADT before starting that brought PSA down to 0.07 (we all know that SRT results directly tied to PSA at time of starting). One month after finishing PSA at 0.17 and RO expects to keep falling. Have 6 month PSA mid Dec and pray to be where you are, DONE! I am now plant based, use supplements if used in specific RP/SRT trial on our brothers and had results lowering PSA and most likely will take going forward. Since we know it is never truly gone, I am looking at Nalakrats posting on Senescent cells also. Thanks for posting.

Steve507 in reply to RedStatePrisoner

At 61, last November 2020 is when I did a month of ADT in preparation for SRT which finished in February. Been 0.005 Since last December.

My logic was simple. I'm young, healthy, and my body surely can handle some zapping better now than down the road. Let's not give it any chance to no longer be a regional disease since I had one 5mm margin post RP Path. I do believe I made the right decision. My T levels are very low but I still get wood. I walk a lot and drink good beer which helps, too.

It's a very individual decision for very idiosyncratic diaease.

RedStatePrisoner in reply to Steve507

Again, similar. Was 63 when started. Had nothing show up on my PSMA. Per SPORTT study they did bed and lymph nodes. Had no effect other than going off plant based since radiation does not agree with my 40 grams of daily fiber diet. Back on and yes, it was kind of a no brainer (other than my 2 hr commute to U of Chicago in traffic each day). Still worked out 6 days/wk before, during , and after. Looking forward to Dec PSA.

? Should I stop casodex prior to PSMA Pet scan for better detection rate.

rigorous gym work out program Before and 3 months after the Prostate surgery. My testosterone is...

Has any would-be early retiree in their 50s priced health insurance?

been too busy over the last year to revisit this wish, but now that my PSA continues to be...