I’m 16 months on from 39 sessions of EBRT and with less than 1 year (of 3) remaining of Zoladex injections, my latest PSA results came back today, again as undetectable i.e. <=0.08 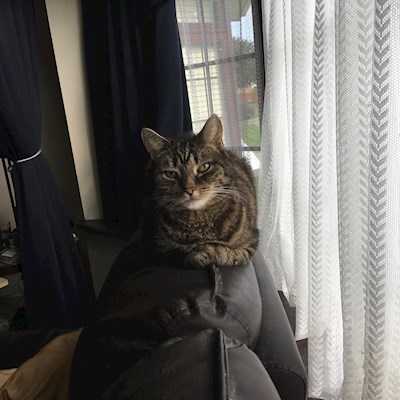 Aodh
To view profiles and participate in discussions please or .
Read more about...
8 Replies
•

Tough to wait for test results every 3 months.

Extreme fatigue. Hot flashes. I intend to stop Lupron after 6 more months. Not sure if 3 years is necessary. We shall see.

Hope you stay undetectable forever. Keep up the fight.

Aodh in reply to Dracus

It’s been a great result for both of us and I wish you a continuing undetectable PSA going forward.

I can identify with the fatigue and flushes; thankfully I’m retired so don’t have to attempt to work (I know that I couldn’t, certainly not at the level I used to).

I’m happy with my lot, have a roof over my head and enough food in my belly and really no worries. I’ll stick with the ADT for the full 3 years (it’s SOC here in Ireland for high risk PCa). Hopefully I’ll regain strength etc after the ADT to get back involved with all the interests that I let go to focus on treatment. If not, I’ll adapt and define new interests.

At the time of my diagnosis, I didn’t think that I would get as good a result as I have so far.

I hope that it just like your own story provides some encouragement for others on a similar journey.

Dracus in reply to Aodh

The longer someone is on ADT the longer recovery time is needed. My Doctor (MO)would like to have me on for 3yrs also.

I’m not sure what I’ll finally decide. Fatigue is getting worse each month that goes by. My quality of like is quite poor now. I have two young grand children that I can’t keep up with anymore. Plus I’m tired of being turned into a woman. Hope you recover easily after you stop ADT. Best of luck to you.

I was GL9 as well, and on ADT (Zoladex) for two years. Two months of radiation as well. The side effects (fatigue, achy joints and hands, insomnia, hot flashes, and many others) started to subside about six months after my last injection was due to wear off. The most unexpected thing was the return of decent erections. That said, I feel like I've aged more than the two-plus years that have passed since I started treatment despite keeping up a good exercise regime and eating right. It's impossible to say how much of this aging and how much the additive effect of treatment, but I'm confident that the treatment has a lot to do with it. The good thing is that my PSA has been undetectable for a while, down from 15, so I try not to complain -- though I do anyway.

Dracus in reply to jazzy53

I have all the side effects you mention plus a few more. The worse is the depression which seems to be getting more intense as time goes by. The anxiety every 3 months waiting for the PSA results has contributed greatly to it.

You certainly are doing the right thing by exercising and eating properly.

I think staying positive helps but I find it difficult to do.

You are definitely beating the cancer.

I'm with you. The depression is the worst. Mine isn't full bore, but it's bad enough. Doing all I can to chase it away but sometimes that's not enough. I'm fighting it but also accepting it as a part of life, part of my recovery. Based just on my experience, I don't think the treatment docs know enough about treatment side effects and how to mitigate them, though it's possible that there's just a limited amount you can do. I also have to credit the nurse practitioner at radiation oncology who referred me to a good therapist. Therapy isn't a cure but helps to keep you grounded. I believe in having a positive attitude, but would like to stuff a sock in the mouths of a few people who keep urging me to have one.

Dracus in reply to jazzy53

I agree about the doctors. They hear complaints about the side effects so often that they become desensitized. My MO looks at me as if to say “toughen up it’s better than dying from cancer”.

It’s a hell of a battle but surrendering is not an option. All we can do is keep on fighting until we can’t.

Stay well and remember that it may be harder on the ones that you share your life with.

Question about where to get biopsy.

up to PSA testing and other diagnostic testing. I find I’m very anxious awaiting test results. What...