Had radiation in 2004-2005 and now have localized recurrence.

Interested if anyone has done salvage focal HD brachytherapy after previously been treated with EBRT. 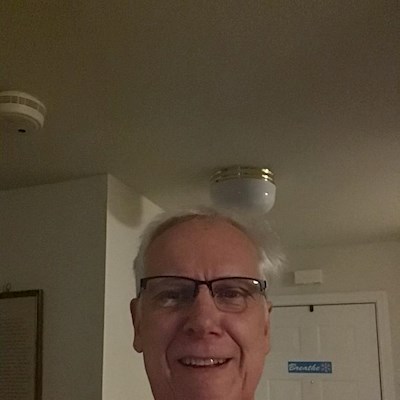 billy1950
To view profiles and participate in discussions please or .
Read more about...
7 Replies
•

Apparently this has been tried. See for example: pubmed.ncbi.nlm.nih.gov/288... It looks like it had some success. See also the information posted below the abstract. There are other articles about this, a published review, and 14 citations of the article.

Is this something that a radiation oncologist has proposed to you?

Yes, MSK is recommending this treatment…I am interested in hearing experiences of others…I am concerned about GU toxicities…The below article outlines both GU and GI toxicities..it’s a study out of the Netherlands…Determining the safety of ultrafocal salvage high-dose-rate brachytherapy for radiorecurrent prostate cancer: A toxicity assessment of 150 patients.

Here's a direct link to your article that, I hope, will work: sciencedirect.com/science/a...

It looks like MSK has been using this technique for many years. The article I cited, published in 2017, was authored by seven MSK physician/scientists, including a statistician and a "medical physicist". Obviously, MSK has extensive experience with HDR salvage therapy.

I do have experience with HDR brachtherapy, augmented with Lupron and with external beam therapy - though it was for primary treatment, not for salvage. I think the most direct adverse effect that I experienced was swelling of the tissue around the urethra, which clamped it shut and made it hard to urinate. At the beginning I needed two tamsulosin (Flomax) every day and still needed to pee about once per hour, a minor annoyance during the day, a bigger annoyance at night. That declined over a period of about five months, after which I was off the tamsulosin and was able to go several hours between bathroom visits. I also experienced a gradual loss of potency which I think may have been more due to the external beam radiation than to the HDR.

Here's what I suggest:

1. Try to figure out what your goals are. What odds are you looking for in treatment success and what would side effects would you tolerate to achieve those odds. I know that figuring that out is impossible, but you may be able to get some ideas about your balance of outcomes to help you make a decision.

2. Get an appointment with the radiation oncologist and go through the issues with him.

2.1. Where are the tumor sites that he or she will target? How close are they to the most sensitive places in terms of causing adverse effects?

2.2. How does the siting of the tumors affect your odds of adverse effects? Will your odds of side effects be more, less, or about the same as the averages from MSK's previous treatments?

2.3. Have there been any improvements in imaging or treatment techniques since they did their last studies?

2.4. What are your odds of a cure. What are the outcomes in previous experience and do your particular odds look better, worse, or about the same?

2.5. What are the worst outcomes MSK has seen? What happened to the patients who experienced them? What are the best? How likely are each of these extreme cases?

3. What are your best alternatives to this treatment? And why does the oncologist recommend the HDR instead of those alternatives?

I wish you the best.

It’s your comment in 3 that i am most concerned with in having possibly some bad side effects. I may have to live with them for awhile. GU grade 2 and 3 seem to be somewhat common with both LDR as well as HD BT. However, MSK will do focal salvage HD brachytherapy which claims to have lower toxicity…Using Catheters indefinitely is a scary proposition…Possibly having a permanent one would be possible. Don’t know…

However, i don’t know if any salvage treatment after radiation is going to promise anything better…All of them, Cryoablation, HIFU, SBRT all seem to have some possible bad side effects. It is also surprising in a way that there have been no responses to this post except for yours. Has no one experienced salvage brachytherapy???

Sorry I didn't respond earlier, I was off the group for a few days (and may be again for some time.)

In the past, salvage radiotherapy for prior radiotherapy was considered inadvisable. When I was treated in 2003-4, the mantra was that, if you got surgery, you could get salvage radiation. If you got radiation there were no safe salvage procedures, neither surgical nor radiological. My understanding was that radiation did enough damage to the prostate and surrounding tissue that further radiation was likely to do as much or more damage as good. The state of the art has advanced since then but I bet there are still many doctors and patients who shy away from salvage radiation after primary radiation. That may be why you're not getting any responses. It's something to ask the MSK specialists about.

I think your concerns are on target. All of the treatments have potentially serious side effects. Ask about how many patients at MSK have had to engage in long term catheterization.

If it were me, and I thought the odds of a cure were good (75%? 50%? 25% - I really don't know what constitutes "good") and the risk of long term catheterization was low (1%? 5? 10% - don't know that either), and I weren't too old (<60? <70? <80 - same issue) and if I had confidence in the radiation oncologist, I think I'd go for the hoped for cure and take my chances. Long term prostate cancer is no fun either though it seems to be getting a little less dangerous every year.

I always ask my doctors, What would you do in my situation? But the question is not easy for them to answer either and, like us, they hate the idea of telling someone to try something and then finding out that the treatment failed.

The only thing I can say for sure is that you are considering all the right questions and, whatever decision you make and however it turns out, you'll have no reason to beat yourself up afterwards for making that decision. The opposite decision might have turned out just as bad or worse, and either alternative might have been good or bad.

I think if it turned out for me that I got stuck with long term catheterization I'd twist my head around, determine that life is more important than catheter annoyances and, from now on, I'd force my attitude to make them into annoyances and not horrors.

I know that this is not much help, but I want you at least to know that there are people out there rooting for you.

I had a long conversation yesterday with the care team at MSK. Dr. Zelefsky talked some about the possibility of rectal damage.

Wondering if you know of anyone who had some rectal damage and needed a colostomy…I know they use the gel (SpaceOar) to protect the rectum. I am also asking them to do focal brachytherapy since it can be targeted to the tumor. There is only cancer on one side of the prostate…

Would appreciate any feedback…

I've heard of colostomies but don't know anyone who has had one. However, if you're trying to find out what they are like you can search HealthUnlocked and find a lot of postings, though I don't think any are for prostate cancer. Searching Google for (colostomy experience) or (colostomy prostate cancer), will get lots of hits. Some may be relevant for you.

Did Dr. Zelefsky offer his opinion on what you should do, or on what he would do if it were him? He'll know a hell of a lot more than I do.

On the issue of focal vs. whole gland, I think it's commonly believed by specialists in prostate cancer treatment that whole gland treatment is more likely to work. There are just too many cases where the amount of cancer in some areas is too small to show up in biopsies or scans, but still enough to grow and become a problem some day. However, like everything else in prostate cancer, the best you can do is play the odds and hope for the best. Maybe focal will work. Maybe it won't. Maybe whole gland will do more harm than good. Maybe it won't. I think we must do our best to get all the odds ratios and expert advice, then go with what our guts as well as our brains tell us to do.

I am trying to decide between HD Brachytherapy and SBRT. I am Gleeson 7 4+3.

Both options seem to...

1-day HDR brachytherapy at UCSF, with Dr. Hsu. Can anyone tell me what to expect immediately after...

Dad has his mapping on Friday for salvage radiation 16 January. His persistent PSA post surgery...

through the 38 treatments. For anyone who has been through this do you have any advice you can...