I am the medical advocate for my brother who was just diagnosed with Prostrate CA~ Gleason score 3+3=6, Grade Group 1. His age is 67. If anyone has this same diagnosis and score, may I ask what treatment options were given to you, what you chose and did you get a second opinion? I appreciate your response. 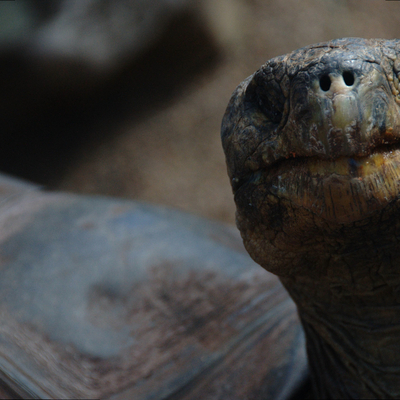 palgirl22
To view profiles and participate in discussions please or .
27 Replies
•

At 67 your brother may opt for radiation, then move on to some ADT drugs. The treatment course could provide many years of good quality life.

The main treatment option he should consider is active surveillance. I think it's important to do AS as part of a program, preferably at a major facility that has an experienced radiologist at reading mpMRIs. Any treatment is curative, but with his low risk PC, no treatments are warranted.

It's a good idea to spend $275 for a second opinion on the biopsy slides from Epstein, who is the gold standard. Just tell the urologist to send the slides to him - it's a common practice.

How many cores usually out of 12 were positive and what were the Gleason scores for each? Each positive core also comes with a % involvement. Totally agree with Tall Allen and get the pathology slides sent to Johns Hopkins. He should get an MRI scheduled in several months to give further information. What is his PSA numbers running? I myself, diagnosed at 55, have been following Active Survelliance, (AS) for the past 2 years. All treatments whether surgery or radiation have had great results.

getting info on your questions and will insist that slides get sent to Epstein. Thank you.

He had 1/18 positive cores and a low Gleason score of 3-3. His PSA is 10.9 but it has been high since previous prostatitis. Going for MRI, bone scan and lab testing next week. Will take Tall_Allen advise on sending the slide to the Epstein Lab. Thank you.

The PSA is only on piece of data and can fluctuate. Mine, for example, has ranged everywhere from 1.8 to 5.2. It also jumped to 12.7, 10 weeks after my biopsy only to go back down to where I live which has been around 4 when averaging the last 3 years. So at the moment, my program is PSA every 3 months, annual 3T MRI, DRE’s 2x a year, and maybe biopsy every other year unless something changes. As others have pointed out, AS means active not passive surveillance. You’re doing a good job with collecting your data and organizing a plan.

I agree that active surveillance may be best, and I like Tall_Allen's suggestion to get a second opinion on the biopsy slides from Dr. Epstein's lab if possible. In my own case I was told that I had a 3+3, then I got a second opinion from another lab that said 3+4, and from a third (at the National Cancer Institute!) that it was 4+3. Apparently, biopsy slides are difficult to evaluate and different pathologists make different judgments on the very same samples.

Another recommendation is to lookup the latest recommendations on active surveillance. Search Google for ( prostate cancer active surveillance ). Here's one article by the respected M.D. Anderson Cancer Center: mdanderson.org/publications... If your brother chooses AS he should be sure to emphasize the Active part. AS does not mean, "Ho hum, I can forget about all this now."

As for treatment, if he looks at all the issues and determines that treatment really is desirable, I think the number one question to ask is not, "What treatment is best?", but "Which doctor is best?" Both surgery and radiation work, but I'd rather be treated by a top surgeon than a mediocre RO, and vice versa. The best doctors, the ones with the most skill, experience, and commitment to their patients, are going to track down and cut or radiate all of the cancer and as little as possible of the healthy tissues. The worst doctors are just going to do what they always did, get through the operation as quickly as possible while wisecracking with the nurses, and pull in the next patient or drink the next martini.

Right on, however considering researching cryo therapy and taking your suggestions to get the best doctors.

EdinBmore in reply to palgirl22

jazzy53 in reply to AlanMeyer

If treatment is warranted, a top cancer center will have great surgeons and great radiation oncologists. The tumor board will determine which treatment is best and assign an appropriate clinician. The treatment choice really does matter and depends on a host of factors. The choice of cancer center is hugely important.

AlanMeyerModerator in reply to jazzy53

Yes, and here's a list of top cancer research centers:

One of the men in my cancer support group is similar in age and Gleason grade. Scanning shows no evidence of spread. After considerable thought and two oncology consults he is electing Active Surveillance. My friend from high school lives in Maryland and is enrolled in a study group at NIH. He also is happily on AS.

Identical dx in 2011. Agree with Allen. AS at hospital/center that has an AS program that includes careful and constant monitoring.

EBRT (IMRT) - you'll get use to the jargon, btw, brachybost and ADT (the worst part of all; if treatment becomes necessary, think long and hard about ADT side effects). T and PSA virtually undetectable now. Recovering from ADT side effects...still.

Read and learn as much as you can. Ask questions. Get second and third opinions. The men here are a great source of support and up to date info.

And, relax! Exercise, enjoy your life like never before.

Good luck to you.

did the progression happen in the same area or was it a different site? Appreciate all the wisdom.

EdinBmore in reply to palgirl22

The problem with general biopsies is that they take a shot gun approach: sample diff areas of the gland but may miss serious cancer nearby; thus the fusion approach. I don't know if the cancer that was biopsied by the fusion biopsy was a new area or an area that got worse. Not sure they'd know that just because of the nature of biopsies.

According to the Hopkins uro, mine was a fairly typical progression. Given family history of prostate cancer, not surprised it got worse. Should i have sought treatment sooner? Tough call. I had my health and "parts" for over 7 yrs.

appreciate your responsiveness and candor. You all are an incredible and courageous group of men and we are about to embark on the journey. Thanks a bunch!

Similar situation - got second, third, fourth and more opinions from oncologists, radiation oncologists, urologists, institutional teaching research centers (Dana Farber, and Lahey Clinic, Boston) and Support Groups for opinions of others. Did a ton of research. Chose "Aggressive Surveillance" (Watchful Waiting commonly called, but very aggressive with constant PSA tests, MRI's scans, consults with docs) - pursued that for 4 plus years, felt great the whole time. Then 4+ years in, PSA rising, decision to do Radiation/ Seeds/ and Hormone treatments. This decision after MRI parametric 3T...the relatively new and now current standard for diagnosis, before a "targeted" biopsy (as opposed to commonly used "random" biopsy) - a week later the targeted biopsy showed where the tumors were and now at Gleason 8 (4 years ago a Gleason 3+3 = 6) it was time for full treatment. All went very well, played tennis every day during and after 6 weeks of daily radiation. Now 3 years later my PSA is non-detectable.

Thank you DavidMorse- wonderful that you are doing well.

Good comments above and not much to add. I was 3+3 in first path read and 3+4 in second. Chose SBRT as only treatment. Seven months post treatment and not looking back. Please don’t give up on second and even third opinions for each considered treatment. It is stressful and may wear you out, but things will get clearer as you go. Don’t read anything more than five years old and add yourself to this and other good blogs. We don’t have a support group in my town and online helpers have meant a lot to me. Post again if you are troubled by what you are told. Be persistent but do not hurry and run from anyone who expresses urgency for you to act.

You've gotten tremendous advice here, palgirl. To which I only second both the Epstein read as well as more opinions. I would be doing something very different from AS with my Gleason 6 biopsies if it weren't for the latter. And Epstein is the gold standard. Good luck!

He should consider and ask about Active Surviellance. A 3+3"6 Gleason score with

grade 1 fairly shouts for it. Also, get a second opinion on the slides from Epstein at Johns Hopkins.

That would seem to be a non-aggressive form of cancer which wouldn't require immediate intervention. You could have him research HIFU -- a non-invasive surgery that I chose to treat my gleason 8 cancer.

Go slow unless it will grow....

If you are only a 3+3 'you should get more than one diagnoses. You have time to look at options including watching rather than treatment yet.

I am 11 years from a radical removal and with my experience dont rush get more advice and look at least evasive treatments.

Newly diagnosed and full of questions

follow up yet with options but as you can imagine Ive been researching and all treatments sounds...

newly diagnosed prostate cancer patient. My PSA was 4.8. The stage is T2C with a Gleason score of....

Newly diagnosed. No metastasis. What treatments should I take.

The Constitution of Medical Knowledge (Part 1 of 3)

For those who have had radiation as treatment which has fail...

The Constitution of Knowledge (Part 3 of 3)