I had HDR brachytherapy one year ago. After treatment, my 3 month PSA test showed a 2.5 and three months later it was 1.7. Now, one year later, it is back up to 2.7. I will have to see it drop back down to make it a “bounce,” which would be a positive:

There doesn’t seem to be a ton of simple info out there on the what are the ranges of lows and highs I should be expecting at this point in the process (it’s hard pulling this info from studies). Especially now that I understand I will need to consider a series of upcoming PSA tests to determine the trend.

So I was hoping that more of you out there could share some details on how much your PSA went up and down, etc.—and when this happened, how long, etc. Where should one expect to be generally at 3 months , 6 months 1 year, 15 months, etc.?

Many thanks to those of you who have replied already! 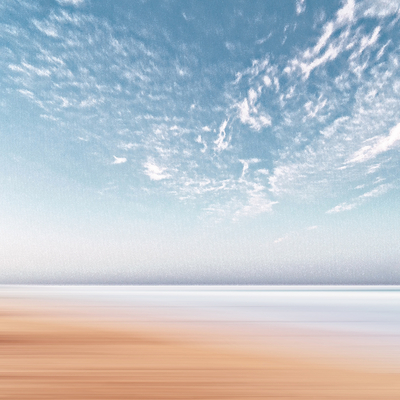 curtisbirch
To view profiles and participate in discussions please or .
Read more about...
9 Replies
•

I would not panic yet. Your PSA is still low. What you have to watch are trends. I don't think you should be concerned until you get 2 or 3 rises in a row.

Nerve-wracking, I know. I had 2 bounces - it took 4 years to reach nadir. You're in it for the long haul.

Great question because I have similar concerns. I had hypofractionated IMRT (20 treatments) in April with PSA of almost 8 at the time (Gleason 6, intermediate favorable risk). Had my annual physical two months after treatment so had them do a PSA for the heck of it and it was 3.94. Had my radonc follow-up a month later (so 3 months after treatment) and it was up to 4.04. I had expected that since it was basically cut in half after 2 months, I'd see additional decrease for the third month. I'm not going to worry about it until my 6 month post treatment results.

The doc confirmed that the cancer cells are likely already dead which would match the significant drop after only 2 months. Now it's the healthy prostate tissue that will slowly die and PSA could go up and down while it trends down.

Allen, since it took 4 years to reach nadir, did it take a long time until semen production ceased? The doc was a little vague stating dry orgasm "might" occur (not exactly how he phrased it, but gave me the impression that it's not a given).

Interesting because I’ve read in studies that the sexual activity in younger males—around 50 yrs like me— can contribute to even more bounce, which makes sense if the tissue of the prostate is still functioning, like mine must be, in these first 12 or so months. I’m not very dry in that department—it seems I’m even less dry now 1 year after treatment than at 6 months post. I now have more to ask the Dr. who treated me this Friday when I see him for my 1 year check up. I’ll keep you posted. I wasn’t under the impression that the entire prostate would eventually die over this 3 or 4 year period of time. It’s all somewhat of a mystery because my doctor previously said they really don’t know exactly why there is bounce. Thanks very much for the reply and please continue to share any relevant info.

I didn't have this procedure done (had RALP), but my excellent "100 Questions & Answers About Prostate Cancer" by Pamela Ellworth, MD, says this about the PSA "bounce": "Some advocate that after brachytherapy, to avoid unnecessary active interventions after surgery that the PSA levels be monitored for at least 3 years and to provide reassurance to patients that a PSA rise during this time is common and may not indicate treatment failure." I hope this helps. Best of luck.

At three- six month intervals from then my PSA was :

As TA states, we are in it for the long haul so I plan on staying around for another 20 years to watch it drop.

curtisbirch in reply to rocketman42

Thank you - this is helpful to see your numbers laid out like this and good to see you settling down into the lower 1’s!

Who did your SBRT at MSKCC? How many treatments? Thanks!

sorry for the delayed response......dr michael zelefsky who i highly recommend...5 treatments over a 2 week period.

scheduled for 1-day HDR brachytherapy at UCSF, with Dr. Hsu. Can anyone tell me what to expect...

PSA Too Low To Be Treated With Radiation?

radiation oncologist thinks my PSA level at .8 is too low for radiation treatment. It has doubled...

off ADT for one year. My 3+4 gleason score Pca was treated with 44 radiation treatments and lupron....