This paper was published in July in the International Journal of Impotence Research. The full text is available at

The authors note that about 40% of men who undergo radiation therapy (RT) experience erectile dysfunction. The PROTECT trial reported that erectile function decreased from pre-treatment baseline to 22% in the radiotherapy group by the 6th month.

This new study was in rats, not people, so it needs confirmation. The results were quite strong; treating rats with resveratrol after RT reversed several of the measures of damage they examined.

The authors conclude that

Resveratrol, due to its strong antioxidative effects, was able to preserve the important metabolic pathways involved in erectile function and also provided functional protection as demonstrated with ICP (Intracavernosal pressures inside the penis) measurements.

Resveratrol, a potent antioxidant, can potentially be used as a supplementary agent in patients who undergo radiotherapy in order to protect the erectile function caused by the concomitant RT-induced oxidative stress. Nevertheless, these results should be reinforced with further clinical studies.

While a clinical study would be nice, many men here are facing the prospect of RT in the very near future, or may have just begun or completed a round of RT.

Resveratrol supplements have been around for a while. They are unlikely to hurt you. This study shows that there are good reasons to think resveratrol will protect and preserve the ability to get and maintain erections.

So, small chance of harm, unknown but probably much larger chance of real benefit. If you don't mind the cost, it seems like an easy choice.

I take Longevinex brand. No financial interest, just a satisfied customer. They fund some scientific research and make a good case that their product is better protected against oxidation and degradation than most competitors. 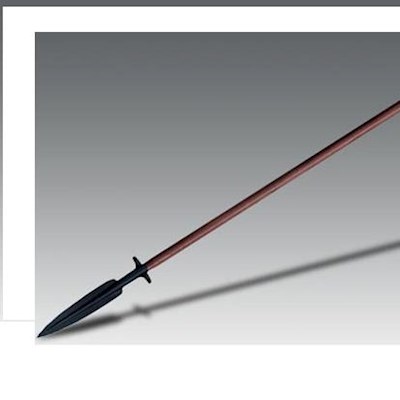 FCoffey
To view profiles and participate in discussions please or .
Read more about...
6 Replies
•

A word of warning here.

The x-rays in radiation therapy damage the DNA molecules in tumor cells by driving electrons away from them, effectively oxidizing them and causing them to react with other atoms. That damages the function of the DNA and, over a period of time, will kill the tumor cells. The period of time might be days, weeks, months, or potentially even longer (my own PSA nadir occurred more than 5 years after my radiation treatment.)

Will antioxidants reduce the effectiveness of radiation?

I googled to find the answer to this but my limited searching produced no results. Some experts and some studies say antioxidants are bad for radiation therapy and some actually say they're good.

So what should you do? I certainly don't know but I thought I should at least alert everyone to the issue.

There are many possible secondary effects that could explain a 5-year post-radiation nadir. You're probably on other treatments, perhaps ADT. Even if nothing else is given, it's possible that the damaged PCa cells trigger the immune system, which is partially or completely blinded in cancers. If the immune system goes to work, it can slowly overcome the cancer.

There are many other possible reasons. But rest assured that antioxidants do NOT reduce the effectiveness of radiation.

A review article published 10 years ago in the Journal of the National Cancer Institute did a deep dive on the question of whether radiation treatment is compromised by taking antioxidants.

There are no human studies which have reported a reduced efficacy of either chemotherapy or radiation therapy when co-administered with antioxidants. None.

Numerous studies have reported reduced side effects and improved treatment tolerance when chemotherapy or radiation therapy is co-administered with antioxidants.

The vast majority of studies show no tumor protection with antioxidants and chemotherapy or radiation. There are a few animal and cell studies which have shown a reduced efficacy of radiation therapy and chemotherapy.

The FDA approved Amifostine, a very potent antioxidant drug, for use during radiation therapy and chemotherapy to protect sensitive tissues from damaging effects. Amifostine was originally developed by the U.S. Army Anti-Radiation Drug Development Program for its ability to protect against damage caused by ionizing radiation.

The FDA approval was based on an extensive review which found no reduction in the efficacy of radiation therapy or chemotherapy when Amifostine is administered during treatment.

So the FDA approved a very powerful, manmade antioxidant drug for use during chemo and radiation, while some doctors continue to argue against the use of much weaker antioxidants like green tea, vitamin C, or resveratrol.

I had seen the abstract of the article from the Journal of the National Cancer Institute but had not looked at the full text. My interpretation of the article is different from yours.

The abstract concludes with this sentence:

"On the basis of our review of the published randomized clinical trials, we conclude that the use of supplemental antioxidants during chemotherapy and radiation therapy should be discouraged because of the possibility of tumor protection and reduced survival."

In the body of the text, have a look at the randomized human clinical trial with 540 patients conducted by Bairati et al. In the discussion of Bairati, the authors of the JNCI article say:

"The most concerning data are presented in a subsequent publication by Bairati et al. ( 17 ) on the same cohort of patients. In this article, they demonstrate that the patients who received antioxidants had statistically significant poorer overall survival."

These trials are not conclusive. Some other trials produced different conclusions and the Ferraira trial didn't have enough participants to ensure the statistical significance of the outcomes. There were also questions raised about confounding factors and, in addition, the trials were conducted on different kinds of cancer and with different antioxidants. None used resveratrol.

All in all, I think the body of this article supports the conclusion in the abstract that "... supplemental antioxidants ... should be discouraged because of the possibility of tumor protection and reduced survival."

So, unless there is later information explaining away the results cited in the JNCI article, I still think radiation patients would be wise to forego the use of antioxidants at least during the period just before and during the radiation itself.

Although it is tempting to take anything that might be helpful to prevent ED or provide other potential benefits it is also important to understand that only human clinical trials can determine whether supplementation is useful for humans. I certainly have tried supplements in the past. When I was first diagnosed I bought $40 worth of PSA lowering food supplements. I still have most of them. There are some positive benefits from taking something that you believe in and you have a 50% chance of a placebo response, but there can also be negative effects too. These are called nocebo with unpleasant symptoms at about the same percentage. It may work or it may not, but until there is a human clinical trial you will be the guinea pig. Other physical and psychological aspects with humans might be involved with ED even for someone with PC. For me performance anxiety or a low libido requires me to make sure I have taken my 3 Sildenafil and that my wife is into it first.

A pubmed search of clinical trials involving resveratrol returns 176 hits. While there doesn't appear to be a trial directed at preventing ED after RT for PCa, the sheer number of trails suggests that if there were significant risks associated with taking resveratrol, they would be known. Given the medical industry's and our local insufferable narcissist's relentless hostility to any and all supplements, if there was negative information out there it would be shouted from the rooftops.

Primary Radiotherapy May Not Increase Survival in Men Under 70 Years Old!

are seeing more younger men diagnosed with prostate cancer. There was a study done to evaluate the...

Possible Treatments with Recurrence after Radiation?

Exceptions to \"early salvage\" radiation treatment for recurrence after prostatectomy