Tapering: Is there a link between tapering and... - PMRGCAuk

Is there a link between tapering and having a flushed face every morning? I'm now down to 4 mg pred from 60mg June 2017,when I was diagnosed with GCA.

Over the past week I developed a bright red flushed face every morning. Seems to reduce during the day.

Would this be anything to do with my Adrenal glands kicking in?

Has anyone else among the very knowledgeable people here, experienced this? 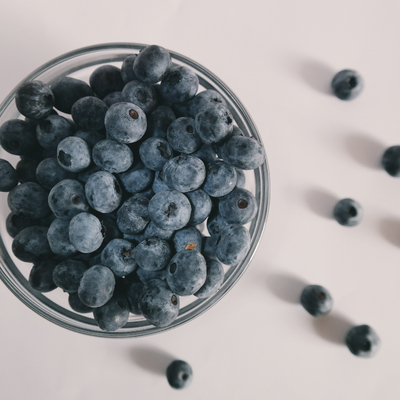 Robert09
To view profiles and participate in discussions please or .
11 Replies
•

I have looked in the bathroom mirror at a rather dusky pink face in the early hours. Like everything else, it passed.

I get horrid head sweats and a flushed face every time I reduce, I have been on 5mg for 4 months now and it doesn't happen quite so much in the mornings, but the slightest anxiety, even normal anxiety, and the flush comes. mine are similar to the menopause, which I think is unfair as nobody should have two menopause's. I think it must be hormonal.

I have red cheeks when I wake up in the morning. It then disappears after a while. I am on 3.5 mg. Haven’t given it too much consideration as am busy concentrating on all the other aches and pains and strange sensations!

Nanor in reply to ClarkB

Thank you for this reply...I am having the same issue only recently after almost 3 years on Pred.....going from 20mg initially to 6mg now....had been down to 2.5mg last summer ...but climbed back up to 5mg...for months..as not feeling 100%...increased to 6mg this week due to perspiration on forehead which PMR Pro suggested might indicate an impending flare....so. the merry-go-round continues! Your post has saved me sending out another query post! Thank you!

ClarkB in reply to Nanor

I tend to get the red cheeks in a morning, but not every day. This morning was sweating! I’m due to start 2.5mg /3mg next week. I don’t want to climb back up as I already have osteoporosis, and have been on Pred since last Jan at 20mg. Not even sure what a flare up is, as I feel pretty much the same most of the time, except recently weird stabbing, particularly my leg, but can strike anywhere!

Nanor in reply to ClarkB

Thank you for reply! Good luck with reduction!

I get hot flushes sometimes at different times of the day.(not menopausal )

I also get flushed cheeks sometimes in the evenings.They actually make me look quite healthy!I have often wondered about them .I too thought about the Adrenals but no one has replied to that bit yet.Im on 6 1/2 mags at the moment.

Good luck to you Robert09

Robert09 in reply to Dewdrop456

All very odd, but I guess possible a response from our medication !!!!!

I used to get very flushed cheeks in an evening, sometimes they would feel bumpy too but by morning back to normal. I thought it might be wine but it wasn’t any different if l drank wine or not! 🍷 It gradually ceased as l decreased The Prednisolone but interestingly enough it was very similar to a high colour I’m sporting at the moment with this Virus/Cough.

Thank you all for your comments

I have been getting flushed cheeks since beginning of this journey. One good thing - no need for blusher. I have to agree with Helyowl about the unfairness of 2nd menopause.

I up my dosage? The rheumatologist says taper at 1/2 mg every 2 months. Is that correct? I got to...

To Taper or Not?

and/bilateral arm pain about an hour before morning dose, sometimes during the day and sometimes...

My tapering from 15mg to 6mg had been pretty uneventful. However on 12th August I went to 5and a...