If any of you fellow PKDers are interested I have a new link to my blog.

Hope all you anxious and frightened recently diagnosed PKDers can find some comfort and hope in it. There’s plenty of things you can do to slow the disease down and live a fantastic and healthy life. 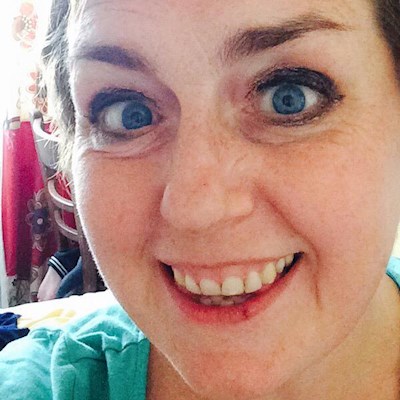 JDelve
To view profiles and participate in discussions please or .
11 Replies
•

just had a look at your blog - nice to read, thanks for posting! Just wondering, what sort of things do you do to slow the disease? I saw you take herbs for some conditions, have you considered herbs for PKD? There's research on some of the Chinese herbs, and there are a few native herbs that have been used traditionally for kidney disease and to slow decline. Obviously there's not tons of research, and you have to be careful because herbs can also do a lot of harm in kidney disease, but when used by a qualified practitioner they have huge potential. There's also a lot you can do with diet. I really like this website, especially for foods to increase endothelial function which is implicated in kidney disease and high blood pressure: nutritionfacts.org/.

PKDC-AdminPartner in reply to atropa

There is no evidence that herbs, Chinese or otherwise, can slow disease decline. You should avoid anything that is not known to be tested for cooking use or that has labels without ingredients listing.

atropa in reply to PKDC-Admin

It depends what you mean by evidence. There aren't many large number clinical RCTs on herbs for CKD, for various reasons. One being that it's very hard to get ethical approval. There are small scale clinical trials as well as in vivo (which I do not support) and in vitro. It's not enough evidence for NICE guidelines to recommend the wholesale use of a herb, but there are promising herbs which deserve more rigorous testing. And also most herbs have hundreds or thousands of years of empirical use and therefore a reasonable safety profile. Treatment by a qualified professional can be good alternative to say Tolvaptan, or to waiting for kidney failure, or as an adjunct to conventional treatment. Not appropriate for everyone of course, but not to be dismissed outright. I'm just mentioning it to give people all the options. I agree about not using unlabelled items, and would also add not to buy herbs or medicines from unknown sources over the internet.

Incidentally, a lot of food items have not been tested as safe in CKD. I always worry about parsley for example, which can be a bit harsh on the kidneys, and yet is okayed by some kidney charities.

JDelve in reply to atropa

Thanks for your post. It’s such a tough one, since I’m no expert, and we get such little help from our Nephrologists - well, I don’t at least. When it comes to diet and nutrition the only thing they seem to say is, watch your salt content and drink water. That’s about it. I just read a lot and go by what feels and sounds right. I tried Chinese Medicine years ago when I was pregnant with my oldest child and she’d been diagnosed already. Now, I’m prepared to try anything, and will quite happily down anything gross if I think it’s doing me good. I had to stew up a concoction of herbs everyday, herbs that were for the kidneys. It was foul stuff, and I got to the point I couldn’t even smell it without gagging (probably not helped by being pregnant). It was expensive as well. So I stopped. Who knows if it was doing any good. I’d love to hear any findings on it though. The herbs and spices I use on a regular basis are nettles, dandelions, turmeric and cinnamon. I make an infusion of the herbs and then make a paste out spices using coconut oil. My go to resource for safe herbs, and all food stuff is: PKDiet.com. It’s brilliant, it’s a tough one though, since it basically advocates a strict wholefood vegan diet, with no refined sugars and processed foods. I believe it’s the way to go. Also I have strong suspicion that drinking a lot of water can slow the development of the cysts right down. I try to drink at least 3 litres of water a day. Check out the blog entry on water and Tolvaptan for details on that. Also getting weight down to normal levels and plenty of exercise, to keep bp healthy. I’ll check out your suggested website I love reading anything I can get hold of. Who knows if what I do will actually slow the disease down, it’s hard to say since it’s such a slow burner anyway. But my thinking is if I can slow it down then fantastic, but if the disease catches up with me eventually, I want to be in the healthiest state I can be, to face whatever I have to deal with. That’s no bad thing. Thanks for your comments.

atropa in reply to JDelve

thanks for your reply! I think that's a very sensible approach - to get lots of information and try to stay as healthy as possible in general. Nice selection of herbs (in my opinion) - is it nettle leaf and dandelion leaf? They're both gentle diuretics, safe as long as kidney function is still ok. I'm asking because nettle seed is used by some to improve eGFR, but there aren't any clinical trials, only a couple a case reports. Are you aware there's two types of cinnamon? The Ceylon/Sri Lanka one (Cinnamomum zeylanicum or verum) is much safer than the Chinese one (Cinnamomum cassia). If you take it daily I think it could make a difference. Very brave of you to take herbs during pregnancy - lots of herbs are not proven to be safe in pregnancy, especially in the first trimester, but if prescribed by a competent practitioner should be safe of course.

I read your article about Tolvaptan and water, and read about the research comparing this, very interesting.

I know about the PKDiet.com website, and would just say to make sure you stick to a balanced diet as their advice is very restrictive and there is no good evidence for its benefit in PKD or CKD. They list any evidence they can find without qualitative assessment, a lot of it is laboratory or animal testing which may not have a relevance to humans at all.

Do you know about this blog? Very informative, written by a GP: roughlykidneyshaped.wordpre...

JDelve in reply to atropa

Hi there! Yes, nettle and dandelion leaf. My kidney function is still fine, thank goodness, so a gentle diuretic is good. Great for energy, and treating fatigue. There’s lots of other nutritious benefits as well. I’ve looked into the seeds, and yes, they certainly look very beneficial. I took them for a while (ages ago) mixed them into raw honey. I ran out, and always meant to forage my own, but never got round to it! I may need to look back to those again. Yes, I take Ceylon Cinnamon.

I totally agree with your opinions regarding the PKDiet. I don’t follow it to the letter. I’m not vegan, although mostly vegetarian. I still eat tomatoes and potatoes, despite the fact they say we need to avoid all the nightshades. I have a young family, and it would be so hard to be 100% wholefood vegan, as well as no nightshade family. If I was on my own, it would probably be different. But I have had to relent a little. So, I try to live as whole foods as possible, with lots of vegan meals. But we sometimes have cheese and treats. I made waffles this morning using oat flour, bananas, coconut sugar and maple syrup. My children were so excited until they saw they were ‘Mums healthy ones!!’ Oh well. I thought they tasted good!! Haha!

atropa in reply to JDelve

That all sounds excellent! Tomatoes and potatoes are perfectly healthy foods for most of us, it's just some people who are sensitive to them. I agree about diet - it's all about balance. Especially if you have children, you can't be too strict about things (unless you have pretty good reasons (ie you're Coeliac or diabetic), and it's so important to enjoy food as well.

PKDC-AdminPartner in reply to atropa

I am sure there are some herbs that deserve testing and some foods that may be harmful. However, on a forum run by the PKD Charity, we cannot allow posts suggesting dietary options that have no supporting evidence.

atropa in reply to PKDC-Admin

Ok, in that case I apologise. I didn't see anything in the 'about' section that explained the posting rules. Could you explain which definition of evidence you use, please? Evidence is really not a clearcut thing. I'm hoping it's not just Cochrane reviews that are allowed!

What a good read!

The link between PKD and brain anerysms

Hi Finding it difficult to find others who have PKD and brain anerysms that are linked with this...

Just recovering from getting new Kidney, at second call-in. Was EGFR 7 so was very tired. Blood...

Not a Death Sentence!

MY LIFE IN PKD📸

depressed with my life, living with this disease, unable to fully really enjoy my life, the...

Recently discovered cysts on kidneys and liver during CAT scan for fibroids.

so worried I can hardly sleep. Please does anyone have the same symptoms as I do. Do you know how...