Hi everyone, currently 15w pregnant with first baby. Just wondered when I will feel baby move and what it will feel like. Any experiences to share please? Thanks 🙂 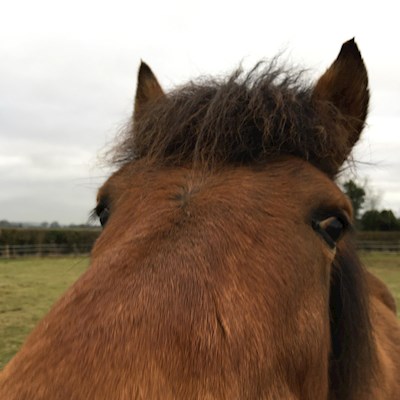 Baypony
To view profiles and participate in discussions please or .
15 Replies
•

It’s amazing, I felt first flutters at about 17 weeks. Just felt like little bubbles popping in my tummy. Very odd sensation and you try to hone in to every movement your body makes. Once they start to really move you know what to expect. It’s mad having a scan and seeing the baby move but you can’t quite feel it yet 😊 let us know how you get on x

I was 17 weeks I felt flutters like I constantly had butterfly's it felt funny but amazing but I felt actual movement's between 20 and 28 weeks. it felt so amazing

I was about 23 weeks but thinking back it might have been earlier but wasn’t sure what it felt like. It was like a rolling and bubbling sensation. I had an anterior placenta so wasn’t always obvious x

Mine was around 17w as well. It felt like a 🦋 butterfly tried to move around his wings to me - very gentle movements - slightly ticklish.

Around 17 weeks for me. It was like little fluttering movements. You know when you get a trapped nerve/muscle twitch? Perhaps you get one in your eye sometimes? A bit like that xx

Vicky-01 in reply to Tugsgirl

Yes that's exactly how I would describe it!

Mine started at around 17/18 weeks and first strong one was around 19 weeks.

Tugsgirl in reply to Vicky-01

No mistaking movements at 38 weeks, my stage now! They take my breath away sometimes and seem to set off Braxton-Hicks lol. You don’t imagine those little movements will ever get so uncomfortable 😅😬 xx

Tell me 😜 38 weeks tomorrow. Sometimes I jump up or scream a bit when the little one kicks me 🙈 I thought she'll run our of space by now to do all those kicks and jabs, but no... And Braxton Hicks with my second now, started very early , sometimes need to stop moving and breathe it though (describe it as tightening in tummy and someone trying to strangle me at the same time) , also my colostrum leakage started early (12w) and violent nausea lasted for over 3 months...😪

Braxton-Hicks had me awake in the night (not that I’m sleeping particularly well anyway) and unable to get back to sleep as they kept coming! Thought I was in labour but they eventually eased off 😅 Having more today though xx

Thanks Ladies, looks like I have several weeks to go yet then. Just so excited to feel the baby move. So far i’m just feeling fat and sick 😂 Hopefully when I feel the movement it be a bit more real for me.

19 weeks and it felt like a popping bubble. I started feeling them daily from 20 weeks. X

At 18 weeks i felt first movements, the sensation was like bubbles popping under the skin. Always happened more when sitting still and eventually at a regular time each day

I felt the movements - a series of kicks - at 15 weeks - got really luckily feeling it so early (having a posterior placenta helped I think). On the few weeks running up to this I had the very occasional sudden ‘twitch’ sensation which would last about a second, I thought it was a kick it as they were one-offs but I couldn’t be sure until they came all in a row (turned out these were kicks too as felt exactly the same). My friends with anterior placentas felt theirs at 23 &24 weeks - so had to wait much longer. It’s the best and most beautiful feeling when you get it xx

I was about 19 weeks but at first wasn't sure if it was the baby or just my stomach digesting, it feels like bubbles /butterflies. I think by week 21/22 I started recognising the movements better

You'll probably start feeling flutters around 19 weeks. I'm 20 weeks on Friday and I feel the protruding bumps already but already; but then this is my second.

Not sure if this is first feeling of movement?

presently 20weeks pregnant with my first child. I learned I'm supposed to be feeling the baby's...

felt any movement. I do have an anterior placenta so I’ve been told it may delay me feeling any...

last day. - is this normal? Is it because the baby has moved and now in a different position so the...

Not feeling any movement at 19 weeks

my 3rd pregnancy and I still haven't felt the baby move yet. I had a midwife app at 16weeks and my...