For men with Relpsing ​Remitting ms - My MSAA Community

Fellas banish your ego at the door. I should know better, I do know better. Just because the very attractive 27-year-old woman beside me at the gym is doing 180Lbs on the leg machine beside me does not mean that I should follow suit. I m 50, of course, she can do that. She does it regularly she claims, I have not done it in a while.Ahh my ego gets me into so much trouble, but it was worth it she was very cute. Old age and ego get us into so much trouble, but you do have to try otherwise what is the point and where is the fun. 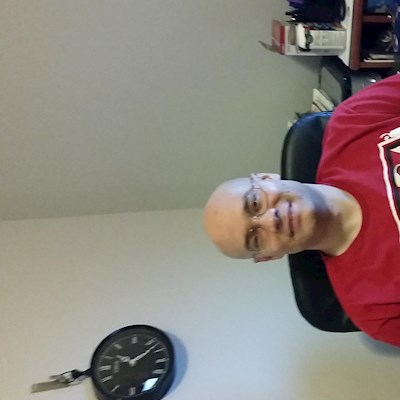 RoyceNewton
To view profiles and participate in discussions please or .
16 Replies
•

Hey, if that pretty young woman got you to do more, then great! Of course that only applies if the hurt that you feel tomorrow isn’t permanent.

oh no its not as I actually can do much closer to 250 when I practise,

I've got you by four years and I still try to show off around my husband by performing feats of strength!

I used to carry him around on my back into my forties,(he is a big guy too) then MS kicked in and changed things.I still have pretty good strength, but nothing like it used to be.

I believe I'd auger into the ground if I tried that now.

When I was first diagnosed, my friend's mom who had MS said use it or lose it.She felt that she was in a wheelchair prematurely because of her lack of movement/exercise when she was able to do it.

I have exercised regularly since about the age of twenty-nine years,never missing more than one week at a time (vacations,usually) I recently missed three weeks.I noticed a change (not a good one) when I went back to my routine.

Use it or lose it.

RoyceNewton in reply to falalalala

ha ha, use it or lose it, that is without a doubt true. I'll let you guess the bit I lost,

falalalala in reply to RoyceNewton

Raingrrl in reply to falalalala

You are so right about use it or lose it falalalala! In the last year and a half that I've been regularly exercising, I’ve improved my overall health, attitude and strength which I’m convinced helps to stabilize my MS. (Better late than never!) I’ve noticed that if I skip too many days, I do regress. I’m young in spirit but not in body so it’s even more important for me to keep it up.

falalalala in reply to Raingrrl

I know that it helps my MS and I do think that it held it off for a number of years before I was officially diagnosed.

Men aren't the only ones with an ego. Back when I was a young private in the Army my unit was getting our vehicles ready for a big exercise. Our unit mechanic was a teeny 5'2" Staff Sergeant. She looked scrawny. Well a staff sergeant from one of the tanker units came over to our motor pool to borrow something. He was about 6'4" and muscle bound. He saw our mechanic and me and started going off about how women are weak and shouldn't be allowed in the military. One of my squad members made a very disparaging comment about his intelligence. But our mechanic just rolled her eyes and walked over to get a ladder in the corner of the maintenance bay. Brought it over to the 5 ton truck she was working on and propped it against the truck. Then she walked over to her work bench and picked up a tool box that was almost as big as she was. She was carrying it like it was nothing. Then she started to climb the ladder and with one foot still planted firmly on the floor, she asked the tanker staff sergeant to hold the toolbox for her while she climbed the ladder because she couldn't maintain the 3 point contact requirement while also holding the toolbox. She held it up over to him with either 2 or 3 fingers. I couldn't tell which from where I was standing. With a very snotty tone of voice he said he'd hold it for her. She asked if he was sure that he had good hold of it and with the same snotty tone he said that he did. She let go of it and his arm very quickly dropped down and he nearly dropped it! She just looked at him, cocked her head to one side and said "What's the matter? You act like it's heavy." He shutup about women being weak and my entire squad and i were doubled over laughing. 😂😂🤣😂🤣Neither she nor I ever liked being called "weak" and would go out of our way to prove that we could hold our own against any guy.

way to go, the young lady certainly showed me up this morning and I deserved it, in my defence I have me, so that is my excuse

women are hardly weak, you should see my Mum.

falalalala in reply to Peruzzot

Now, If you 'walked' out of the gym, AFTER your sets, without a pained look on your face, then I would be impressed.

Great job on giving it a shot. I do a lot of things I shouldn't be doing. Even though I wipe out the rest of my day it helps my ego and sense of accomplishment. Great job.

RoyceNewton First of all, 50 is not old. Oh, yes I know all the tropes: age is only a number, you are only as old as you feel, and 50 is the new ????(obviously don't know that trope well), fifty is half a century...but as I am old enough to be your mother, and still upright, sentient, and kicking (so to speak, though not very well at present), stop this! We can have this conversation again when you are 80 and I am 108 and compare notes then. Until then, marvel at all the pretty young things, appreciate the wonder of our humanity, and don't pull a muscle trying to show off.

be alright, this is a very doable condition. Challenging, frustrating, very confusing, but without

talking to all of you ladies!

Besides Allen and Bill I would very much like to talk to more men...

here has some form of ms for life, very long lives I hope.

Hello. My dad is 91 years old and has MS. He has been accusing my mom of having an affair. Why and...

well a fatigue issues. She indicated that she thought I may have MS so she sent me to a neurologist

Any suggestions on how to work on getting my legs up on the ...

When you run out of spoons!

New member of my family!💕