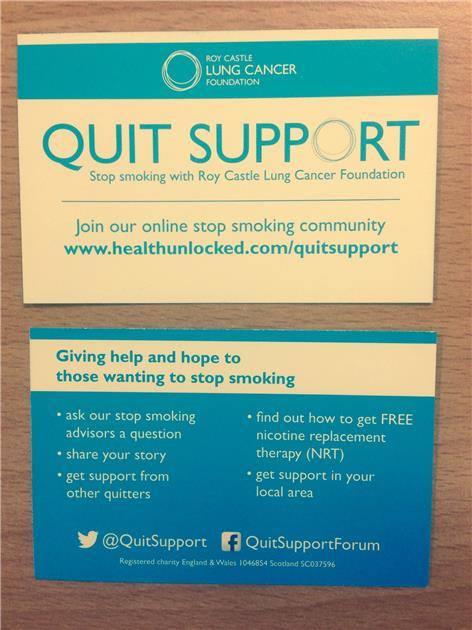 Hi everyone, When you get lung cancer people automatically say "do you smoke"

Its time to get rid of this stigma attached to cancer. Anyone can get cancer whether they smoke or not. When I was asked if I smoked I replied yes and do you drink alcohol or eat massive burgers, everyone has some habit that could possibly kill them.

My point is, if you smoke dont feel guilty. When I was told it was lung cancer I blamed myself, where in fact studying my life and environment I didnt know any better.

However I quit smoking 9 months before I found about my cancer. I saw patients struggling to go out for a smoke , with no help at all.

This is why if you need help and really want to quit smoking , just go to

or go into " my hub " and enter quit support.

myself and others will help you on your journey , without any pressure .

I am no expert on cancer , but if I can help in a small way its worth it. 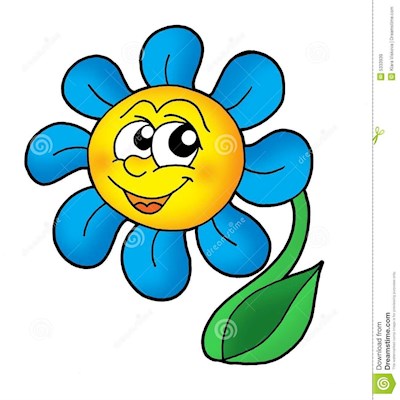 jillygirl
To view profiles and participate in discussions please or .
Read more about...
20 Replies
•

He has a good nurse there.

My dad blames his smoking for him getting lung cancer but he did give up cigarettes over twenty years ago when he was diagnosed with Emphysema.I gave up smoking 13 years ago but I smoked for about 17 years. I tried many times to stop but I always restarted.

When I finally stopped I knew I would never smoke again, I used nothing to aid me stopping but in my mind I just imagined the smell, how bad they are for you, I imagined dirty cigarette butts floating in water in an ashtray.

Yes it is so worth it. I felt controlled by cigarettes so I feel so free to not need them or to have to plan things in my day around having a fag.

Also save a lot of money instead of letting it literally go up in flames.

I stopped smoking 21 years ago and got lung cancer.

I was brought up with a room full of smokers in the 70s . All the doors were shut and it was like a tap room.

So really looking at it I smoked from being a baby.

Yes my house was the same. At least future generations have a better chance in life.

jillygirl in reply to Bow-19

This year marks 27 years since Roy Castle died and he never smoked a cigarette in his life. As many of you are aware he was exposed to secondhand smoke whilst playing the trumpet in smoked filled venues. His legacy is continuing to fund vital research into lung cancer. Anything that raises the awareness of anyone getting lung cancer has to be applauded.The Roy Castle Support Team

As a never smoker diagnosed with lung cancer I was shocked 'til I read an article in Radio Times by Robert Peston about losing his first wife to it, then read an article by Cassandra Jardine ( a journalist) who'd had similar symptoms to me and diagnosed with advanced lung cancer then meeting the indomitable Lyn Barrington, patient advocate and CNS who spent much of her 4 years and 4 months post diagnosis campaigning with Roy Castle foundation to raise awareness of never smoking lung cancer. Lyn and I spent an evening in Dublin wracking our brains what might have contributed in our situations but so little was known. Thankfully in the 10 years since my diagnosis more is being learnt all the time - other countries are recording much more data about smoking such as whether patients had mothers who smoked during pregnancy, were raised in smoky environments or worked in smoky environments. Smoking does cause harm in many ways but not everyone who smokes develops lung cancer and many never smokers do so it's more complex than we've been led to believe. I think the phrase 'anyone with lungs can develop lung cancer' should be understood by medics too to ensure those who know something isn't right are investigated irrespective of those less aware. Many health conditions are worsened by lifestyle choices including diabetes and heart conditions but don't attract stigma... I still get asked my smoking history by clinicians - but recognise that in recent years, research has proven higher tumour mutation burden in smokers with more targets for drugs to reach in an era of more personalised medicine so often the question can relate to treatment not judgement. Well done for quitting - and encouraging others. Smoking should be recognised as the addiction it is - and more onus put on tobacco companies who lure people in at a young age - and once the brain is hooked on nicotine, it's incredibly hard to wean off. if the stigma should be anywhere, it should be for manufacturers and distributers/sellers. keep up the good work.

Thanks Janette, I have been helping with the Roy Castle Lung foundation for about 8 years now. I think now and again people need a reminder of what smoking can do to your body.I wish all cancer patients a full recovery . We will beat this disease and addictions one day.

Hi jillygirlI totally agree with you

People automatically ask me the question about whether I smoke or not when I tell them I have lung cancer.

For example, I had a appointment with occupational health (a nurse) and was asked “ do you smoke? Then she quickly added” I’m not judging you, I just wondered” obviously I told her, just by asking me, she was judging me and I asked “ how would my answer impact upon the outcome of our appointment. To her credit she apologised but it shows just how bad the stigma and the wrong assumption that lung cancer is just related to people who smoke

On other occasions I have replied” why are you asking, if I say yes, do I deserve it or if I say no, will you pity me? Should see the expression on people’s faces when I say this, but after being asked loads of times, it gets you down and makes you angry.

It is marvellous that you want to help those that want to stop smoking and please continue to reassure people that they shouldn’t blame themselves for getting this awful disease. The message forwards should always be” if you’ve got lungs, then you can get cancer”

Learn from yesterday, live for today, hope for tomorrow . The important thing is not to stop questioning (Albert Einstein)

jillygirl in reply to Sa15

Thank you for replying , it just points out how people think or should I say dont think.Take care.

As a never smoker (never even tried one ever!), very fit and diagnosed with non curable lung cancer last year, I agree that this needs a much higher profile due to the stigma attached to lung cancer - as though it is somehow your fault. This wouldn't be the same with breast cancer, for example. Like many others I was brought up in a house full of adult smokers ( perversely none of them developed lung cancer) and never wanted to follow suit. I've also worked in labs where, in the past, many toxic substances were sloshed about that are now banned or only used in a fume cabinet. Maybe these situations contributed to my cancer - but then again maybe not; just bad luck perhaps. I don't tell everyone about my cancer but when I do tell people, because of the associated stigma, I feel that I have to add a caveat that I have never smoked, rather than wait for the person to ask.Good luck with your work in encouraging people to stop smoking, anything that will help others to avoid developing this disease. Mags 👍

Thanks for your reply Mags, Its interesting to get peoples views . You take care .

I feel similarly Mags, and my partner still says to me 'why do you feel the need to tell people you've never smoked?' but he has diabetes (lifestyle driven) and hasn't had the best diet (not what he eats at home) and rarely exercised completely the opposite to me yet I had the cancer diagnosis. However having watched my dad with bowel cancer in his 50s (twice) who'd hardly drank, never smoked and was thin as a rake, that set the picture for my understanding that not all cancers suggested to be lifestyle driven are.... I know Andrew Strauss has contributed to recent campaigns after losing his wife (46) as Robert Peston did before him.... we just need it to reach wider audiences and become part of everyone's understanding....

Effects of not smoking

signs of cancer at present, but I am getting the awful urge to start coughing like mad. Thank you...

Hi everyone My 66 year old healthy beautiful dear mother was diagnosed with stage 3b lung cancer...

hospital stopped this when they discovered her tumour in the right upper lung. They were going to...

this is when the cancer word was mentioned. She has had a ct scan & a tracheostomy and the cancer...